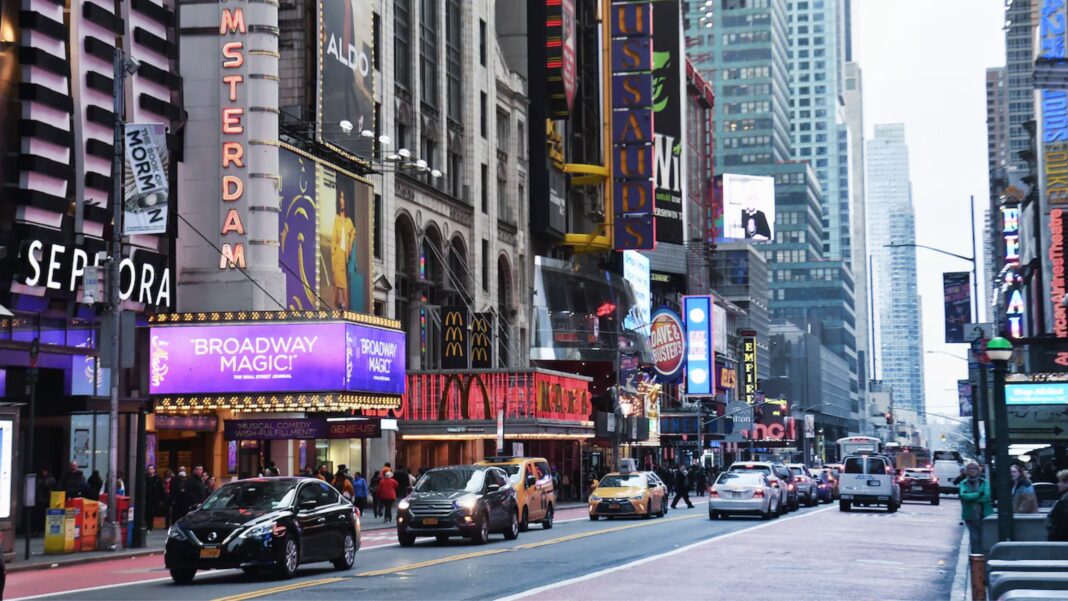 A Broadway star who says he was fired over his Christian faith and a tweet about far-reaching pandemic limitations on worship services in his home state last year has taken the issue to court.

Chad Kimball was one of the original cast members of the hit musical, “Come From Away,” which is based on the incredible true story of a small, Newfoundland town which hosted thousands of stranded passengers from all over the world after their flights were suddenly grounded following the 9/11 terror attacks in New York City and Washington, D.C.

While the musical highlights the eternal values of loving one’s neighbor regardless of skin color, nationality, gender, and religion, Kimball says that these values were not extended to him when a tweet criticizing Washington state’s prohibition on singing during worship services during the pandemic sparked backlash.

“The Broadway musical ‘Come From Way’ is a story about a small town welcoming people from around the world on 9/11, regardless of creed, race or religion,” he wrote in an Instagram post. “However, as the complaint I have filed alleges, some associated with the show have lost sight of that message and have not shown me the same kindness.”

His lawsuit against the show producer, Kiss The Cod Broadway, and the management company, Alchemy Production Group, states that he was “unlawfully terminated … because [his] religious beliefs simply made them uncomfortable.”

“Christians can sometimes be looked down upon in the theater world. Historically, the theater community is made up largely of marginalized members of society. Unfortunately, there’s been friction between them and the church,” Kimball told The New York Post.

While Kimball wishes all the best for his former cast members and colleagues and was happy to work alongside those who are different than him, he does believe that Christians have a right to stand up when they become the subject of discrimination.

“Jesus never commanded us to not defend ourselves,” he told the paper. “As Christians, we are commanded to seek out justice, truth and restoration. The law gives us opportunities to do all of those things.”

His termination came after a November, 2020 tweet he issued as the show was on hiatus due to the pandemic and he was staying in his home state of Washington.

When Governor Jay Inslee tweeted out pandemic-related guidelines for churches that noted worshippers would not be allowed to sing, this was too much for the Tony-nominated musical star, to whom singing is an essential aspect of his faith.

“Respectfully, I will never allow a Governor, or anyone, to stop me from SINGING, let alone sing in worship to my God. Folks, absolute POWER corrupts ABSOLUTELY. This is not about safety. It’s about POWER. I will respectfully disobey these unlawful orders,” he wrote.

The tweet, issued from an account that he told the Post rarely got much attention previously, sparked swift backlash and when he ultimately reached out to the production company to let them know what was going on, it wasn’t long before he got the distinct impression that they had no plans to support him as he faced criticism.

However, it was only after the Capitol Hill riot on January 6 that he says the producers, somehow tying his tweet together with the outrage over the 2020 election and the subsequent breach of the Capitol Building, finally told him he was a liability.

The suit alleges that he was contacted with “concerns” that “events at the Capitol, Josh Hawley and the Conservative Christian movement were tied together and implied a connection between Mr. Kimball, by virtue of his faith, to the ideas and actions of the January 6, 2021 events at the US Capitol.”

He was finally fired on January 22.

“I pray for those involved with the show to have nothing but the best,” he says. “The show has an important message of accepting all who come to your door regardless of what they believe. The problem is that it did not apply to me when it should have.”

“This situation, this thing that happened to me, it has been life-changing,” he also told the Post. “I lost my purpose, I lost my job, I lost my way. It’s been hard and it’s been depressing but it hasn’t destroyed me. I have turned to God to seek his mercy and wisdom.”

Kimball, who has routinely posted to social media messages which are critical of government overreach and “cancel culture,” defended his decision to take legal action.

“I hope those at the show who are not a party to this discrimination will understand that I cannot stand by and allow the violation of my protected civil rights go unchallenged: By God’s grace, every one of us has worth,” he tweeted.

David Fiorazo a month after the events of January 6th warned that many on the left were using the incident to attempt to frame Christians as “domestic terrorists.”

“The New York Times published one of many alarming articles. This one was titled, ‘The Capitol Insurrection Was as Christian Nationalist as It Gets.,'” Fiorazo described. “Socialists and globalists have already convinced people that Christianity is intolerant and patriotism is divisive. But we must not allow the left to turn our love for God and respect for our country into something shameful, wrong, or dangerous.”

“Missouri Senator, Josh Hawley shared his concerns about what the left is laying the groundwork for to divide Americans and use the Capitol breach to frame all Christians, conservatives, Republicans, and freedom-loving citizens as domestic terrorists or right-wing extremists,” Fiorazo wrote.

This same stunt was pulled, when concerned parents were similarly branded as “domestic terrorists” for pushing back against the progressive narrative which is hurting children and destroying the Judeo-Christian values America was founded on.

Christians have often received the brunt of this demonization, due to the fact that Biblical morality runs in sharp contrast to the secular agendas of our world.

Many would be surprised to learn that the Bible warned of this rising hostility to Believers, specifically in the generation nearing the return of Christ.

2 Timothy 3 is an astonishing chapter that provides a list of characteristics that will permeate humanity in the “last days.”

Mike Golay, the Director of Operations of Behold Israel, referred to this chapter in a special message he delivered in Washington, stating:

“Did you know that the Bible, and even Christian literature written after the New Testament, predict that in the end times there will be a noticeable global spike in people’s character rotting? I am very sad to say that this world that we are living in now is really deteriorating fast into a rot that we have never seen before.”

Among other characteristics, 2 Timothy 3 describes a society in which “men of corrupt minds” would “resist the truth” and be “reprobate concerning the faith” (2 Timothy 3:1,8-9). Furthermore, we read that in the time prior to Jesus’ return, “all who live godly in Christ” will “suffer persecution” (2 Timothy 3:12).

Tony Perkins, President of the Family Research Council, writing about the growing hostility towards Christians in our culture, wrote:

Right now, our spiritual enemy is desperate to separate Christians from the source of our strength — to force us to take our faith in Christ underground. But the minute we surrender to that temptation, the minute we downplay the word of God so as “not to offend,” we lose the very distinctive that makes unbelievers notice…

That doesn’t mean standing by those principles is easy. As the growing hostility toward religious freedom shows, we need to be prepared for conflict. Paul was. In his letter to the Ephesians, he made it very clear that we are to stand our ground, taking up the “whole armor of God.” Even this great man of God recognized that he needed help doing that in the face of opposition. “Pray for me that I will open my mouth boldly to make known the mystery of the gospel for which I am an ambassador in chains; that in it I would speak boldly as I ought to speak.”

Silence is not an option — it wasn’t then, and it can’t be now. We must speak the truth when people want to hear it — and even when they don’t.