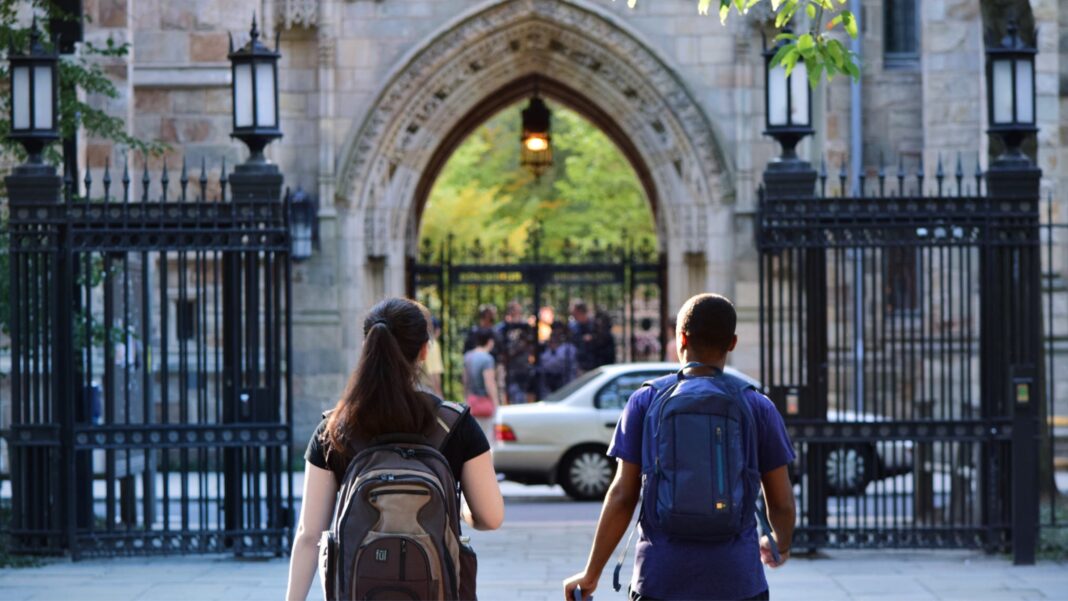 Yale University, one of America’s most elite institutions, hosted a racist lecturer who expressed deep-seated animus against white people.

In an official lecture called “The Psychopathic Problem of the White Mind,” given by Aruna Khilanani at the Yale School of Medicine’s Department of Child Study Center, Khilanani graphically described her fantasy about killing and burying white people, saying, “I had fantasies of unloading a revolver into the heads of any white person that got in my way, burying their body, and wiping my bloody hands as I walked away relatively guiltless with a bounce in my step. Like I did the world a f—— favor.”

When The Federalist inquired about this comment, Khilanani responded, saying “You are having a psychoanalyst talk about fantasy in relationship to writing. Everyone has fantasies, dreams. nightmares. Not being in contact with your unconscious is what causes problems. In order to fully understand what I am saying, Yale would have to release the full video.”

“Bari Weiss is using her platform to distort my message: Here’s the real story: How did substack get audio of my talk immediately, after MONTHS of my trying to obtain a copy and have Yale release it,” she continued. “This perpetuates the suppression of voices of POC. I would have loved to share my story first, but at the end of the day it comes down to Bari Weiss and Linda Mayes. But talking about how two white women have immediate access to my work , with me being on the sideline of my content and my story, is the real racism, right?”

The audio, which can be found here, includes a number of racially charged remarks directed at white people, including, “White people are out of their minds and they have been for a long time,” as well as, “We keep forgetting that directly talking about race is a waste of our breath. We are asking a demented, violent predator who thinks that they are a saint or a superhero, to accept responsibility. It ain’t gonna happen. They have five holes in their brain. It’s like banging your head against a brick wall.”

Khilanani’s animus against white people extends into her personal life, as she noted that she had made it her goal to “cut out everything white,” describing her motivation behind cutting off white friends and leaving institutions she considered too white.

“There are no good apples,” Khilanani remarked. “White people make my blood boil.”

One of the “Learning Objectives” of Yale’s event was to “Understand how white people are psychologically dependent on black rage.” Meanwhile, the “Needs Assessment” section lamented the number of “Karen” videos that have circulated on social media.

This lecture at one of America’s top universities occurred as critical race theory continues to find its way into schools throughout the country, prompting backlash from parents.