What Does The Bible Say About Rioting? 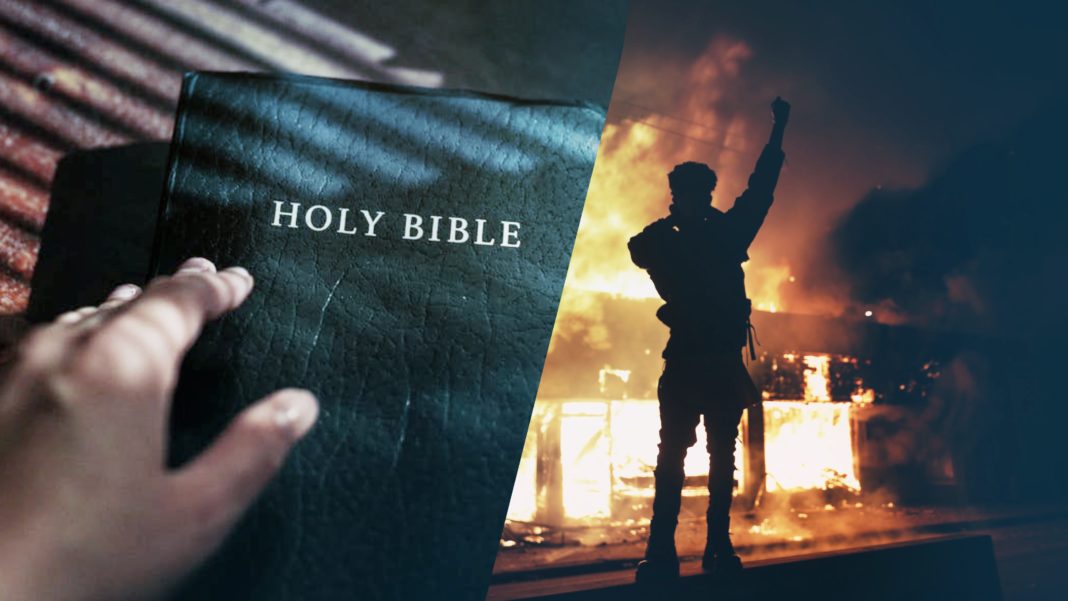 In a time where rioting has broken out across major cities in the United States, it is important that we understand what the Bible says about these things.

We are living in perilous times (2 Timothy 3:1-5) and the Bible speaks of an increase in lawlessness, violence and racial division in these last days (Matthew 24:7,12,37). We as Christians are called to walk as children of the day, especially as the coming of our Lord and saviour approaches:

What does the Bible say about Rioting?

A riot is a violent, noisy disturbance of the peace by a crowd. Riots usually result in property damage and injuries to people. We are seeing an increasing number of riots across the world, fueled by everything from race to religion. Sometimes a peaceful gathering can turn into a riot when something triggers strong emotion among the majority of attendees. Often those who are rioting believe themselves in the right as they passionately express their opinions en masse. But are they right? Does the Bible say anything about rioting?

The Bible mentions a few riots, none of them favorably. Paul was the victim of rioters on several occasions (2 Corinthians 6:5; Acts 17:5; 19:23–41). In each case, jealousy and deception were at the heart of the riot. It was the hate-filled agenda of the instigators that fired up the townspeople, many of whom were not even sure of the issues at stake. The fact that most of the Ephesian rioters “did not even know why they were there” says volumes about the mob mentality in Acts 19:32:

Acts 19:32 KJV – “Some therefore cried one thing, and some another: for the assembly was confused: and the more part knew not wherefore they were come together.”

The most infamous riot in the Bible occurred during Jesus’ trial before Pilate. The governor had found no fault in Him (Luke 23:4; John 19:4). However, the chief scribes and religious leaders were determined to kill Jesus, so they stirred up the crowd (Matthew 27:20; Mark 15:11). Here we have a clue as to the nature of most riots. Many of those in the crowd had seen Jesus’ miracles, heard Him teaching in their synagogues, and may have even been healed by Him. Yet, under the influence of impassioned leaders, they quickly turned against Him. The same people who had shouted “Hosanna! Hosanna!” only days before (Mark 11:9–10) now shouted, “Crucify Him!” (Mark 15:13–14)

Most riots begin with an instigator, someone with an agenda. Riots may appear to be spontaneous outbursts of unified outrage, but closer investigation usually reveals people behind the scenes stirring up the passions of the crowd. Those who expect to benefit from the riot may use inflammatory speech, exaggerated details, and the cooperation of a few colleagues to make the riot seem spontaneous. In other words, those who incite riots today use the same tactics that the scribes and Pharisees used in Jesus’ day.

People caught up in the fervor of the moment don’t realize they are being used. They have been manipulated into believing they are making a righteous point by pillaging and indiscriminately destroying the property of others. Social pressure is a powerful motivator, and when everyone around us is inflamed with fury, shouting opinions and slogans and demanding “change,” it is easy to be swept along with the crowd. It would be interesting to know how many of those who demanded Jesus’ crucifixion later regretted it when passions cooled. We have one glimpse into a possible change of heart in Luke 23:47. A centurion who had helped with Jesus’ crucifixion suddenly realized what he had done and said, “Surely this was a righteous man!”

Rioting is a form of lawlessness, which the Bible condemns (1 John 3:4). Even if the rioters are seeking to advance a just cause, they are going about it in a sinful way. As the city clerk of Ephesus reminded the rioters in his city, “The courts are open and there are proconsuls. . . . If there is anything further you want to bring up, it must be settled in a legal assembly” (Acts 19:38–39). To be lawless is to consider oneself an exception to the law or to act as though there were no law. The lawless think rules don’t apply to them, and they become a law unto themselves. That’s what happens in a riot. Even normally law-abiding people can become inflamed with fury and self-righteousness and decide that their cause is worth breaking legal, moral, and ethical laws. They may destroy property, hinder transportation, harm innocent bystanders, and tie up law enforcement personnel who could be spending their time on more worthy pursuits. Rioters place themselves and their leaders above the law, and that is sin (Romans 13:1–2). Anger, especially when motivated by vengeance or spread by self-seeking rabble-rousers, is never a trustworthy guide (James 1:20). Those who allow themselves to be controlled by it may become foolish participants in ungodly riots.