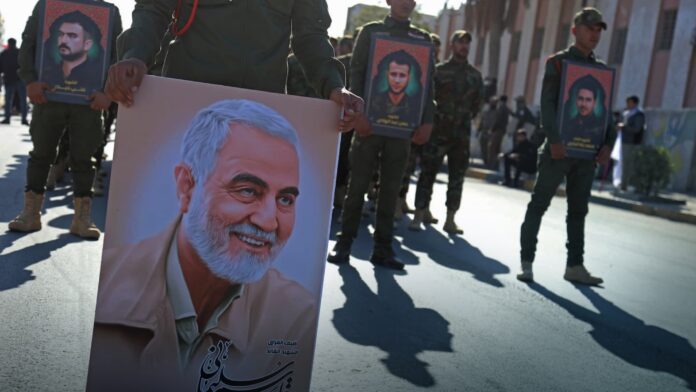 As the anniversary of Qassem Soleimani’s death approaches this weekend, the US is making all of the necessary preparations for a potential Iranian attack in Iraq; McKenzie: We do not seek conflict, but no one should underestimate our ability to defend our forces or to act decisively in response to any attack.

The ongoing tension between the Islamic Republic of Iran and the United States is on the rise as both countries approach the anniversary of the death of General Qassem Soleimani on January 3rd. Soleimani was the commander of the Quds Force – the special operations branch of the Islamic Revolutionary Guard Corps (IRGC), which is heavily involved in clandestine operations.

Soleimani was killed via an unmanned aerial vehicle (UAV) strike outside of the Baghdad International Airport in on January 3, 2020. In addition to the former commander, several others were killed, including the leader of another Iranian proxy, Kataib Hezbollah.

Iraq has become a focal point in recent weeks, as multiple rocket attacks have taken place targeting the US embassy in Baghdad, a site that Iranian proxies have attacked numerous times. More recently, an attack occurred during the visit of Marine Gen. Kenneth “Frank” McKenzie, who is also the chief of US Central Command (CENTCOM).

McKenzie recently stated, “The United States continues to deploy combat-ready capabilities into the U.S. Central Command area of responsibility to deter any potential adversary, and make clear that we are ready and able to respond to any aggression directed at Americans or our interests. We do not seek conflict, but no one should underestimate our ability to defend our forces or to act decisively in response to any attack.”

The Iraqis fear that as tension grows between Iran and the US, Iraq is going to become the epicenter of the conflict once again. This comes on the heels of recent Iranian-backed attacks on the US embassy, in addition to the Iranian regime’s desire to avenge Soleimani’s death.

US President Trump recently warned the regime that he would hold Iran responsible if even one US soldier should die in Iraq.