The Trump administration has cut off China’s Huawei from being able to receive products from Taiwan Semiconductor Manufacturing Co Ltd (TSMC), which is the world’s largest manufacturer of advanced microchips.

TSMC “has stopped new orders from Huawei Technologies in response to Washington’s move aimed at further limiting chip supplies to the Chinese company,” Reuters reported. “A new rule, unveiled by the U.S. Commerce Department on Friday, expands U.S. authority to require licenses for sales to Huawei of semiconductors made abroad with U.S. technology, vastly expanding its reach to halt exports to the world’s No. 2 smartphone maker.”

The news hit Beijing hard with the Chinese Communist Party (CCP) responding that it will take “all necessary measures” to respond to the devastating news technology restrictions.

The CCP claimed that the moves by the U.S. federal government threaten the “global industrial and supply chain” and that it is an abuse of power.

“The U.S. uses state power, under the so-called excuse of national security, and abuses export control measures to continuously oppress and contain specific enterprises of other countries,” the communist regime said in a statement.

The CCP published propaganda in their state-run Global Times in a piece titled, “China readies biggest counterattack against US,” which said that China would “take forceful countermeasures.” China threatened to target specific Americans as well as “putting US companies on an ‘unreliable entity list,’ launching investigations and imposing restrictions on US companies such as Apple, and halting purchase of Boeing airplanes.”

The threats from China come after TSMC announced last week that it would build a new factory in Arizona as part of a $12 billion deal that it reached with the U.S. that will “create over 1,600 high-tech professional jobs directly, and thousands of indirect jobs in the semiconductor ecosystem,” the company said in a statement.

“TSMC welcomes continued strong partnership with the U.S. administration and the State of Arizona on this project,” the company added. “The strong investment climate in the United States, and its talented workforce make this and future investments in the U.S. attractive to TSMC. U.S. adoption of forward-looking investment policies to enable a globally competitive environment for a leading edge semiconductor technology operation in the U.S. will be crucial to the success of this project.”

The move by the Trump administration against Huawei comes after China repeatedly lied about the coronavirus pandemic that originated in Wuhan and has proven not to be a trustworthy nation that operates in good faith.

“Within the next five years, 5G global territory and application dominance will be determined,” Barr said. “The question is whether, within this window, the United States and our allies can mount sufficient competition to Huawei to retain and capture enough market share to sustain the kind of long-term and robust competitive position necessary to avoid surrendering dominance to the Chinese.”

“From a national security standpoint, if the Industrial Internet becomes dependent on Chinese technology, China would have the ability to shut countries off from technology and equipment upon which their consumers and industry depend,” said the attorney general. “The power the United States has today to use economic sanctions would pale by comparison to the unprecedented economic leverage we would be surrendering into the hands of China.”

“The time is very short. We and our allies have to act quickly. While much has to be done, it is imperative to make two decisions right away,” Barr added.  “Throughout history, free societies have faced regimented adversaries.  At critical junctures, they have achieved the unity and purpose necessary to prevail, not because they have been compelled to do so, but because they freely chose to do so.  We must make that choice today.” 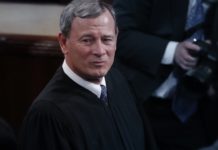 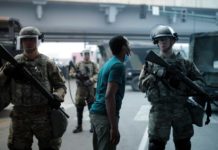 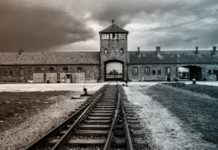