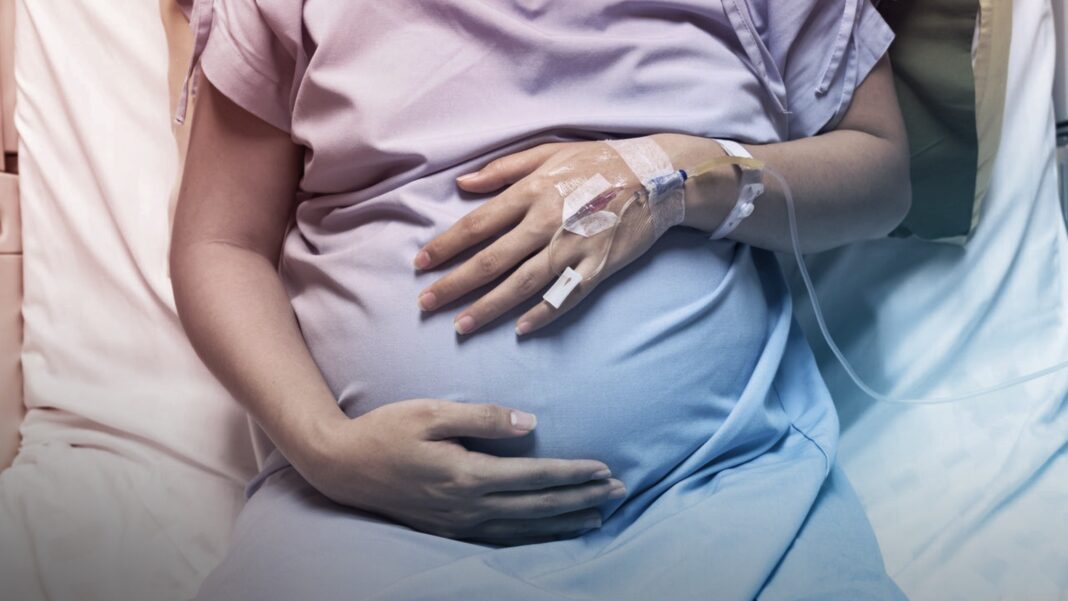 One of Texas’ largest abortion clinics rushed to perform “67 abortions in 17 hours” ahead of a deadline that would effectively ban most abortions in the state after six weeks – the time a fetal heartbeat can be detected.

The Texas law behind the new restrictions went into effect at 12 a.m. Wednesday morning, apparently prompting numerous women in the state to quickly get abortions when they may have been waiting to do so. The 19th News, a feminist news outlet started by two former Texas Tribune employees, reported the increased abortions at Whole Woman’s Health in Fort Worth, Texas, describing a waiting room full of patients as well as a line outside.

The outlet, of course, reported the story as tragic due to the Texas law.

It described Sadler, the director of clinical services, as figuring the clinic needed to perform “eight abortions an hour with only one doctor on duty, an octogenarian who had been working since 7 a.m.”

The outlet attempts to use one woman’s story for emotional purposes – a pregnant drug user about to go to prison for five years and who already had three kids. The woman was already 12 weeks pregnant and had just arrived to the clinic for her first appointment, meaning that under already existing Texas law she would be unable to receive an abortion due to a 24-hour waiting period.

Of all the women who suddenly showed up that night for last-minute abortions, Sadler seemed to feel the worst for the one heading to jail, telling the 19th News she thought about the woman while driving home from the clinic after being unable to provide abortions to all the women who wanted them that night.

Just before midnight, the clinic finished its last abortion, having performed 67 abortion procedures in just 17 hours – or about four abortions an hour. They’d also “seen 60 people who had taken medication to abort at home to confirm that — yes, the process was complete, and they wouldn’t be left in limbo.”

The outlet described the abortion-clinic workers as being able to “savor” their work that day but feeling dismayed that they couldn’t perform more abortions the next day for women who were further than six weeks along in their pregnancies.

As The Daily Wire reported, the Texas law was one of many “heartbeat bills” passed to limit abortions. Polling consistently shows Americans’ approval of abortion drops significantly after the first three months, and the heartbeat bills would restrict abortions to the first six weeks of pregnancy. The reason the Texas bill wasn’t stayed like other similar bills from other states is because it “authorizes civil — not criminal penalties,” The Daily Wire reported.

“In the novel legal strategy, the state Legislature designed the law to prevent government officials from directly enforcing it. The move was meant to make it much more difficult to bring a pre-enforcement challenge because there are not the usual government officials to hold accountable in court,” CNN reported. “Instead, the law allows private citizens — anywhere in the country — to bring civil suits against anyone who assists a pregnant person seeking an abortion in violation of the ban.”

Under the Texas law, doctors, clinic staff members, counselors, and anyone who participates in paying for the abortion or helping the woman obtain the abortion would be liable if the woman’s abortion occurred beyond six weeks in the pregnancy.

“Plaintiffs, who need not have any connection to the matter or show any injury from it, are entitled to $10,000 and their legal fees recovered if they win. Prevailing defendants are not entitled to legal fees,” The New York Times reported.

Abortion is the murder of a baby in its mother’s womb. It can be described in various ways to make it appear more palatable, and certainly many have heaped to themselves people who will tickle their ears on this important topic. However, abortion is not a “choice,” or a “right.” It is very plainly the intentional killing of a child.

The new Texas pro-life law has sparked much outcry from the political left, including from President Joe Biden. Ken Ham, Founder and CEO of Answers In Genesis, in response to Biden’s remarks, stated, “If the President really wanted to save lives, he would not only support this law but also be doing all he can to stop abortion altogether. Abortion is child sacrifice to the god of self–the murder of children. And it happens on a daily basis in the USA & around the world. ‘You shall not murder.’ (Exodus 20:13).”

Furthermore, to hear Whole Woman’s Health abortion clinic express their drive and delight to perform as many abortions as possible, “savoring” the procedures and only regretting they could not commit more, is incredibly disturbing. There is only one way to accurately describe the blood lust we see here: satanic.

In the Bible we read:

John 8:44 KJV – “Ye are of your father the devil, and the lusts of your father ye will do. He was a murderer from the beginning, and abode not in the truth, because there is no truth in him. When he speaketh a lie, he speaketh of his own: for he is a liar, and the father of it.”

Romans 1:18 KJV – “For the wrath of God is revealed from heaven against all ungodliness and unrighteousness of men, who hold [supress] the truth in unrighteousness”

Cissie Graham Lynch, daughter of Franklin Graham, in a recent article, explained that abortion today is identical to previous cults that practiced child sacrifice; only now, we are sacrificing to the “god of self”:

In the Old Testament, some Israelites were won over to the cult of the pagan god Molech, which required child sacrifice (see Jeremiah 32:35). It turns my stomach to think of turning one’s child over to be burned in an offering to an idol! Yet in a sense, that’s what abortion is all about. Only now, instead of a metal statue with the head of a bull and the body of a man, the idol has become the individual.

Think about it. Very few abortions happen because the life or health of the mother is actually at risk. Rather, women talk about “my life,” “my dreams,” “my choice.” They sacrifice their own babies to the idol of self! The Bible says, “There will be terrible times in the last days. People will be lovers of themselves …” (2 Timothy 3:1-2).

Many have asked, how long will God allow such incredible evils to take place? It seems that there is no fear of God in our society!

In America, we now have the most pro-abortion administration in our history. The horrors of the senseless murder of our most vulnerable grieve my heart. Will not the Lord hold our nation accountable as we continue to elect Congressman and Senators who not only actively promote abortion, but also refuse to outlaw infanticide for babies who survive the horrors of abortion? He absolutely will.

the Lord indeed sees the bloodshed, deception, oppression, and vileness rampant in the U.S. And I believe He will intervene much sooner than most imagine; His answer is already on the way. He will not let wickedness of our day continue unchecked.

Scripture assures us that God will someday pour out His wrath on sinful humanity in what it refers to as the day of the Lord. The book of Revelation adds more detail to this time in what we refer to as the tribulation, a seven-year time of horror upon the earth.

The New Testament assures believers, however, that the Lord will take us home to heaven before the start of this time of wrath upon the earth. In 1 Thessalonians 1:10 and 5:9-10, the apostle Paul confirms that Jesus will come for His Church before the onset of the terrible day of the Lord (see Isaiah 13:9-13; 24:3-20), which includes all of the tribulation period.

How much longer will the Lord’s patience endure in view of the senseless bloodshed and exceeding wickedness that grows worse by the day? How much more distress will we see before our departure from this world?

It would be very wrong to set a date for the Rapture, but one would be equally mistaken to assume that it will not happen in the very near future.