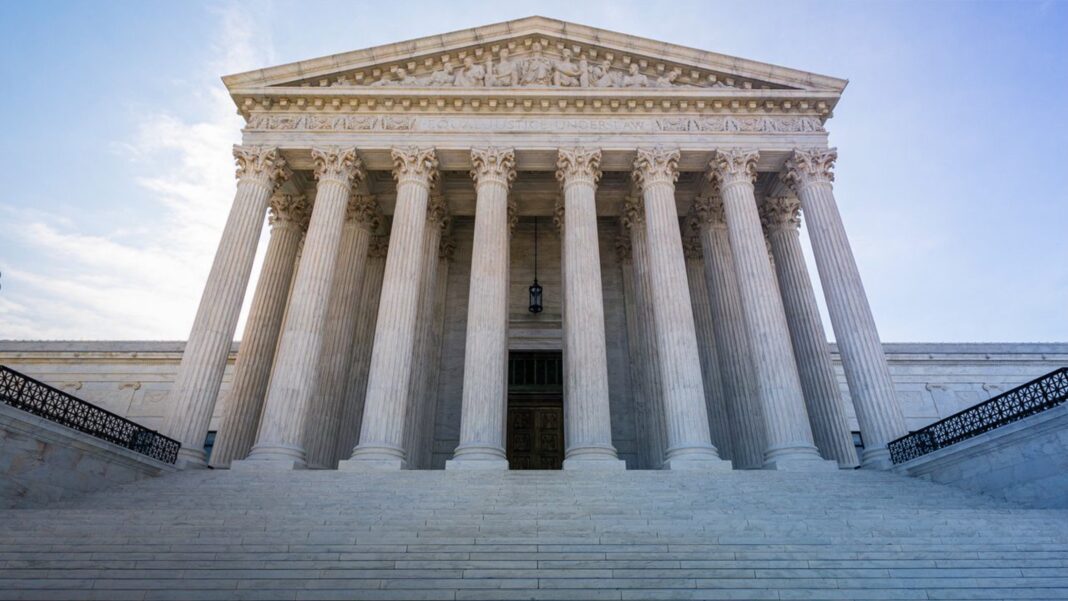 President Joe Biden may have created a commission to look at packing the Supreme Court with additional justices, but several members of Congress aren’t waiting for the results. This week, one senator and three congressmen introduced The Judiciary Act of 2021, which would add four additional justices to be appointed by President Biden.

Christians should take note that these efforts to pack the court could jeopardize their hard-fought wins in recent years at the court regarding religious freedom and free speech.

“We’re here today because the United States Supreme Court is broken,” Markey said, “It is out of balance. It needs to be fixed.”

The bill’s sponsors were fairly forthcoming that a major purpose for the legislation was to change the ideological balance from the current 6-3 conservative majority to a 7-6 liberal one. The speakers repeatedly charged that two seats on the current court – those held by Justice Neil Gorsuch and Justice Amy Coney Barrett – were “stolen” from Democrats, and they promised that their bill would be the remedy for that “wrong.”

It’s uncertain whether the bill is even supported by other Democrats. Speaker of the House Nancy Pelosi, D-Calif., said Thursday that although she’s open to enlarging the size of the Supreme Court, she has no intention of bringing the new bill up for a vote.

But, she added, “I have no plans to bring it to the floor.”

Meanwhile, conservatives unsatisfied with either this latest bill or Biden’s commission are taking steps to counter those efforts.

Last Tuesday, in the wake of Biden’s announcement of the formation of the commission, six conservative members of the House introduced a constitutional amendment that would make the nine-justice composition of the court permanent. Such an amendment would require a two-thirds vote of the House and Senate, and ratification by three-fourths of the state legislatures.

Given the highly divided political nature of Congress at the moment, a two-thirds vote on nearly any legislation appears unlikely, so the proposed amendment won’t get far.

First Liberty Institute (FLI), one of the nation’s premier legal organizations and defender of religious freedom, has announced a campaign called SupremeCoup.com to raise awareness of the potential harms to our freedoms stemming from any attempt to pack the Supreme Court.

“When you do that, you destroy the independence of the judiciary,” FLI’s President and CEO Kelly Shackelford said in this video. “It’s really a coup on our Supreme Court.”

Back in the 1930s, when President Franklin Delano Roosevelt attempted to pack the Supreme Court to add additional justices after becoming frustrated with the court’s rulings, even his own party turned against him, said Shackelford. “It’s tyranny” to use the political branches of government to attempt to control the judicial branch’s decisions, he added.

FLI’s website contains historical research into other instances around the world where court-packing has been used with unfortunate results.

Another legal expert on the Supreme Court is Ed Whelan, past president of the Ethics and Public Policy Center, perhaps best known as a former law clerk for Justice Antonin Scalia and for his blogging on judicial issues at National Review’s “BenchMemos.” Regarding the new bill to add four justices, Whelan doubts it will be successful.

“The bill is very unlikely to be enacted,” Whelan writes. “President Biden refused to support Court-packing in the presidential campaign, and he probably would have been defeated if he had supported it. The commission on Court reforms that he has instead set up will take a long time to produce a report that is very unlikely to support Court-packing.”

Recent decisions of the high court regarding religious freedom that affirm the right of worshippers to gather together with their church families during the COVID-19 pandemic have been a cause for optimism among believers that the court is finally exhibiting a profound respect for our “First Freedom.” Threats to pack the court in order to undo those decisions or to preserve the abortion status quo of Roe v. Wade are clearly a concern for the country’s Christians.

Franklin Graham has spoken out about the threat of packing the Supreme Court saying it is vitality important that Americans “realize these dangers”:

“Court-packing would allow agenda-driven activist judges to literally steal the role of Congress & create law themselves rather than applying the law as written by Congress. We need to pray that the American people realize these dangers.”

When most people think of “lawlessness,” they may picture in their minds images of looting, arson, rioting, etc. However, an important form of “lawlessness,” comes in a very different package: political and government corruption.

This type deals with corrupt world powers who do not abide by the law (internally or internationally) and are not held accountable for violating those laws.

To pack the Supreme Court of the United States, for the purpose of filling it with radical democrat justices that will not adhere to the constitution, is corrupt and lawless behavior. If they were to be successful, it would obliterate the guaranteed freedoms given to Americans and would make quick work of dismantling the country’s Judeo-Christian values.

2 Timothy 3 tells us that people of our generation would have “corrupt minds,” “resist the truth,” and hate Believers in Christ and their Biblical values. We are also told in the Bible that the last days would be characterized by lawlessness (Matthew 24:12).

As our world becomes more increasingly blatant in its corruption, the stage is being set for the “lawless one,” also known as the antichrist, to arrive on the world scene.

“The Lord Jesus Himself said that when believers see the things that are now beginning to take place, we’re to “look up” because He (our Redeemer) is drawing near (Luke 21:28).”