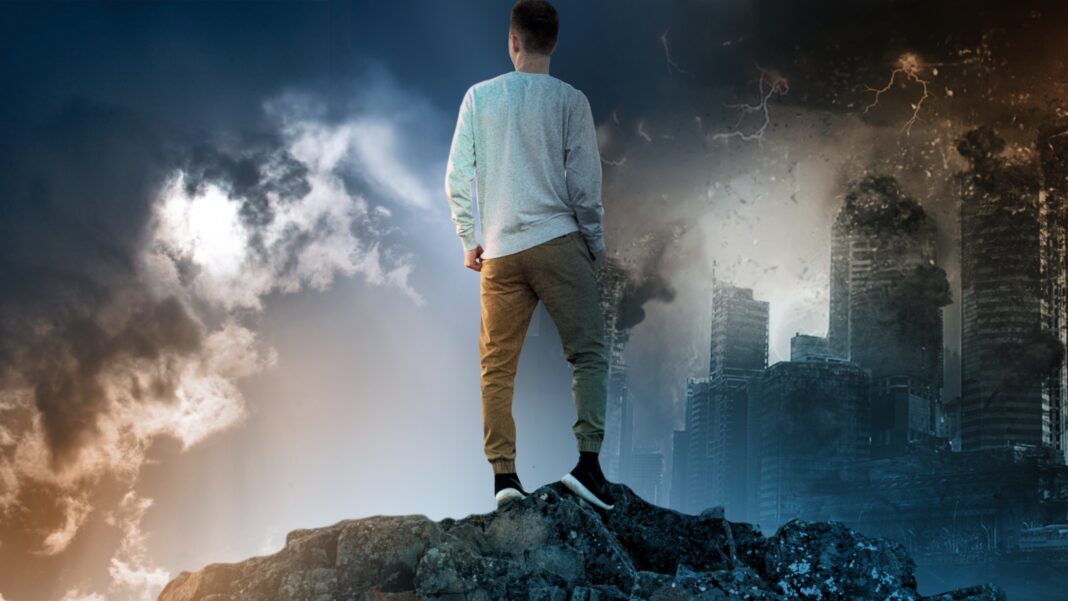 During this troubling movement into ever-increasing evil, those among Bible teachers, writers, broadcasters, et al., who proclaim there is to be no pre-Tribulation Rapture are having a field day. They feed the business of prepping for a dystopian world. They stoke the fears of those who agree that life as it’s been known here in America will collapse into a Mad Max-type struggle for existence any day now.

And, in a way, they can’t be blamed. Everything points to a profound loss of sense of reality. End-times insanity certainly seems unstoppable while mankind moves farther and farther from God and toward that time John described in the book of Revelation.

Hearing podcasts today that talk of the horrors to come is disturbing. Not hearing anything about what is coming from the pulpits of most churches is even more disturbing. What disturbs most is that nothing is being told of the truth that Jesus Himself promises: the glorious calling of the Church into His presence at a time of enveloping darkness, like what’s taking place now.

I recently began listening to a particular podcast because I wanted to hear the host’s take on the stealing of the 2020 presidential election. After I heard that, I continued to listen as much out of daily habit as for any other reason.

The blog’s host paints—correctly, for the most part—a bleak future just ahead for the nation and the world. He points out the globalist minions who want to bring the rest of us under their domination. He includes that he believes the vaccines are all part of the control they intend to establish. They are, he offers, designed to do physical harm to recipients in order to bring the world’s population down dramatically over the ensuing months and years—i.e., he insists the vaccines will interact with immune systems in deleterious ways to cause people to die from the vaccines’ effects.

He believes the world—and the US, in particular—is in for some of the darkest times in human history. Only a few will survive.

And this is where he loses my attention. He says only those who prepare properly will survive—that is, those who are true patriots with a godly or morality-based belief system.

The globalists elite and others of the would-be rulers will submerge into their extravagant underground bunkers and even fully-equipped-for-survival cities.

Folks without these resources will still be able to survive if they follow the prepper rules for survival, including buying survival products such as those offered in his store.

When the blog host began talking in terms of his belief in God—even in Jesus Christ—and his acceptance that the book of Revelation speaks of exactly the time of coming unprecedented trouble he is talking about, my interest was piqued.

He is apparently friends with a couple of well-known writers who delve into the subject of the hard times ahead for the nation and world. These are known to come against any notion of the Rapture of the Church. They’ve even on occasion scoffed at the idea of a pre-Trib movement of God’s people out of harm’s way. Christians will go through the Tribulation, but if properly prepared, will be kept more or less safe by God, they insist. Therefore, they must stock up and brace for the great hardships to come in order to survive.

I perceive that the blog host is, if he is a true believer—and I believe he is—he is a very immature one. That is, he has no understanding of Truth found in God’s Word in regard to prophecy yet future. I gather this opinion based upon several months now of listening.

When he began talking about the judgment and wrath in Revelation, earnestly imploring people to prepare to go through those times, I could do no other than find his email through a close friend who knows one of the men I mentioned earlier—one who is not a pre-Tribber. I emailed the blog host an offer to send him several of my books dealing with exactly the time of terrible trouble to come he’d been talking about. I also told him that his friends who teach against the Rapture are wrong, and, since he says he wants to consider all sides of matters, I wanted to present him with the truth about Christians not going through that coming time of horror.

I haven’t heard back from him. To even consider an alternate possibility to the position his anti-Rapture associates teach would go against his—and their—business models, as well as against their belief system regarding Bible prophecy.

I sensed, however, that I should make the effort to provide truth on that most glorious promise of our Lord that we will be delivered from the time of evil the likes of which mankind has never before seen.

Things going on in every facet of life at this moment, to the observant Bible prophecy student, point to very dark times ahead. The blog host I mention sees a moment coming when things will suddenly and catastrophically change. He thinks it will be brought about by the sudden fall of the US dollar as prime currency for the world, or because of some other financial disaster. Everything will collapse around the people of the nation and the world, and only those who are prepared—by having essentials of life stored, etc.—will survive. Billions will eventually die, he proclaims.

He is right about the coming calamity, except for being able to store enough gold, silver, and food to survive, and the cause of the catastrophic crash and movement into that world that will make the fictional era of Mad Max seem tame and rational by comparison.

That great, catastrophic time of unprecedented trouble will take place when millions of believers are called to be with their Lord in the heavenly clouds above this wrath-bound planet. That moment is drawing near. We can be sure of this because the Lord Jesus Himself said that when believers see the things that are now beginning to take place, we’re to “look up” because He (our Redeemer) is drawing near (Luke 21:28).

My friend Pete Garcia and I are just completing a book on all of this, to be released in a few months, titled THE DISAPPEARING: Future Shocks That Will Rock the World.

The Apostle Paul says the following to what looks to be this generation:

1 Thessalonians 4:13–18 KJV – “But I would not have you to be ignorant, brethren, concerning them which are asleep, that ye sorrow not, even as others which have no hope. For if we believe that Jesus died and rose again, even so them also which sleep in Jesus will God bring with him. For this we say unto you by the word of the Lord, that we which are alive and remain unto the coming of the Lord shall not prevent them which are asleep. For the Lord himself shall descend from heaven with a shout, with the voice of the archangel, and with the trump of God: and the dead in Christ shall rise first: Then we which are alive and remain shall be caught up together with them in the clouds, to meet the Lord in the air: and so shall we ever be with the Lord. Wherefore comfort one another with these words.”

Why Is A Biblically Sound View Of Eternity So Essential?

Living In ‘Interesting’ Times: A Blessing Or A Curse?