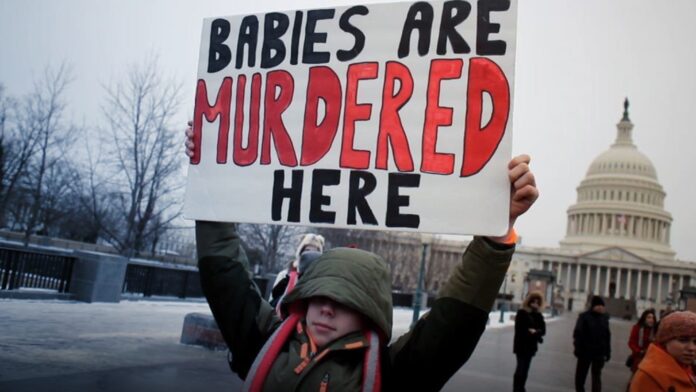 Marcus Pittman was excited about his new documentary, “Babies Are Still Murdered Here,” which was released in October 2019. As director and producer, he put in a lot of work to ensure the film’s message, aesthetics, audio, and more were just right. Pittman was even more thrilled when it was added to Amazon’s Prime Video in December 2019, making it easier for people to watch.

According to Pittman, the sequel to “Babies are Murdered Here” addresses the gap between pro-life intervention and activism on the local level. The film’s description says the documentary investigated “deep underpinnings of major national lobbyist groups to find out why after 46 years Babies Are Still Murdered Here.” The film aims “to open eyes and hearts to the truth.”

“’Babies Are Still Murdered Here’ talks about the need for local pastors to address their local city governments and get involved in city council meetings and local and state legislature as a means to end abortion,” Pittman told The Federalist.

The project was produced in conjunction with End Abortion Now, an organization devoted to showing that “equal justice is afforded to unborn children through righteous legislation that criminalizes the act.”

“We believe that it is the responsibility of the Church to fight abortion as Christians who stand on the Word of God. It is our humble assertion that the modern day Pro-Life movement has failed to end abortion because they have abandoned this sure foundation and elected to fight on the basis of neutrality rather than Scripture. This has had major implications for how we see, treat and legislate against abortion,” their website explains. “The heartbeat of End Abortion Now is to proclaim the Good News of forgiveness and salvation, to help mothers and fathers considering abortion, and to see that equal justice is afforded to unborn children through righteous legislation that criminalizes the act.”

“I started getting messages saying that nobody could watch the movie. That’s when I logged in to find that the movie was removed and they gave me a message,” Pittman says.

The message claims the film was removed because “this title does not meet our customer content quality expectations” and because they received “customer feedback.” Pittman, however, said he never signed a content agreement with Amazon.

“Amazon Prime lets pretty much anybody upload their movies to Amazon Prime. There isn’t really a content distributor because anybody can upload their films, which makes it all the more crazy,” Pittman said.

He also said that, despite Amazon’s claims of negative customer feedback, the film has received an overwhelming number of good reviews on Amazon and other platforms. As of August, 89 percent of the film’s 344 customer reviews — far more ratings than most of Amazon’s featured documentaries received — were five stars.

Without a direct warning from Amazon, he says, all of Pittman’s work was made inaccessible on their platform with only a trailer left on the web page to taunt him. Despite his numerous attempts to reach out to Amazon, Pittman says he still has no clear answer about the film’s removal, but he suspects censorship based on the film’s viewpoint.

“My fear is that because the reviews are saying the movie is the pro-life film or about ending abortion or the pro-life movement, those are words that Amazon has tagged,” Pittman told The Federalist.

Fortunately for Pittman and the End Abortion Now movement, the film is still available on Facebook and YouTube. Even there, however, “Babies Are Still Murdered Here” has run into some trouble.

“Before we published the movie on YouTube, I uploaded two versions of the film — one without audio and one with audio. The one without audio was monetized and the one with audio was demonetized,” Pittman explained. “My theory is they’re picking out words like ‘abortion’ or ‘pro-life’ or something like that. And they’re just demonetizing it from the get-go. It’s not based on the title or the thumbnail or anything like that, so it’s just flat-out just based on the words.”

While frustrated about the lack of answers from big tech companies about the removal and demonetization of his film, Pittman said he wasn’t too surprised when it happened.

While the trailer for “Babies Are Still Murdered Here” is still available publicly, Pittman says he’s gotten no word from Amazon about what steps can be taken to see the film restored.

“I think they have a right to ban me, but I think they also need to listen objectively to what the consumers want. I don’t think they’re being honest with their views of saying that their users don’t want to see content like this or whatever… That’s just not true,” Pittman explained.

The Federalist reached out to Amazon for comment, but did not receive a response.