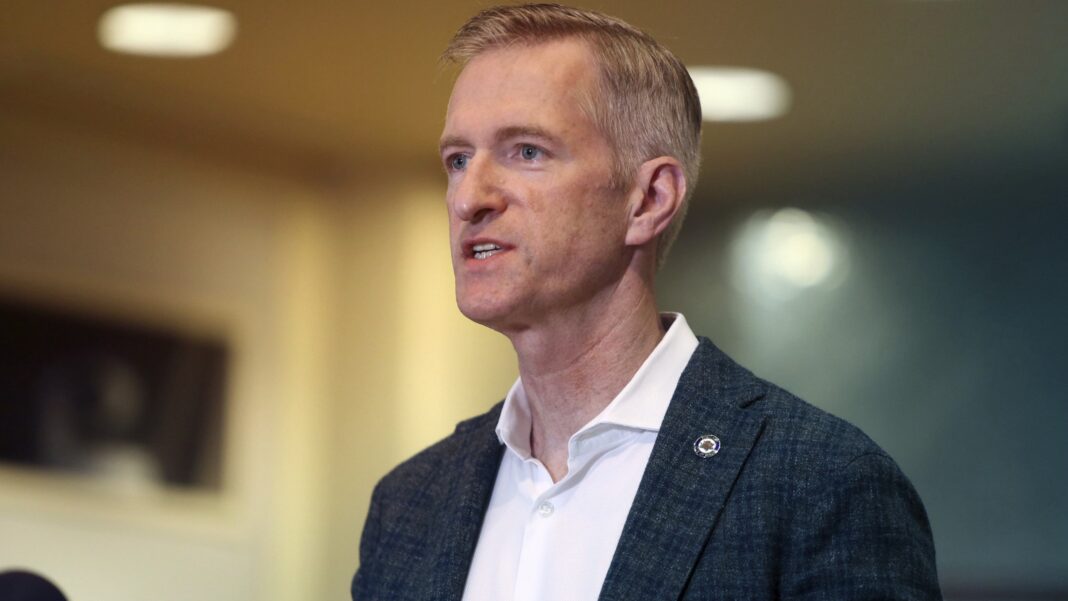 Newly reelected Portland Mayor Ted Wheeler announced Wednesday that the city would remove gender language from its city charter to be “more inclusive of all gender identities.”

“The language of the documents that guide the city should reflect our community,” Wheeler posted on Twitter. “Today, council authorized the city auditor to remove feminine and masculine terms from the city charter.”

Words like she, he, her, his, herself and himself will be purged from the charter and replaced with gender-neutral terms.

The linguistic tweaks—more than five dozen in total, according to the Daily Mail—do not require a citywide referendum or voter approval like other amendments to the city charter.

Chief Deputy City Auditor Amanda Lamb said the decision to roll out these changes now is in anticipation of the upcoming Charter Review Commission, a citizen-led body that forms once every 10 years to review and recommend amendments to the city’s charter.

Portland, and the state of Oregon as a whole, is often celebrated as a leader on liberal social and political trends. Oregon was an early adopter of physician-assisted suicide, passing a “death with dignity” law in 1994. On LGBTQ issues, Oregon three years ago became the first state in the U.S. to allow residents to mark their gender as “not specified” on applications for driver’s licenses, learner’s permits and identity cards.

Yet not everyone agrees with the idea that such “inclusivity” trumps Biblical truth.

“The Bible is clear about God’s intention when He created man and woman,” he explained in a June newsletter. “We see His plan revealed in Genesis 1:27 where it is recorded, ‘God created man in His own image; in the image of God He created him; male and female He created them.’ And in verse 31 of that chapter, ‘God saw everything that He had made, and pronounced it “very good.”’ Today’s activists have the temerity to contradict the Creator of the universe.”