Persian Protocols, Unified Theory Of Everything, Or Sheer Coincidence? 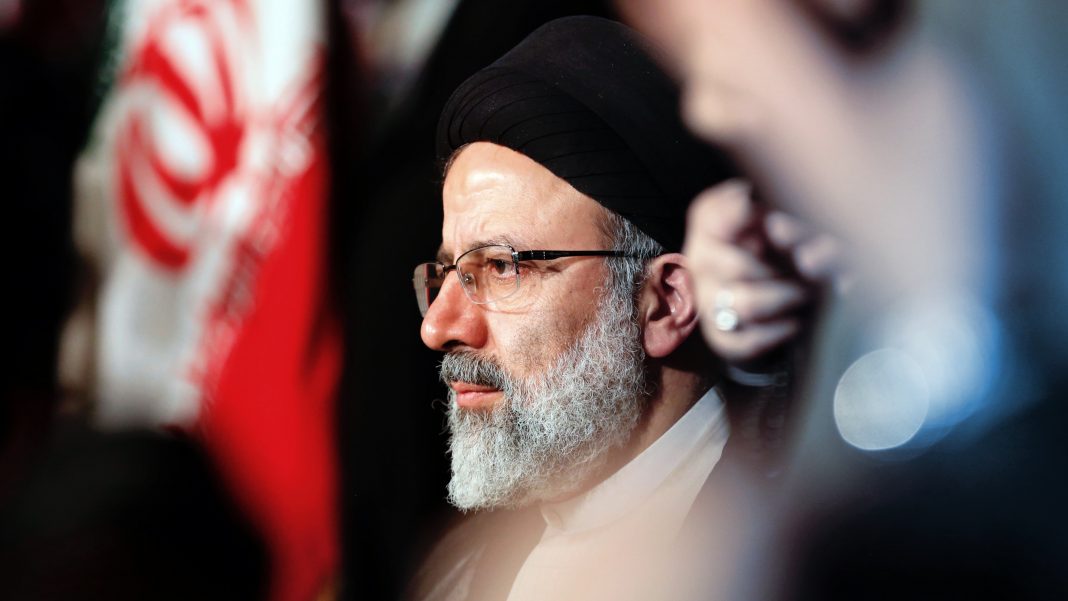 Whoever was the first person to realize that the shortest line between two points is a straight one did not live to see the current Middle East. There are many more points, with lines between and around them, and what you see is not always what you get.

Case in point, or points: this past week. It started with the lethal drone attack on Mercer Street, escalated to the puzzling hijacking attempt of Asphalt Princess, then went on to the rocketing of Northern Galillee from South Lebanon and the retaliation by the Israel Air Force. These were the violent eruptions, to which one should add the inauguration of Ebrahim Raisi as President of Iran, in an event marked by a moderate speech denying any Nuclear weapon aspirations. Policy or propaganda? To be continued.

Israel was quick to assemble – and present to international partners – evidence of Iranian complicity in the Mercer Street attack. It was not so quick to have these indications beforehand, so as to warn that a strike out of an Iranian coastal base is imminent. Nor did its intelligence apparatus find out in advance that a minor Palestinian group is about to drive around and launch rockets toward the town of Kiryat Shmona. Israeli intelligence is very good when it focuses on high-value targets, but its resources are definite. Low priority items are by definition less attended to. The Arabian Sea and Palestinians in Hezbollah-controlled Lebanon are way down the tasking list.

Because decision makers and staff officers know a lot on more crucial topics but less on marginal ones, they have to make an effort to fill in the blanks in the regional picture. Consequently, two opposite schools of thought emerged in Hakirya, Tel Aviv’s Pentagon. Neither of the two is better proof-based than the other, and it is certainly possible that some mix is closer to reality.

The first theory can be summed up as “The Protocols Of The Elders Of Tehran”. The second is an adapataion of a line by former House of Representatives Speaker Tip O’Neill, “All Politics Is Local”. Top-down or bottom-up, a vast conspiracy unfolding, or an accumulation of separate but simultaneous events taking place each for its own reason.

Theory 1 would have the masterminds of the Islamic Revolutionary regime plotting attack and counter-attacks throughout the Middle East, whether as part of a strategic plan which also includes Iraq and Yemen, in addition to the Vienna talks on sanctions relief in exchange for Nuclear deal renewal, or due to domestic infighting. The latter is attributed to the vacuum left by the demise of Qassem Suleimani 19 months ago, by the rise of Raisi and by the anticipation of a succession struggle once 82-year-old Supreme Leader Ali Khameini is no longer at the helm.

Theory 2 rejects the sinister view of an Iranian octopus with tentacles everywhere. Mercer Street was indeed hatched – and botched – by militant Revolutinary Guards commanders, but several days after Asphalt Princess there is no credible information yet regarding the perpetrators and their motives.

As for the Palestinian attack on Kiryat Shmona, again, lack of evidence is circumstantial evidence. It is reasonable to assume that if Hezbollah was in on the decision (against its best interest), it would have been known by Israeli intelligence which prides itself on penetrating the inner sanctum of its most troublesome enemy.

Such rocket attacks are very rare – apparently letting the IAF position its Iron Dome batteries elsewhere, in Southern and Central Israel – and were especially not expected in the eastern part of the border region, many decades ago known as Fatahland but in recent years much less threatening than the coastal western district. As for local confitions, no longer are the Shiite villagers the most downtrodden. Palestinians, hated by many in their host country for their part in civil conflicts, are looked down on by all warring factions and confessions. Perhaps money was a motive, too, in the collapsing Lebanese economy. It now pays to be on Hezbollah’s payroll. A fighter earns some $700 a month, a princely sum compared to his civilian brother, whose average wage is $100.

Israel went through the motions of retaliating – which it was restrained from doing in May, during Operation Guardians Of The Walls in Gaza – and made sure no civilians were hurt. But it should not escape attention in Beirut that the road used by the Palestinians to reach the launch point, and bombed out of commission as punishment and warning, is of the dual-use type common to many infrastructure assets which are on the target list should Hezbollah initiate another war.

For the time being, calm has returned. For how long, it is anyone’s guess. Right now, an Iranian-based Unified Theory Of Everything seems a bit far fetched. A co-incidence of locally inspired events is more convincing. But this conclusion comes with a caveat – it only applies to this week. There is no guarantee that in later, synchronised events, the believers in Protocold would be proven wrong.