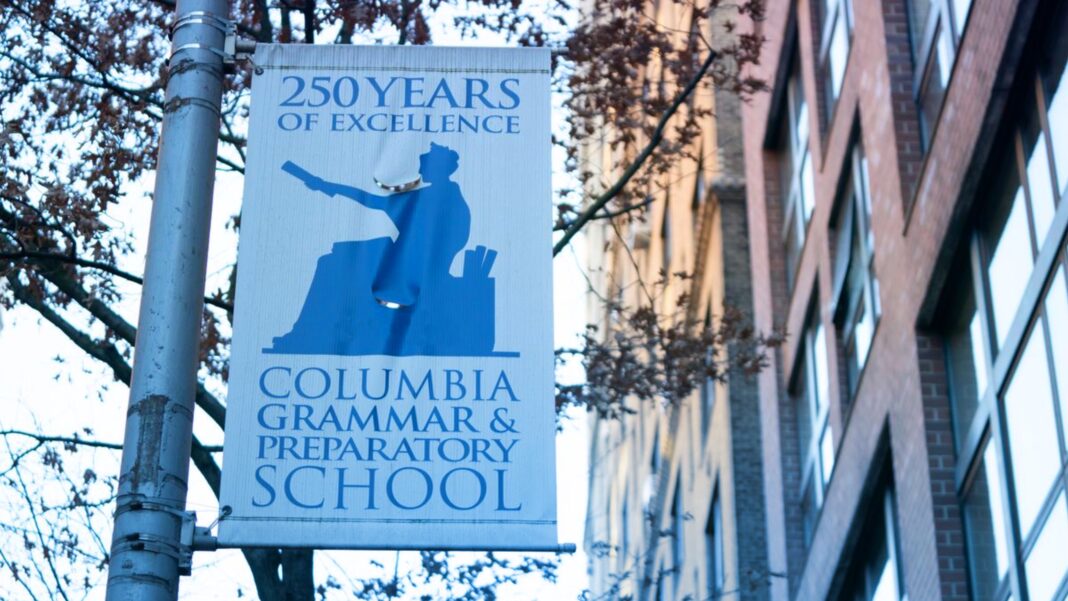 Parents of students attending Columbia Grammar & Preparatory School in Manhattan were furious after the school forced students to take an explicit class on pornography without parental consent.

The school at first denied hosting the workshop, then later apologized.

Disclaimer: Harbingers Daily has determined that, although some readers may find the content of this article (rightfully) disturbing, this News is Biblically Relevant and points to the perilous agenda of which our children are continuously in the crosshairs (see HD Editor’s Note Below).

The workshop was designed and taught by Justine Ang Fonte, the health director of Dalton, another top prep school. Tuition at Columbia costs $47,000 per year.

Juniors at Columbia were forced to watch the presentation online at home for those on Zoom and in the school’s gymnasium for those attending school in-person at the time. Parents found out about the course because of students being forced to watch it over Zoom.

Another said that parents are afraid to speak out against subjects being taught at the school for fear of being “canceled.” “Most parents feel the same way I do about not going public but at the same time we’re incredibly frustrated by what’s going on. None of the parents knew this was planned. We were completely left in the dark. It makes us wonder what else the school is up to,” she said.

A spokesman for the school at first denied that the students were ever exposed to such raunchy content. Columbia head William Donohue later reversed himself and apologized for hosting the class after the Post’s story on it ran Saturday night.

The “content and tone of the presentation did not represent our philosophy, which is to educate our students in ways that promote their personal development and overall health, as well as to express respect for them as individuals,” Donohue said in an email to parents.

“It was unfortunate that we did not better inform ourselves of the speaker’s specific content in advance,” he continued. “In this case, the speaker did not align with our unique CGPS mission and for this, I apologize.”

Pornographic content was introduced into the curriculum of a Texas school, as well, earlier this year. Parents of students in the  Leander Independent School District in Austin complained about explicit content being taught to teens, but their complaints in some cases were met with derision and mocking. As The Daily Wire reported:

According to one parent who spoke to The Daily Wire on condition of anonymity, their concerns were not received with tolerance by some involved in the process. Proponents of the pornographic content, allegedly including both teachers and parents, lashed out at the concerned parents, calling them “religious zealots, bigots” and “racists.” The harassment did not end at name-calling. There were also…“d**ks.”

“Some of the people speaking out have received anonymous cardboard penises in the mail with anti-Christian messages calling them names such as c**t,” one concerned parent told The Daily Wire. “Others have received dead animals on their porches,” the parent claimed.

We are living in a generation that has made it virtually impossible for parents to control the information being fed to their impressionable offspring. Whether it be by way of the internet, smart phones or even the school curriculum, you (the parent) have lost all control.