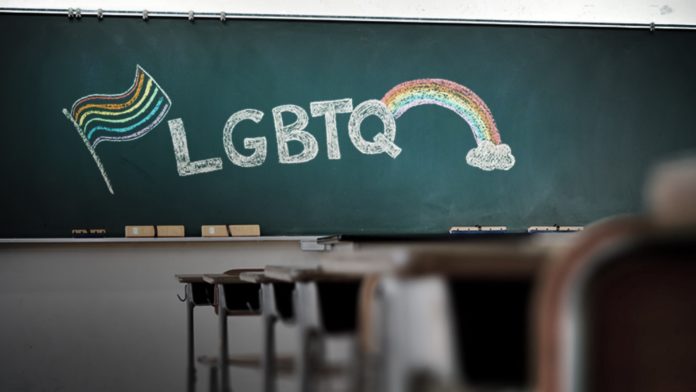 Opponents criticized an Iowa bill that would require schools to notify parents before teaching LGBTQ content to children.

Lawmakers introduced the Republican-sponsored House File 2201 in January, a bill that would require schools to annually notify parents about any kind of material that discusses gender or sexual orientation. This would then give parents the opportunity to inspect such material and pull their children out of certain classes.

The bill is one of 13 pieces of legislation introduced in the Iowa state Legislature that opponents are calling anti-LGBTQ, CNN reported Friday.

Republican Iowa state Rep. Jeff Shipley says that the bill is intended to help the parents and school cooperate on what kind of schooling children should receive, rather than forcing parents to homeschool because the school does not cooperate.

“Because there are so many unknowns (with gender identity and sexual orientation), it just seemed like common sense to make sure parents are involved,” Shipley told CNN. “Because when parents aren’t involved, they tend to get upset.”

Iowa Pastor Brad Cranston told the Des Moines, Iowa, outlet WHO-TV: “Parents have the right to know when it comes to a controversial issue what their children are being taught in schools they’re paying for.”

But opponents of the legislation warn that the bill is anti-LGBTQ and limits the scope of topics to be discussed in school.

The nonprofit One Iowa Action called the bill “harmful to LGBTQ Iowans” and said that the bill would “restrict educators from discussing sexual orientation and gender identity,” in a Jan. 31 post.

“The bill also would marginalize and discriminate against LGBTQ students by mandating that they and their sexual orientation or gender identity must be hidden and not discussed,” American Civil Liberties Union communications director Veronica Fowler told CNN.

Other critics suggested that the bill would ban teachers from mentioning that 2020 Democratic presidential candidate Pete Buttigieg is gay.

“Teachers, rightly, have raised concerns about what would and would not need parental approval, citing examples as fundamental as whether or not they could mention that presidential candidate Pete Buttigieg is making history as an openly gay presidential candidate,” the ACLU’s Fowler told CNN.

Iowa Association of School Boards member Emily Piper told WHO-TV: “What if we’re having a discussion on current events and there’s a presidential candidate who is gay? Can we not have that conversation in the government class?”

LGBTQ Nation ran a story Thursday with the headline, “Iowa bill would ban teachers from saying that Pete Buttigieg is gay without notifying parents.”

Another critic called the bill “draconian” in a Des Moines Register op-ed.

“The potential ramifications of these bills are mind-boggling,” opinion columnist Rekha Basu wrote Feb. 11. “Collectively, if they became law, they would have a draconian effect, subjecting LGBT people to hatred and discrimination or forcing them back into the closet.”

• BEREAN REVIEW Children in the Crosshairs

In today’s day and age, we see a 2 Timothy 3:1-9 humanity doubling down on influencing our next generation. From toddlers to teenagers, children are being targeted on all fronts. We can see this indoctrination from the broken home, from the classroom, our public libraries, children’s entertainment, the list goes on.

At the expense of our children’s innocence, a godless agenda is being propagated with increasing intensity. We see sexual perversion, gender dysphoria, socialism, evolution and climate change propaganda all being promoted to children as young as toddlers, why? So that the next generation will confederately call evil good and good evil (Isaiah 5:20), primed and ready to fall in line with whatever deception Satan will have lined up most likely during the tribulation period (2 Thess. 2:10-12).