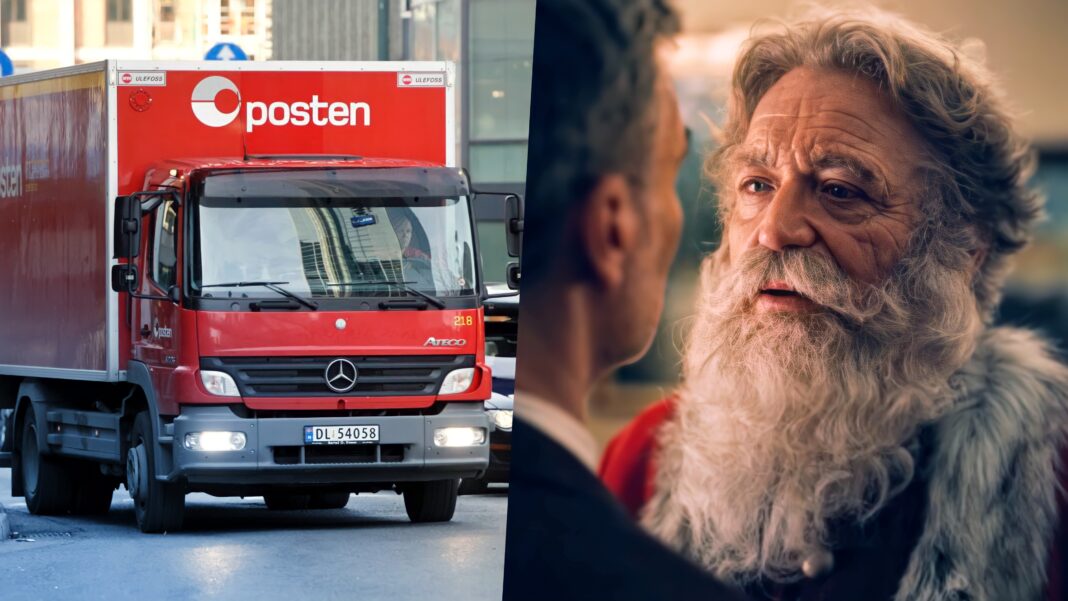 The Norwegian postal service Posten has sparked controversy by releasing their Christmas commercial, depicting Santa Claus having a homosexual affair.

The advertisement, titled “When Harry Me Santa,” was created, according to the company, to celebrate the 50th anniversary of the legalization of homosexuality in the European country.

This is not the first time that Posten has created Christmas advertising bent on offending Christian audiences.

In 2019, the postal company released a blasphemous ad in which they portrayed Jesus Christ as being conceived through an adulterous incident between Mary and an ancient postman.

Many companies in recent years have exponentially increased the brazen manner in which they demonstrate their rejection of God and Biblical morality.

Netflix, in 2019, released a Christmas comedy special that showed Jesus as a homosexual. According to Decision Magazine, the program further played Christmas carols in the background, with the words altered to “mock God as the Creator.”

The resulting backlash was nothing to wink at, as millions signed a petition to remove the show and canceled their subscription. Furthermore, a Judge in Brasil, where “The First Temptation of Christ” show was created, ordered the film’s removal following the petition.

As many commentators, including Daily Wire’s Matt Walsh, explained, Netflix, Posten, and other companies are making their position abundantly clear; they are plainly saying to Christians, “we don’t want your business.”

“What else are we supposed to do but oblige?” Walsh asked.

What should be a wake-up call to many is the realization that all of these companies which loudly celebrate homosexuality, abortion, blasphemy, etc., are doing so because they feel secure in their numbers. Surely, they must be convinced that the population by and large will be on board with their radical anti-God messages. Sadly, they are probably right.

Is this not precisely what we are told in God’s Word would happen in the time prior to the return of Christ?

The characteristics of the last days were described in great detail in Scripture. By merely contrasting some of these characteristics with the news reported above, we can unquestionably confirm that we live in these times.

We are told that in the “last days,” the world will be:

No level of human mercy competes with the grace and mercy that God has given our world. God wants each person to repent and accept the salvation offered through His Son.

However, as a society, we make a grave error when we do not fear God and instead spend our days rebelliously applauding one another for spitting on his commandments.

There is a reason why God will spend seven years pouring out His wrath on the earth during the Tribulation period described in the book of Revelation. One of the most astonishing harbingers that we are nearing this time is our culture’s continuous and deliberate provoking of almighty God.