NC Lt. Gov. Faces Onslaught after Calling LGBT Curriculums ‘Filth’ — ‘I Will Not Be Bullied Into Submission’ 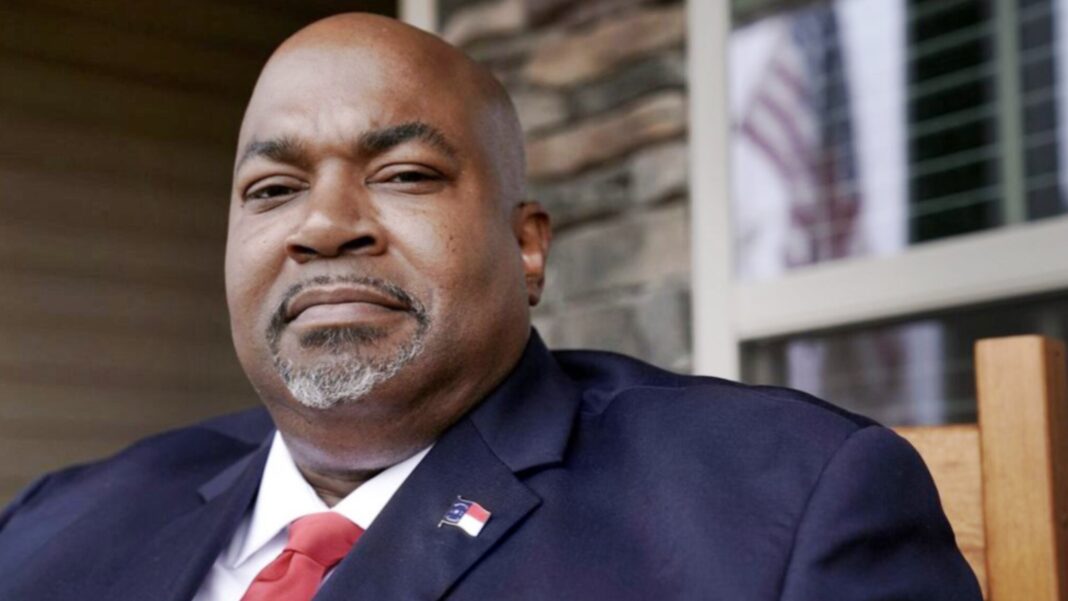 Republican North Carolina Lt. Gov. Mark Robinson said he “will not back down” amid Democratic calls for his resignation after he said “transgenderism” and homosexuality should not be taught to children, referring to it as “filth.”

“Let me tell you plainly right here and right now: I will not back down,” Robinson said in a video posted to Facebook on Saturday. “I will not be silenced and I will not be bullied into submission. I will continue to fight for the rights of our children to receive an education that is free from sexual concepts that do not belong in the classroom.”

The Republican’s video came in response to condemnation from a White House official and other Democrats for comments he made in June at Asbury Baptist Church in Seagrove.

“There’s no reason anybody anywhere in America should be telling any child about transgenderism, homosexuality, any of that filth,” he said during the event, in a video that was recently posted on social media. “And yes, I called it filth, and if you don’t like that I called it filth, come see me and I’ll explain it to you.”

Deputy White House press secretary Andrew Bates, a native of North Carolina, referred to the comments as “repugnant and offensive.”

Robinson continued in his video, however, that “the media and the left” are trying to change the focus of his comments from education to the gay community and his alleged “hate” for them.

“I will fight for and protect the rights of all citizens, including those in the LGBTQ community to express themselves however they want. That is their right as Americans and I don’t think that the government has any role in telling them otherwise,” Robinson said in the video. “However, the idea that our children should be taught about concepts of transgenderism and be exposed to sexually explicit materials in the classroom is abhorrent.”

Robinson, the first Black person elected lieutenant governor in North Carolina’s history, has been a fierce critic of Democrats and the Biden White House in recent months.

“Am I to believe that Black Americans, who have overcome the atrocities of slavery, who were victorious in the civil rights movement, and now sit in the highest levels of this government, cannot figure out how to get a free ID to secure their votes? That they need to be coddled by politicians because they don’t think we can figure out how to make our voices heard? Are you kidding me? The notion that Black people must be protected from a free ID to secure the vote is not just insane, it is insulting,” he said in April.

Included in the Lt. Governor’s message at the Church, he implored the people in the pews that, “It’s time for us to stop allowing these children to be abused at these schools and it not going to happen until the people of God stand up and demand different.”

Franklin Graham via Facebook condemned the “strategy of intimidation” being used against Robinson and thanked him for “having the guts to stand up and tell the truth“:

Mark Robinson, the Lt. Governor of NC, is coming under fire for his strong stand against teaching transgenderism and homosexuality in our schools. Democrats, of course, are calling for his resignation. The comments that the woke cancel culture are so upset about were made personally when he was speaking at a church on a weekend. He called these topics being pushed on students “filth.”
Lt. Gov. Robinson said, “To me, it is against the tenets of my religion. But we do not live in a theocracy, and I do not have the right to tell anyone what they practice in their home.” Teaching about those issues in public schools, however, “is absolutely off limits,” he said. He added, “Those are adult topics that should stay in an adult place. They have no business around children. Homosexuality is not a culture. Homosexuality is a sexual preference, and sexual preferences, I believe, do not need to be discussed in our schools.” I totally agree.
The Lt. Governor said the threats and outcry are part of a strategy of intimidation to try to get people to not speak out about their own beliefs on these topics, and he is right. Thank you Mark Robinson for having the guts to stand up and tell the truth. God bless you!

This Is not the first time Robinson has taken heat for his comments about protecting children in schools. In July, the Lt. Governor spoke out against Critical Race Theory, saying this kind of “indoctrination” causes “our children to hate the nation that they live in.”

In a video posted by “1776 Action” an anti-CRT group, Robinson explained why he is also personally against CRT. He explained that his mother, who “had an overwhelming faith in God” and love for America, taught him “all opportunities were open” for them.

“That’s why ending indoctrination in schools is such a passion of mine. We have got to ensure that things like critical race theory are not creeping in and causing our children to hate the nation that they live in,” he underscored.

Lt. Gov. Mark Robinson also came under fire earlier this year when he likened the act of abortion to slavery and stated that “God Almighty is watching” those who are marching in the streets “calling wrong right” and promoting the murder of “the most innocent human beings on Earth.”

“Years ago, there were some other folks who stood where you’re standing – [and] understood that a nation that believes that all men were created equal could not stand and say those words and allow slavery to be on our shores. It is the same way with us today,” he continued. “We cannot say we believe in equality; we cannot say that black lives matter, or all lives matter, or blue lives matter, until we say that unborn lives matter. Because that is where we all started.”

The blame, he urged, does not rest on the mothers, but instead with “those people who are marching in the streets, calling wrong right, promoting the idea that it’s okay to kill your children in the womb.” Adding that, he prays, “they would come to know that what they are doing is against humanity and is against our Father in heaven.”

“God Almighty is watching them,” he asserted.