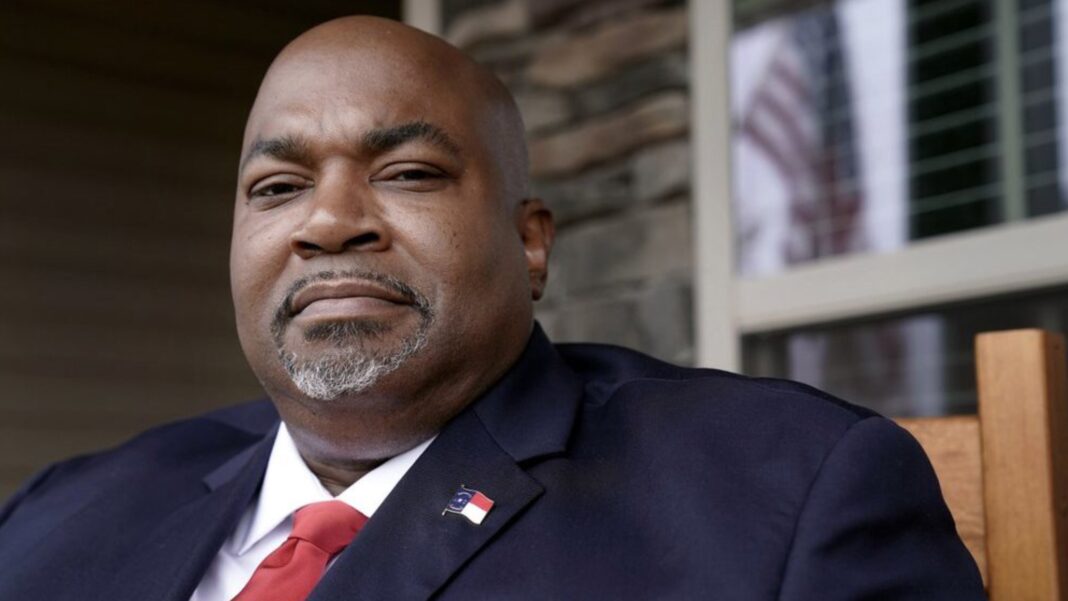 A video released Wednesday shows Republican Mark Robinson discussing his upbringing and why the fight against critical race theory (CRT) is so important to him.

“Growing up poor here in North Carolina, our family saw many struggles … my father was an alcoholic,” Robinson said in a video posted by the anti-CRT group 1776 Action.

“We saw a lot of domestic violence in our house,” he added. “My mother had a fifth-grade education when my father passed away. I was 12 years old – but my mother took on the task of raising us, and she did it quite well.”

“The reason why is because she had an overwhelming faith in God and she knew that she lived in the greatest nation on earth – and that all opportunities were open to her and to her children, and she told us so. Because of that, because she passed those things down to us, I’m now living my dream.”

“That’s why ending indoctrination in schools is such a passion of mine. We have got to ensure that things like critical race theory are not creeping in and causing our children to hate the nation that they live in.”

The group 1776 Action, which has received support from GOP stars Newt Gingrich and Ben Carson, has been pushing for political candidates to sign an anti-CRT pledge as the issue has grown in political importance.

Across the country, parents and teachers have risen up to oppose what they see as highly divisive materials on race, gender and other aspects of students’ identities.

Defenders argue that CRT-type training helps enhance dominant groups’ understanding and empathy of what the oppressed experience on a regular basis. These types of trainings have also been promoted as ways to “dismantle” or weaken alleged structures imposing burdens through bias and discrimination.

The group was inspired by Carson’s and former President Trump’s 1776 Commission, which was created at the end of his administration to combat ideas like CRT. Shortly after his inauguration, President Biden repealed the measure as well as Trump’s ban on the practice in trainings for federal employees.

Franklin Graham took to Facebook to commend the Lieutenant Governor for his remarks and agreed CTR is “only deepening the racial divide,” urging “we need to stand up against it“:

NC Lieutenant Governor Mark Robinson is speaking out against the teaching of critical race theory in this country, and I appreciate it. Teaching our children and young people to hate our nation is wrong and dangerous.

The Lt. Gov. said he was raised by his hard-working mom who did a great job “because she had an overwhelming faith in God and she knew she lived in the greatest nation on earth – and that all opportunities were open to her and to her children, and she told us so. Because of that, because she passed those things down to us, I’m now living my dream.”

Critical race theory is only deepening the racial divide in the U.S., and we need to stand up against it.

Lt. Gov. Mark Robinson also came under fire earlier this year when he likened the act of abortion to slavery and stated that “God Almighty is watching” those who are marching in the streets “calling wrong right” and promoting the murder of “the most innocent human beings on Earth.”

“Years ago, there were some other folks who stood where you’re standing – [and] understood that a nation that believes that all men were created equal could not stand and say those words and allow slavery to be on our shores. It is the same way with us today,” he continued. “We cannot say we believe in equality; we cannot say that black lives matter, or all lives matter, or blue lives matter, until we say that unborn lives matter. Because that is where we all started.”

The blame, he urged, does not rest on the mothers, but instead with “those people who are marching in the streets, calling wrong right, promoting the idea that it’s okay to kill your children in the womb.” Adding that, he prays, “they would come to know that what they are doing is against humanity and is against our Father in heaven.”

“God Almighty is watching them,” he asserted.