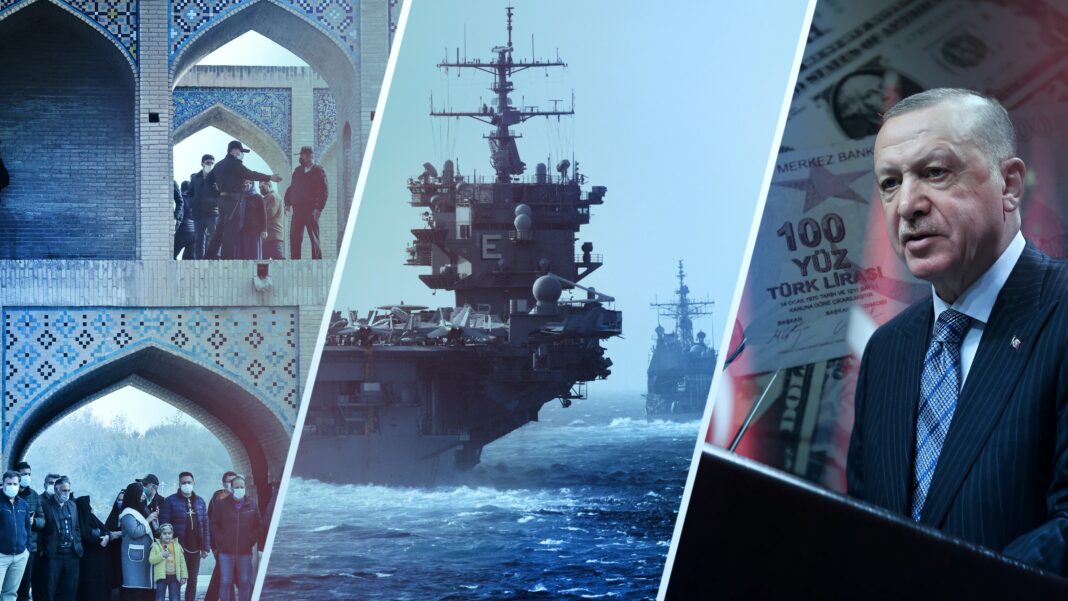 It was another great week for Israeli relations with Arab nations. In what would have been an impossibility until just recently, this past week the navies of Bahrain and the United Arab Emirates joined the United States and Israel for joint exercises in the Red Sea as a sign to Iran that they better be careful about what they’re doing in the area. Meanwhile, at the Dubai Air Show, Israel’s big three defense companies were invited to attend, and gulf states are buying defense systems from them. Then, just two days ago, the Israeli flag was raised and national anthem played at Qasr Al Watan Presidential Palace in Abu Dhabi, UAE. The Abraham Accords just keep putting out blessings.

In other Israeli defense news, Israel Aerospace Industries (IAI) unveiled a breakthrough family of new electronic warfare systems to combat a range of threats. The system, named Scorpius, uses targeted beams to disrupt radar and communications of weapons and vehicles, including missiles, ships, planes, and more.

It was a rough week in Iran. Citizens of Isfahan joined farmers in protest over the lack of water and the drying up of the Zarineh Rood River. Water mismanagement and the building of unnecessary dams by the government have threatened the lives and the livelihood of many in the area. In the same region, 6.4 and 6.3 earthquakes shook the area killing one person and causing damage. This is particularly concerning because Iran has a nuclear research facility in the area.

It is still unclear whether Iran will show up for the nuclear talks in Vienna at the end of this month. In order to entice them to the bargaining table, numerous countries have released frozen assets giving Tehran access to billions of dollars.

The Turkish Lira has hit a new low against the dollar. As a result, the government under President Erdogan is getting aggressive. Recently, Israeli tourists were arrested for espionage after taking pictures of the presidential palace, and the government has been going after many people whom they claim to be spies.

A huge wave of fires swept across parts of Lebanon this past week adding more pain to an already devastated country. Because of divisive politics and broken-down systems, putting out the flames has been very difficult.

Russia has deployed another battery of S300 missiles in the area of the Tabaka Military Airport to protect Syria’s northern and eastern skies. Meanwhile, more than 20 Syrian fighters were killed in various attacks throughout the country.

It will be worth following the December 24 Libyan presidential elections. General Khalifa Haftar, a man hated by many in the country for his foreign ties, his previous status as a CIA operative, and his military actions that some say rise to the level of war crimes, has announced he will run. This declaration came two days after Saif al-Islam, son of former dictator Muammar Qaddafi, announced his intention to run for president. The interesting twist to this story is the fact that behind the scenes both candidates have made overtures to Israel for improving the relationship between the two countries.

This week has been brutal for the Houthi rebels in Yemen. A Saudi Arabian-led Arab coalition claimed that it killed 130 militants in less than a 24-hour period.

The saga of Belarusian President Lukashenko continues. After threatening to shut down gas supplies to Europe earlier this week, the country restricted the transfer of oil to Poland for “unscheduled maintenance”. This decrease began yesterday and will continue for three days. This all surrounds the EU’s threat of sanctions against Lukashenko and Belarus for their mishandling of their immigration crisis.