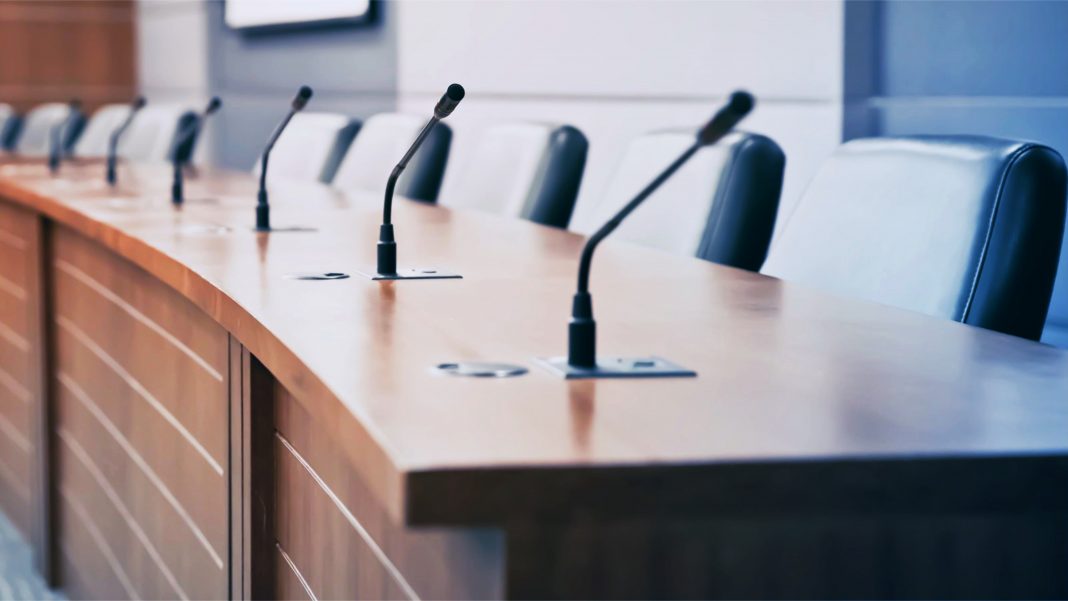 An Ohio mayor gave five school board members an ultimatum over what he said amounted to child pornography in course material, telling them to resign or be arrested.

Course work distributed in the Hudson City School District reportedly included writing prompts from a book titled 642 Things to Write About. One asked students to “write a sex scene you wouldn’t show your mom,” and another told students to “rewrite the sex scene from above into one that you’d let your mom read,” parents told the Akron Beacon Journal.

“It has come to my attention that your educators are distributing essentially what is child pornography in the classroom,” Hudson Mayor Craig Shubert told the Hudson Board of Education Monday. “I’ve spoken to a judge this evening. She’s already confirmed that. So I’m going to give you a simple choice: You either choose to resign from this board of education, or you will be charged.”

Shubert’s ultimatum was met by cheers and a round of applause from the meeting audience.

Other writing prompts reportedly included one asking students to drink a beer and describe how it tasted. Parents expressed concern these were not appropriate prompts for high school students.

Another speaker at the board meeting said he was “appalled” by the prompts, adding cameras should be put in classrooms so parents could monitor their child’s teachers. Another speaker likened the course material to “grooming” students.

Superintendent Phil Herman said the materials were supplemental resources used in the high school senior-level College Credit Plus writing sections, clarifying they were not assigned in a class.

“The district immediately determined this writing resource should not be in the hands of our students, and on Monday, collected the books from the students enrolled in the course,” Herman explained. “It is important to note that at no time were any of these inappropriate writing prompts assigned as part of the class.”

More pastors need to be taking the time to discuss these issues with those in the Church. Parents need to be made aware that their children are being targeted and have a Biblical understanding of their responsibility in their role to protect their kids.

The evidence has been overwhelming that children are being targeted, in a coordinated effort, to accept and celebrate sins described in Scripture as being a key markers of a society’s rebellion against God and His design.

There is a spiritual battle behind these motivations. Satan is attempting to set children up for a lifetime apart from and in opposition to their Creator.