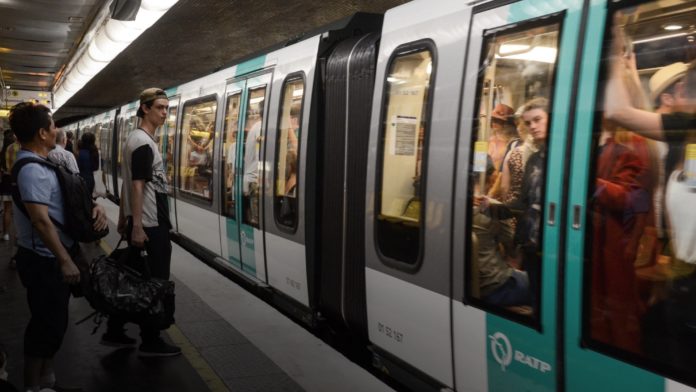 Two suspects fled the scene after attacking 31-year-old Yogev B., a Jewish student at Paris Metro; They attacked him until he was nearly unconscious; Habib: The antisemitic attack was clearly motivated by hate of Israel alone.

On Tuesday, Yogev B., a 31-year-old Jewish student, was attacked at Paris Metro Station for speaking Hebrew. Reports indicate that shortly after he entered the train, he began a conversation on the phone with his father in Hebrew, which led to two bystanders threatening, yelling, and eventually attacking him to the point where he was nearly unconscious. Someone passing by, who witnessed at least the end of the crime, called in the ambulance that took him to the hospital.

According to the Israeli Foreign Ministry, “While he was sending a WhatsApp voice message in Hebrew to his father, the student, currently on a university exchange program at HEC [Paris], was brutally beaten up – to the point of almost losing consciousness – by two individuals of African origin, right in the middle of a jam-packed metro train at the Château d’Eau station at 6:55 a.m. He was taken in a state of shock and bloodied to Lariboisière Hospital, and needed several stitches to his face, his nose was broken and his face was covered with bruises.”

Member of the French National Assembly Meyer Habib took to social media, stating, “For the past few hours, I have been in constant contact with Yogev B., the young Israeli victim of an antisemitic attack, clearly motivated by the hate of Israel alone.”

Jews across Europe are continuing to flee back to Israel-the place that is proving itself to truly be the safest place in the world for them. Something seriously concerning is that while Europe is home to an outrageous amount of antisemitism, they’re not alone. Even in places like the United States, the Jewish population is experiencing unprecedented hate crimes. Whether it’s in rural communities or the city, the land of Israel is proving to be the most secure place for Jews to reside.