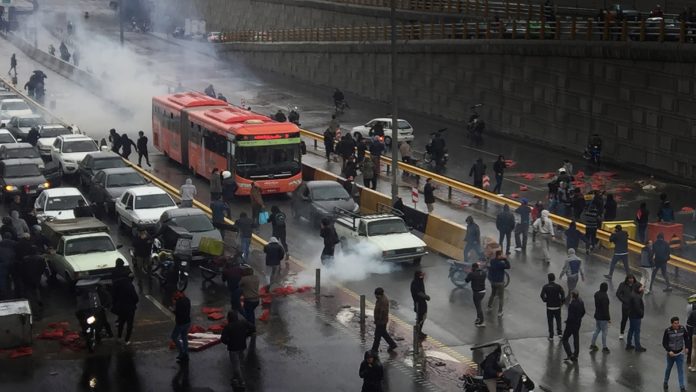 The Iranian government shut down the internet throughout the country for 5 days amid protests; The protests were a result of the 50% increase in the cost of gas; Over 100 individuals are reported to have been killed on Tuesday.

After protests broke out on Friday, November 15, as a result of the significant increase in oil prices in Iran, tensions escalated to the point of the internet being shut down throughout the country by the Iranian government for 5 days. The internet is reported to be in the process of being fully restored. Adding to the catastrophe, on Tuesday, Tehran gave the green light to security forces in regards to “handling” the protests, resulting in the deaths of over 100 people. Iran’s government claims this is a “fabricated” number.

US President Donald Trump called out the Iranian regime via Twitter, stating, “Iran has become so unstable that the regime has shut down their entire internet system so that the great Iranian people cannot talk about the tremendous violence taking place within the country. They want ZERO transparency, thinking the world will not find out the death and tragedy that the Iranian Regime is causing!”

Prior to this week, Iran’s economy had already been taking a downhill fall due to the devastating economic sanctions that were implemented by the United States. These sanctions are what had led to the 50% increase in oil costs. As a result of these protests and the internet being temporarily nixed, Iranian businesses have lost even more money.

While Iranian “leadership” is claiming that they’ve put an end to these protests and that everything is back to normal, nothing could be further from the truth. As protests continue, US Secretary of State Mike Pompeo has stated, “I have asked the Iranian protesters to send us their videos, photos, and information documenting the regime’s crackdown on protesters. The US will expose and sanction the abuses.”