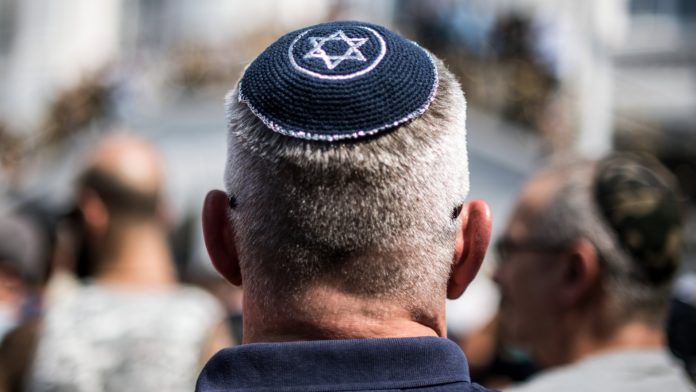 Israelis visiting countries neighboring Iran could be targets for terrorist attacks, the National Security Council warned in a rare public statement on Thursday.

“In light of the threats heard recently from Iranian factors, and in light of past involvement in Iranians in terrorist attacks on various countries, there is a concern Iran will try to act in this way against Israeli destinations,” the NSC cautioned.

The notice came almost a week after the assassination of Mohsen Fakhrizadeh, the scientist at the head of Iran’s nuclear program and an officer in the Islamic Revolutionary Guard Corps. Iranian officials have blamed Israel for the killing and have threatened to retaliate.

Among the countries close to Iran that the NSC said could be Iranian targets are Georgia, Azerbaijan, the Kurdistan region of Iraq, as well as the United Arab Emirates and Bahrain, with which Israel recently established diplomatic relations. The NSC also listed the Middle East and Africa more broadly as possible zones in which Iran could attack Israelis.

Iran and its proxies have been responsible for numerous terrorist attacks on Israelis and Jews abroad, such as the bombing of the AMIA Jewish Center in Buenos Aires in 1994, which killed 85 people, and the 2012 attacks on Israeli diplomats in Thailand, Georgia and India.

“Calls by global Jihad factors to attack Israelis and Jews have been heard,” the notice reads. “It is possible that part of the current wave of global terror will reach targets identified with Israel or Jewish communities, synagogues, kosher restaurants and Jewish museums.”

The NSC pointed to the upcoming Christian holiday season as a possible time in which terrorist groups may plan attacks in Europe.

As such, the NSC called on Israelis going abroad, including official delegations, to be vigilant, obey local security instructions and stay away from crowded areas or public places that are not secure.

In addition, the NSC advised anyone traveling to check its website (www.nsc.gov.il) for travel warnings.

Earlier this week, Foreign Ministry Director-General Alon Ushpiz sent a cable to all Israeli missions to increase alertness and look out for unusual activity near Israeli embassies and consulates. In addition, the ministry raised the security level in several missions abroad.

On Thursday morning, when asked about the scenario of Iran attacking Israeli tourists in Bahrain, the country’s Industry, Commerce and Tourism Minister Zayed bin Rashid Al Zayani told his interlocutor: “You watch too much 007.”

“We have a quite good security apparatus in Bahrain,” Al Zayani reassured reporters during his visit to Israel. “If there is a threat from Iran, it is a greater threat to Bahrain than to an Israeli tourist. Our security forces do a magnificent job keeping us all safe.”

Still, Al Zayani said that if Israelis seek greater security while visiting Bahrain, it could be arranged.