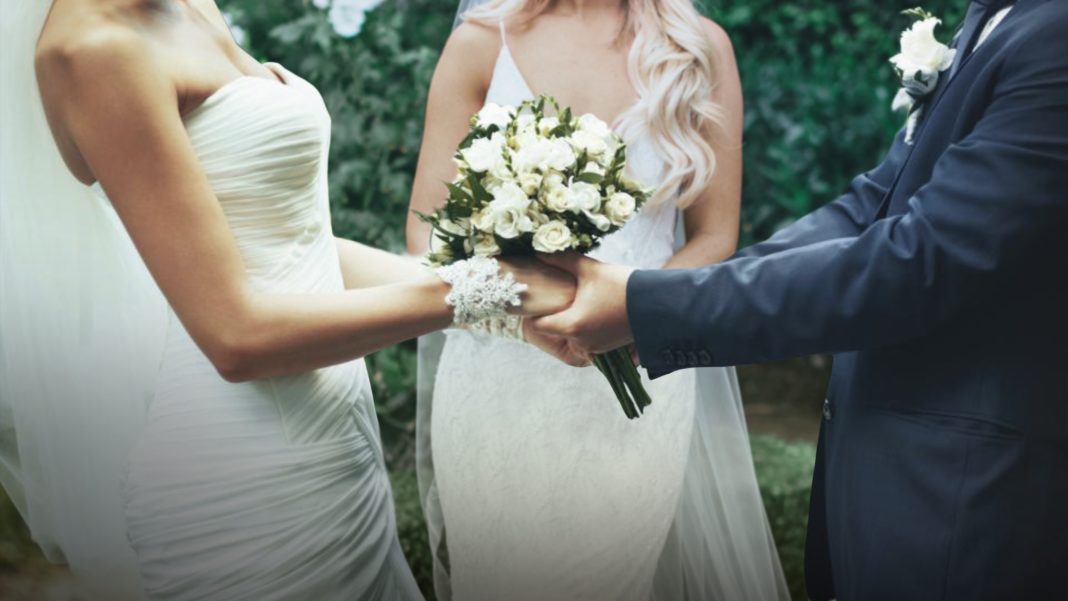 Let me be totally clear at the outset. One of the purposes of this article is to say, “I told you so!” Or, more precisely, many of us have been predicting this moment for years.

As reported in a New York Times article titled “A Massachusetts City Decides to Recognize Polyamorous Relationships,” “The city of Somerville has broadened the definition of domestic partnership to include relationships between three or more adults, expanding access to health care.” Is anyone really surprised?

After all, if the winning mantras of the same-sex “marriage” movement have been “Love is love” and “Love wins” and “I have the right to marry the one I love,” why limit that number to two? Isn’t that discriminating against love? Isn’t that simply carrying over the outdated, outmoded, limiting ways of the past?

To this day, in all my dialogue and debate with LGBTQ activists and their allies, I have yet to hear a reasonable explanation of why marriage should be limited to two people if any two people can marry.

When it comes to polyamory, which can include virtually any combination or number of men and women, on what basis should the government not recognize such relationships? Is not love still love? Does not love still win? And is not love the only thing that matters? So the argument goes.

Matthew 19:4-5 KJV – “And he answered and said unto them, Have ye not read, that he which made them at the beginning made them male and female, And said, For this cause shall a man leave father and mother, and shall cleave to his wife: and they twain shall be one flesh?”

Not Hard to See It Coming … and What’s to Come

Today, we’re talking about just one city in Massachusetts extending health benefits to polyamorous families. But one city is all that is needed to begin a trend. That’s also why this is national news, even in the midst of an unrelenting, tumultuous news cycle.

As for warning about this for years, polyamory was mentioned frequently in my book A Queer Thing Happened to America, published in 2011, but with research for the book dating back to 2005.

In fact, in the book I drew attention to a polyamory seminar hosted by the Metropolitan Community Churches — obviously, pro-LGBT churches — back in 2005: “Yes, ‘polyamory’ — in other words, having multiple sexual partners (loving, of course!) — was also a topic of discussion at the MCC conference, and church members were encouraged to come out of the closets with their ongoing, multiple sexual relationships.”

Again, this was at a church conference in 2005. And even then, this trend had been building for years. We told you so!

In the book I also quoted polyamorous advocates who marched prominently in gay pride parades, stating, “We’re 30 years behind the gay activist movement.” They probably underestimated the timeline. (On a different but related front, I could point to articles like, “Here Come the Polygamists,” dating back to 2012.)

In my 2015 book, Outlasting the Gay Revolution, I wrote, “Perhaps we should change the wedding vows to sound more like this (with the man speaking here): ‘I take you as my wife, but probably not for life. I take you as my own, but not just you alone. I pledge myself to you, and perhaps to others too. I take you as my bride, although your name is Clyde.’

“Is this really so farfetched? If you can have a bride and a broom, if ‘husbands’ can be women and ‘wives’ can be men, if you can be married and dating and swinging and swapping, if you live together before marriage and end the marriage whenever it suits you best, then what does ‘marriage’ mean?”

Stating the Obvious Got Me Mocked

Back in 2015, Stephen Colbert mocked the idea of a slippery moral slope when it came to redefining marriage. The reality of the matter, as he likely knew, was that the mocking predictions he made had already come to pass. I illustrated all that in this video. You can mock, but you can’t deny reality.

In saying all this, I am not saying that gay couples do not love each other or that gay couples will inevitably become polyamorous throuples and beyond. I’m simply stating the obvious: if two men or two women can “marry,” then there is nothing sacrosanct about the number two. Any potential number will do, as long as the relationships are based on “love.”

Already in March, 2016, Oliver Bateman wrote on Mic.com, “When it comes to marriage, three is still a crowd. But that might be changing sooner than we think.”

According to a 2015 Gallup poll, a small-yet-growing percentage of Americans report that they find the concept of plural marriage ‘morally acceptable,’ while polyamorous relationships are increasingly receiving mainstream media coverage.

A 2014 Newsweek article even estimates that there are more than 500,000 openly polyamorous families living in the United States today.”

Did I say we told you so? Need I say more?