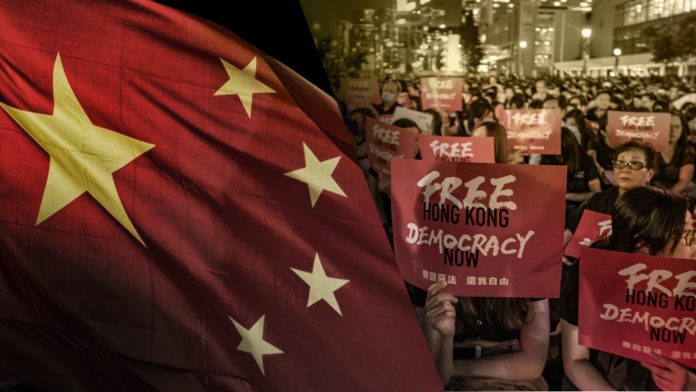 In late October, the Walt Disney Company’s Chief Executive, Robert Iger, made a remarkable admission to the Wall Street Journal. Speaking about the protests in Hong Kong, Iger said, “To take a position that could harm our company in some form would be a big mistake.”

In other words, Disney is choosing money over morality. Following the lead of other major US corporations, they seem to have decided to give China whatever it wants, no matter what.

On October 4th, Daryl Morey, the General Manager of the National Basketball Association’s Houston Rockets, tweeted six words. “Fight for Freedom, Stand with Hong Kong.” It caused a firestorm of criticism from China. He deleted the tweet and apologized. The owner of the team quickly let it be known that Morey was not speaking for the team or the league.

Then the league itself weighed in. They apparently tried the old Yasser Arafat trick of releasing two different statements in two different languages. Business Insider wrote, “A Twitter user named Yiqin Fu first noticed, however, that the league’s statement on the Chinese social-media app Weibo appeared to be different from the English version.”

According to Fu and others, the league’s Chinese version said, “We are extremely disappointed in Morey’s inappropriate statement.”

Why are they bending over backwards to avoid offending China? The obvious answer would be money. China is their biggest growth market in the world. The NBA has nearly half a billion viewers there. In June, they signed a five-year deal for broadcast rights in China. The Sporting News says that deal should be worth $1.5 billion. And it’s just the beginning.

For Disney, the stakes in China are even greater. Shanghai Disneyland Park opened in 2016. It gets over 11 billion visitors a year. Disney movies, especially the Marvel superhero movies, do especially well in China. They expect exponential growth, but they face a major obstacle. Only 34 films a year are allowed to be imported into China. If government officials there are upset with you, your films won’t make the cut.

Both Disney and NBA officials have talked about their desire to stay out of politics. Houston Rockets owner, Tilman Fertitta, tweeted, “We are NOT a political organization.”

But they were a political organization when the state of North Carolina passed a bill that required men not to use women’s restrooms. The NBA All-Star Game had been scheduled for Charlotte, but they wouldn’t allow the game there until the law had been changed.

Right now, China is holding more than a million Uighur Muslims in prison camps. They are being tortured in a horrible variety of ways. Many have been summarily executed. On November 4th, Business Insider reported that Chinese authorities have been “sending men to live with Uighur women, many of whose husbands had been sent to prison camps. Those men often sleep in the same bed as the women, a new Radio Free Asia report says, citing two unnamed Chinese officials.”

Rape, murder, and state terror are par for the course in China today. But the NBA supports them while attacking and punishing North Carolina for not wanting their little girls to have to share bathrooms with men.

Disney’s the same. They do China’s bidding in politics, while attacking the State of Georgia for a law that would restrict abortion. In the past, Georgia has been an inexpensive place for Disney to make some of its biggest hit movies. But Disney now says it isn’t sure it can do business there anymore. Disney also joined the NBA and other American corporations in condemning and attempting to punish North Carolina for its bathroom bill.

My point is that this goes deeper than just money. Evangelical Christians spend money. The people in North Carolina and Georgia spend money. What’s happening with American corporations is far more dangerous than mere greed. Over and over again, they’re calling evil and good evil.

Hal Lindsey - January 2, 2021 0
It was one of those years when Bible prophecy proved itself to be more than a theoretical understanding of the prophets’ words.