George Soros: 2020 Election Will Determine ‘Fate of the World’ 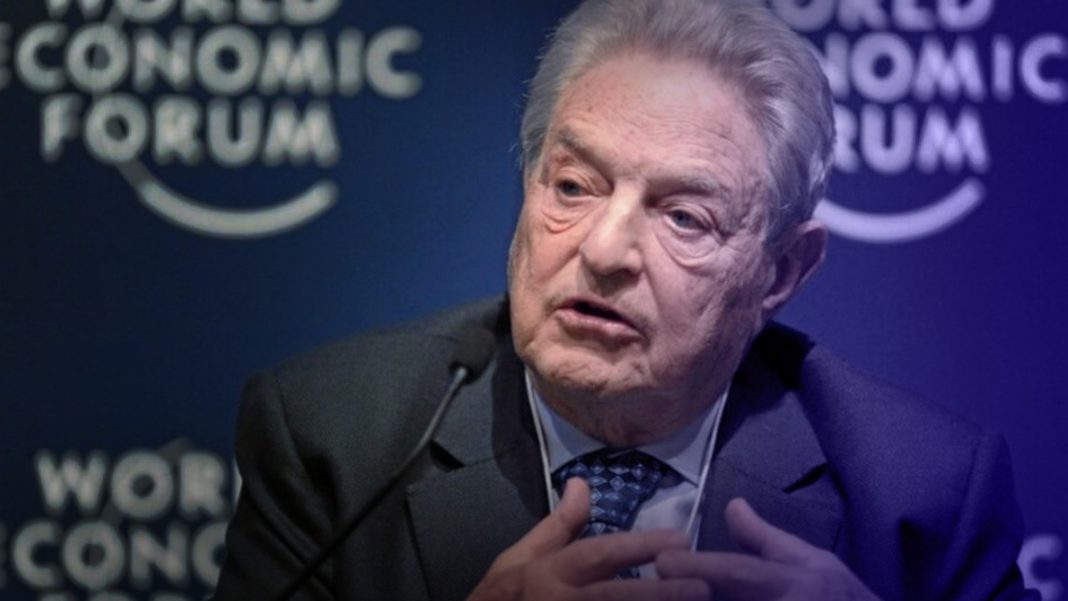 Left-wing billionaire George Soros on Thursday reportedly warned that the 2020 election will determine the “fate of the world” and lashed out at President Donald Trump during a private dinner event at the World Economic Forum in Davos, Switzerland.

Soros, the 89-year-old founder of the progressive advocacy organization Open Society Foundations, accused the president of being a “con man” and a “narcissist” who wants the world to “revolve around him,” according to CNBC.

“When his fantasy of becoming president became a reality,” his ego swelled, Soros said, adding: “This has turned his narcissism into a malignant disease.”

Soros, who has yet to endorse a 2020 Democrat candidate, then said that this year’s election will decide the “fate of the world,” CNBC reports. In October, the billionaire argued White House contender Sen. Elizabeth Warren (D-MA) is the “most qualified to be president,” but stopped short of formally throwing his support behind her.

This, of course, is not the first time the hedge fund manager has taken aim at President Trump at the World Economic Forum. Last year, Soros criticized the president’s negotiating style against China, which culminated in the signing of a phase one trade agreement last Wednesday.

“Regrettably, President Trump seems to be following a different course: Make concessions to China and declare victory while renewing his attacks on U.S. allies,” Soros said at the time. “This is liable to undermine the U.S. policy objective of curbing China’s abuses and excesses.”

At this year’s event, Soros also lambasted Chinese Communist Party leader Xi Jinping for his government’s use of a totalitarian social credit scoring system on Chinese citizens. Xi is using “artificial intelligence to have total control of his people,” Soros warned. He also mused that China’s president is “trying to exploit” President Trump on trade.

These remarks follow President Trump’s speech before the World Economic Forum, in which he touted his America First economic policies as a model for global prosperity.

“A nation’s highest duty is to its own citizens,” the president told attendees. “Honoring this truth is the only way to build faith and confidence in the market system. Only when governments put their own people first will people be fully invested in their national futures.”

“A pro-worker, pro-citizen, pro-family agenda demonstrates how a nation can thrive when its communities, its companies, its government work together for the good of the whole nation,” he added.

“These alarmists always demand the same thing – absolute power to dominate, transform, and control every aspect of our lives,” the president stated.  “We’re committed to conserving the majesty of God’s creation and the natural beauty of our world.”

Harbingers Daily Note: What does this Article have to do with Bible Prophecy?

Watch Jan Markell’s eye-opening presentation in Southern California, where she exposes the tactics and attempts throughout history to form a Global government. What does climate change, secured borders, George Soros and Donald Trump have to do with the Globalist Agenda? And what does the Bible say about these things? Click here