Franklin Graham: Dems don’t care about Strengthening America; they’re only Interest is in Removing the President 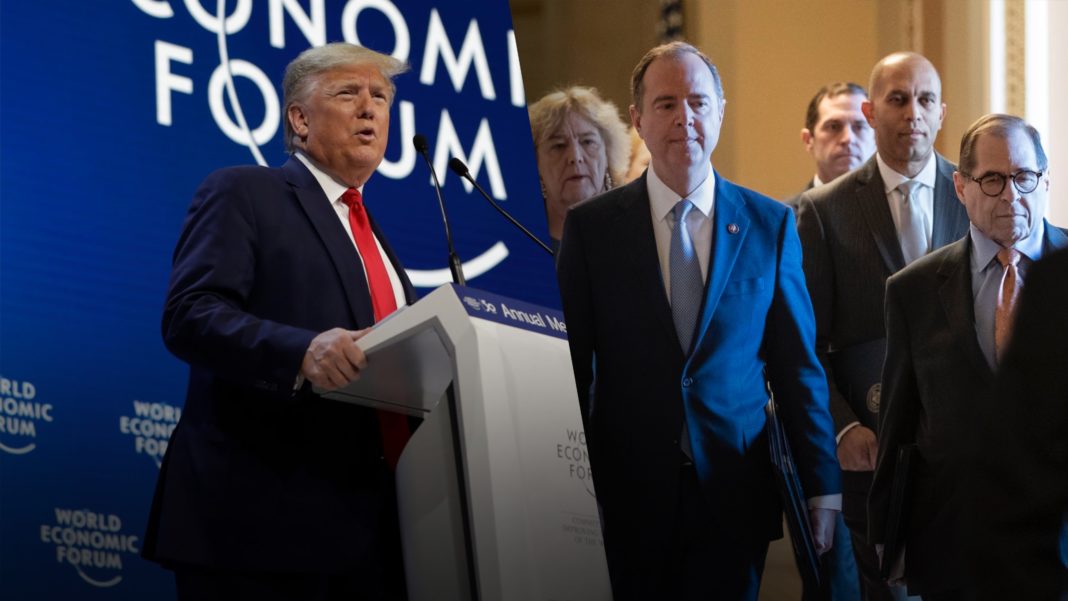 Franklin Graham took to Facebook today pointing out the stark contrast between the President and his enemies. As Donald Trump works to further build and strengthen the United States abroad, simultaneously at home, Democrats are only interested in removing the President from office by any means necessary. The agenda, Rev. Graham states, is clear:

While President Trump is addressing the World Economic Forum in Switzerland encouraging increased business and trade with America, the impeachment process goes to the next level in Washington.

As the President continues to focus on building up this country and helping the people of this nation, he is attacked by those who should be thrilled about the great job he is doing.

It is a bleak and telling contrast when you compare what’s on his agenda today to the agenda of his enemies with only their political gain in mind.

They are not talking about or working for the successes, the booming economy, the great things about America, or the opportunities to continue building and strengthening—they would like to put a stop to it immediately. Since the day the Democrats lost the last election, they are only interested in one thing—removing this President from office.

Join me in praying for President Donald J. Trump today and for Majority Leader Senator Mitch McConnell as he navigates the impeachment process in the Senate.