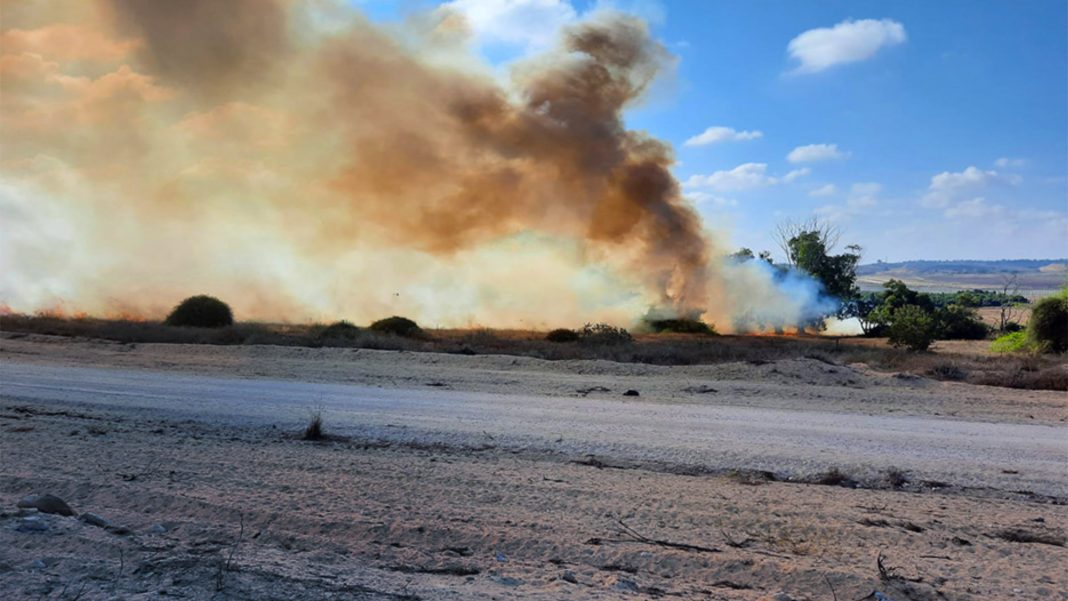 Fighter jets belonging to the Israeli Air Force (IAF) struck Hamas targets in Gaza overnight on Sunday in response to explosive balloons that militants launched from the Strip. The balloons reportedly started multiple fires in the Negev region in southern Israel.

One media outlet with ties to Hamas claimed that Israeli strikes took place near Gaza City before those that occurred in the area of Khan Younis. As it has several times, the IDF warned that acts of terror from the Gaza Strip would result in a military response from the Jewish State.

According to the IDF, multiple Hamas targets were hit, including several buildings inside a base belonging to the Iranian-backed terror group. Additionally, other “infrastructure and utilities used for activities” were hit. The facility targeted in the strike was located just over 200 meters from a school. It is customary for the terror proxy to establish its facilities near civilians.

After the strikes, the IDF took to social media, stating, “In response to arson balloons launched toward Israel, we struck a Hamas military base containing infrastructure and means used for terror activity. The base was near civilian sites in Gaza, including a school. We will continue to respond to any terror attempts from Gaza.”