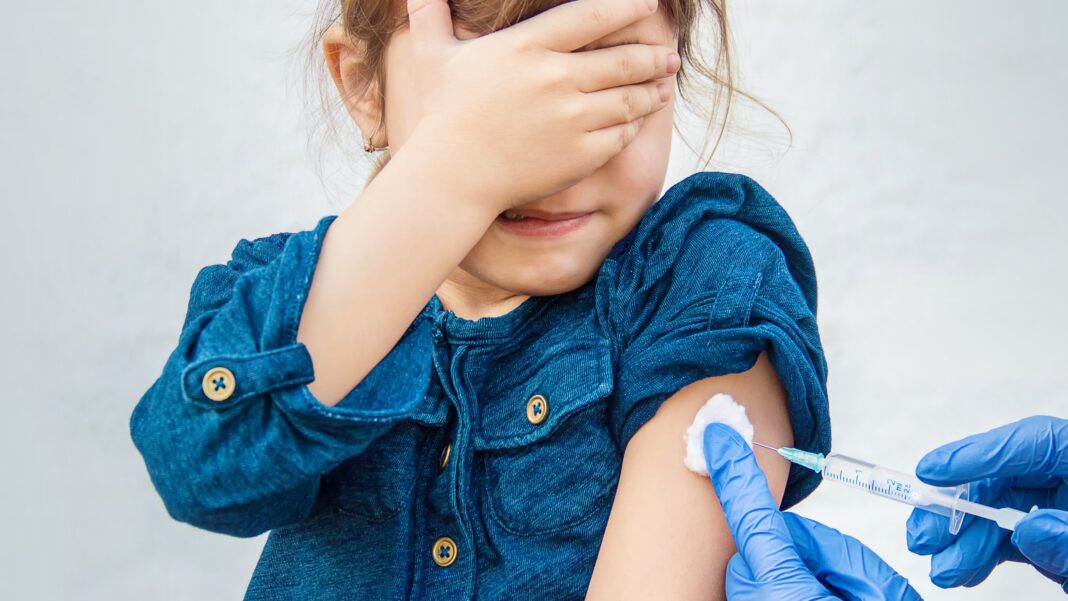 The U.S. Food & Drug Administration (FDA) gave its approval Friday to administering Pfizer’s COVID-19 vaccine to children between the ages of five and eleven, despite limited safety data and an all-but-nonexistent need.

The Associated Press reports that the FDA has given emergency-use approval to reduced doses for children, a third of the size administered to teens and adults. Final recommendations by the U.S. Centers for Disease Control & Prevention (CDC) are slated for next Tuesday, and child vaccinations could be underway by the end of next week.

Pfizer already plans to “begin shipping millions of vials of the pediatric vaccine — in orange caps to avoid mix-ups with the purple-capped doses for everyone else,” per the AP.

The news comes just days after child doses won the endorsement of the FDA’s Vaccines & Related Biological Products Advisory Committee, which raised eyebrows in large part thanks to one of the board members, Dr. Eric Rubin of Harvard, stating that “we’re never going to learn about how safe this vaccine is unless we start giving it. That’s just the way it goes.”

That comment fed into many Americans’ deep reservations about the COVID vaccines’ safety — fears the Biden administration has done little to allay, preferring coercion and shaming to transparency and persuasion.

Safety concerns over the COVID vaccines stem primarily from the fact that they were developed and released far faster than any previous vaccine. Defenders stress that their development did not start from scratch, but rather relied on years of prior research into mRNA technology; and that one of the innovations of the Trump administration’s Operation Warp Speed was conducting various aspects of the development process concurrently rather than sequentially, eliminating delays unrelated to safety. However, those factors do not fully account for the condensing of clinical trial phases — each of which can take anywhere from 1–3 years on their own — to just three months apiece.

While cases of severe harm reported to the federal Vaccine Adverse Event Reporting System (VAERS) after taking COVID shots represent less than one percent of total doses administered in the United States, a 2010 report submitted to the US Department of Health & Human Services’ (HHS) Agency for Healthcare Research and Quality (AHRQ) warned that VAERS caught “fewer than 1% of vaccine adverse events.” May reporting from NBC News quotes several mainstream experts acknowledging “gaps” in federal vaccine monitoring.

With regard to COVID and children, data shows they are at little-to-no risk from the virus itself, while even experts otherwise friendly to the new shots — as acknowledged in July by the left-leaning publication Wired — argue that the potential for vaccine-related myocarditis among young males undermines the public health establishment’s persistent refrain that “the benefits of [COVID-19] vaccination far outweigh any harm.”

This summer, a team of researchers with Johns Hopkins School of Medicine “analyze[d] approximately 48,000 children under 18 diagnosed with Covid in health-insurance data from April to August 2020,” and found a “mortality rate of zero among children without a pre-existing medical condition such as leukemia.” The lead researcher, Dr. Marty Makary, accused the CDC of basing its advocacy of school COVID vaccination on “flimsy data.”

It is especially concerning when we consider the unknown variable of long-term side effects on youth, who are overwhelmingly not placed at risk by COVID infections.

The choice belongs to informed parents whether the risk of having their child receive the vaccine outweighs the benefits.

A study out of the University of California shows that teenaged boys are six times more likely to develop heart problems from COVID vaccination than to be hospitalized from the virus itself.

Another study out of Israel revealed that those with natural immunity from previously being infected with COVID-19 have 27 times more protection from the virus than those vaccinated.

Recently, several top physicians and experts—including a leading researcher for Johnson & Johnson—in an FDA meeting on booster shots warned that vaccines “kill more people than they save.” They further urged that the vaccinations are what pose a “clear and present danger” of creating new COVID variants, not the unvaccinated.

Terry James in his recent article, “Peering Into Prophetic Progression,” explained that the world is seeing an advancement of “manipulative” government schemes through vaccine passports, which James referred to as “dictatorial tyranny.”

James wrote that this is an “item that lets us peer a bit into prophetic progression toward Tribulation-era fulfillment [involving] Revelation 13:16–18,” which reads:

Revelation 13:16-18 KJV – “And he [the antichrist] causeth all, both small and great, rich and poor, free and bond, to receive a mark in their right hand, or in their foreheads: And that no man might buy or sell, save he that had the mark, or the name of the beast, or the number of his name. Here is wisdom. Let him that hath understanding count the number of the beast: for it is the number of a man; and his number is Six hundred threescore and six”

“It’s almost uncanny, the clarity with which we can detect the rapid coming-together of satanic control that will mark the Tribulation era,” James described. “We are, for example, seeing now advanced stages of manipulative, governmental machinations through growing mandates demanding that people around the world obey COVID compliance. Already their dictatorial tyranny is declaring that people can’t buy or sell without proof of vaccine compliance.”

“The entirety of the prophetic horizon seems filled with such developing Tribulation storm clouds, stage-setting for what might be soon fulfillment inundates our daily lives,” James continued. “The Rapture will suddenly bring judgment and wrath upon an unsuspecting world of anti-God rebellion and wickedness. That should cause all of us who are looking for our blessed hope to witness of Christ’s soul-saving power and of His offering supernatural safety from the coming Tribulation storm.”