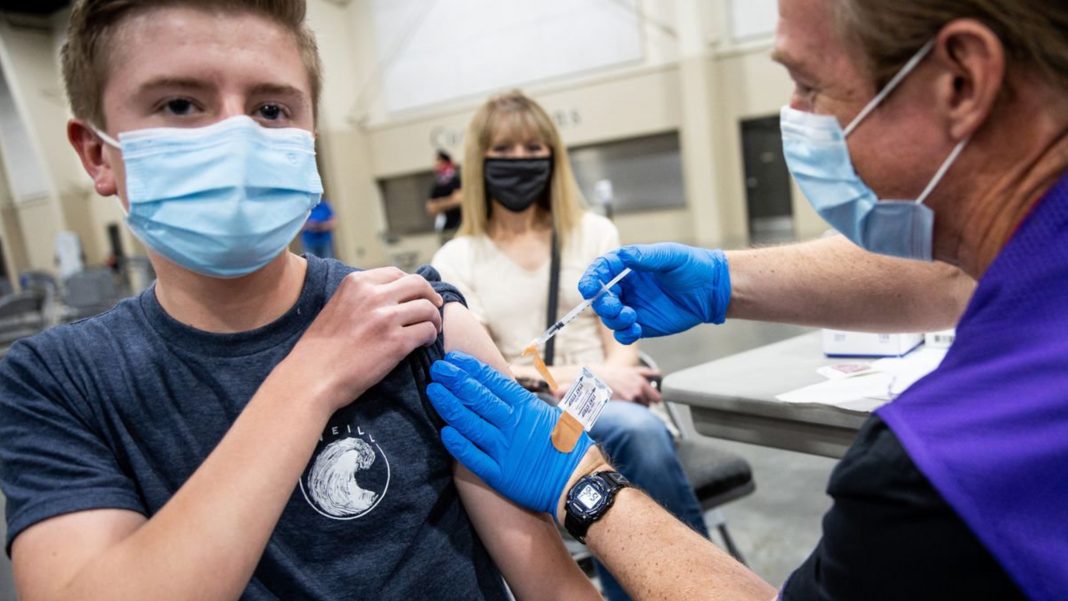 Research conducted by the University of California has found that teenage boys are six times more likely to suffer from heart problems caused by the COVID-19 vaccine than to be hospitalized as a result of COVID-19 itself.

“A team led by Dr Tracy Hoeg at the University of California investigated the rate of cardiac myocarditis – heart inflammation – and chest pain in children aged 12-17 following their second dose of the vaccine,” reports the Telegraph.

“They then compared this with the likelihood of children needing hospital treatment owing to Covid-19, at times of low, moderate and high rates of hospitalisation.”

“Researchers found that the risk of heart complications for boys aged 12-15 following the vaccine was 162.2 per million, which was the highest out of all the groups they looked at.”

This compares to the risk of a healthy boy being hospitalized as a result of a COVID infection, which is around 26.7 per million, meaning the risk they face from the vaccine is 6.1 times higher.

The research data was based on a study of adverse reactions suffered by teens between January and June this year.

In a sane world, such data should represent the nail in the coffin for the argument that teenagers and children should be mandated to take the coronavirus vaccine, but it obviously won’t.

In the UK, the government is pushing to vaccinate 12 to 15-year-olds, even without parental consent, despite the Joint Committee on Vaccination and Immunisation (JCVI) advising against it.

Meanwhile, in America, Los Angeles County school officials voted unanimously to mandate COVID shots for all children over 12 despite angry objections from parents.

HD Editor’s Note: Why Is This Biblically Relevant?

It is especially concerning when we consider the unknown variable of long-term side effects on youth, who are overwhelmingly not placed at risk by COVID infections. Recently, we have heard multiple Governors and lawmakers voice their concerns with vaccine mandates for this very reason.

“It’s not driven by the science. It’s driven by the momentary politics. And if you have a reason why medically it’s a bad idea for you to take the vaccine, well, their view is tough for you.”

“One of my big problems is our vaccination of the military,” he explained. “I was a 10-year Navy surgeon so I have Navy people and Army people calling me. There were only 20 deaths of all the active duty in 2020 for Covid, in all the services put together. They have a big epidemiological base and they can find out exactly what’s going on. There were only 20 deaths and we are vaccinating everybody. We’ve already had tumors and we’ve had 80 cases of myocarditis, which has a significant five-year mortality rate, I think it’s 66 percent… So, with the vaccination program we have ostensibly killed more of our young active-duty people than Covid did.”

Control is the operative term in consideration of the drive toward vaccination, the likes of which has never been seen, planet-wide. Whether the vaccines are a justifiable means of controlling the virus or its variants is open to considerable conjecture. Time will perhaps tell if they are what they are claimed by CDC and others to be. –Or whether they are a means of bringing down populations –a claim that, while I don’t wholeheartedly accept, should, in my view, be granted some degree of credence.