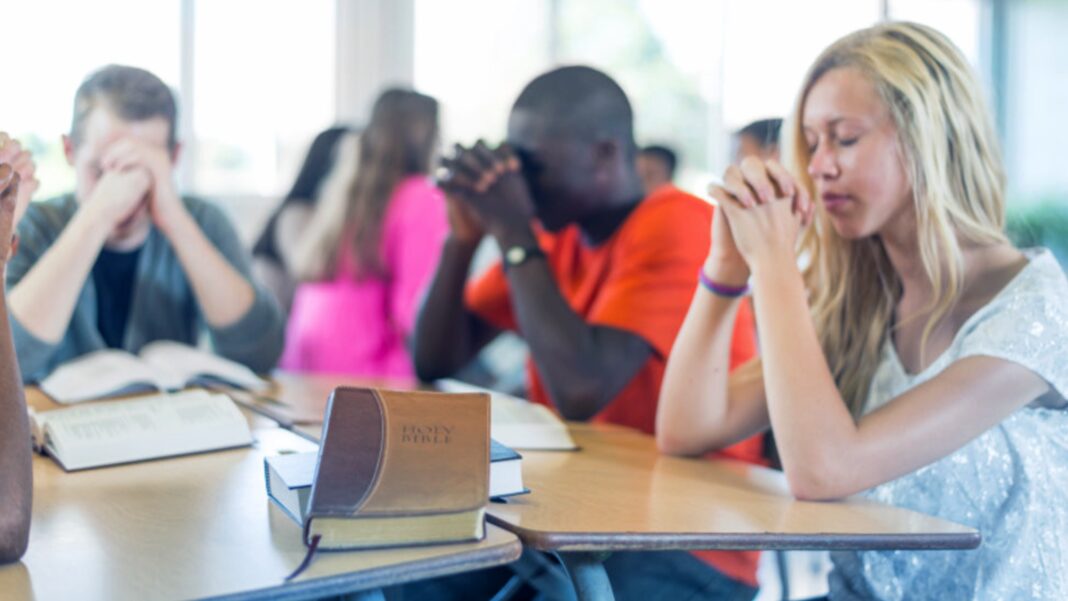 Florida’s Republican Governor Ron DeSantis has signed a bill that would require at least one minute of silence, and possibly more, in public schools at the beginning of every day, so children can pray.

DeSantis signed HB 529 known as the “Moment of Silence in Public Schools” bill into law on Monday. Under the law, public-school principals will be required to direct first-period teachers to institute moments of silence, according to WFLA.com.

“It’s something that’s important to be able to provide each student the ability, every day, to be able to reflect and to be able to pray as they see fit,” DeSantis said. “The idea that you can just push God out of every institution, and be successful — I’m sorry, our founding fathers did not believe that.”

The governor added he was signing the measure to help protect religious freedom in the state.

The new law, which covers all K-12 public school classrooms, says teachers can’t make suggestions to students about what they will reflect on during the moment of silence. But teachers should encourage parents to have that conversation with their children. It will go into effect on July 1.

The new law will make Florida one of at least 15 states that require moments of silence at public schools. The Sunshine State had already been among roughly 18 other states that gave schools the option to do so.

DeSantis also signed another bill into law that allows some volunteer first responders, including those run by faith-based groups, to use emergency lights and sirens when responding to emergencies. Some Orthodox Jews rely on these volunteer ambulance services to help overcome religious sensitivities that prevent some people from using traditional emergency services.