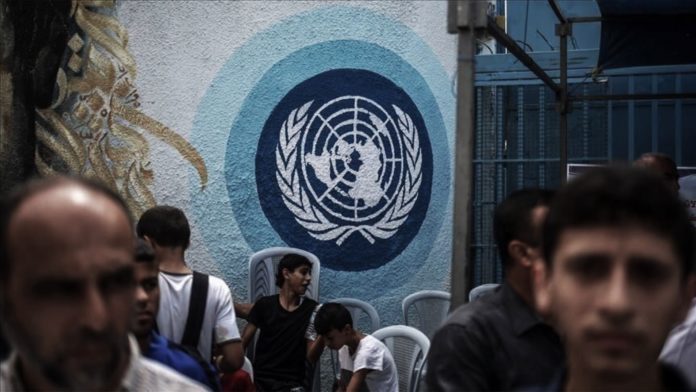 The United Nations voted Friday to extend the mandate of its controversial agency for Palestinian refugees in a move opposed by Israel and the United States.

In a General Assembly vote, the UN’s Fourth Committee approved extending UNRWA’s mandate until 2023. The vote was 170-2, with only Israel and the US voting against.

The vote was one of eight resolutions concerning Israel approved Friday by the Fourth Committee, which did not take up measures on any other states.

UNRWA was set up in the years after more than 700,000 Palestinians were expelled or fled their lands during the 1948 war surrounding the creation of Israel. It has repeatedly had its mandate extended since then.

Israel accuses the organization of perpetuating the Israeli-Palestinian conflict by extending refugee status to millions of descendants, rather than the status only to the original refugees as is the norm with most refugee populations worldwide.

The Trump administration has made similar criticism of UNRWA and in 2018 suspended and later cut all funding to the agency.

UNRWA disputes the criticism and says the services it provides would otherwise not be available to Palestinians.

“We view this vote as an unequivocal rejection of a malicious and cynical campaign led by the Trump administration and Israel to abolish UNRWA and revoke the inalienable rights of Palestine refugees,” Palestinian Liberation Organization official Hanan Ashrawi said in a statement.

The foreign minister of Jordan, which houses a large number of Palestinian refugees, also hailed the passage of the resolution.

Among the eight resolutions passed Friday was one condemning Israel for its control over the Golan Heights, which it captured from Syria in the 1967 Six Day War, as well another approving a “special committee to investigate Israeli practices affecting the human rights of the Palestinian people and other Arabs of the Occupied territories.”

“The UN’s assault on Israel with a torrent of one-sided resolutions is surreal,” UN Watch director Hillel Neuer said in a statement.

Neuer also criticized the resolutions on UNRWA for not mentioning Pierre Krahenbuhl, who resigned last week as the agency’s head over alleged misconduct.

Krahenbuhl is one of several senior UNRWA officials being investigated as part of a wide-ranging probe. An internal ethics report has alleged mismanagement and abuses of authority at the highest levels of the agency, which has also faced a financial crisis after US funding cuts.

The report said the allegations include senior management engaging in “sexual misconduct, nepotism, retaliation, discrimination and other abuses of authority, for personal gain, to suppress legitimate dissent, and to otherwise achieve their personal objectives.” Krahenbuhl himself was alleged to have been romantically involved with a colleague appointed in 2015 to a newly created role of senior adviser after an “extreme fast-track” process, the report said.

Israel’s Foreign Ministry said the reports on alleged mismanagement at UNRWA lent credence to its criticism of the agency and called for a full release of the probe’s findings.

A number of countries suspended their contributions pending the outcome of the probe into alleged mismanagement.