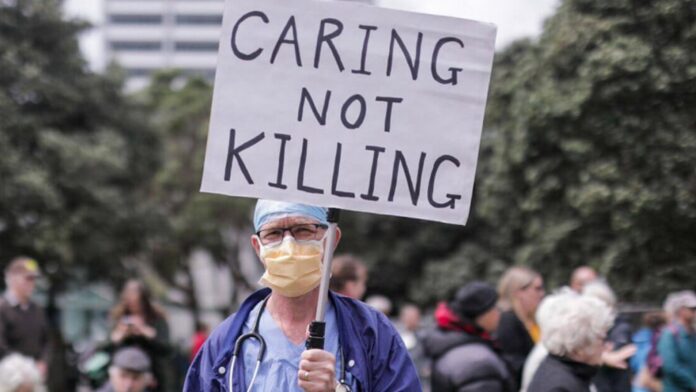 With about 83 percent of votes counted, New Zealanders emphatically endorsed the euthanasia measure with 65 percent voting in favor and 34 percent voting against.

The referendum on euthanasia applies to adults who have terminal illnesses and are likely to die within six months.

Supporters say it makes the country more compassionate and humane, but opponents say the vote puts vulnerable people on a dangerous path.

The vote makes New Zealand the seventh country in the world to legalize assisted dying. Other countries that allow some form of euthanasia include The Netherlands, Luxembourg, Canada, Belgium, and Colombia.

The government’s ministry of health will be tasked with assisting those who want to end their lives.

People who suffer from mental illness or decline due to aging would not be eligible. Nor would those applying solely on the basis of “advanced age” or a disability, The Guardian reported.

Two doctors would have to agree and sign off on the decision.  A psychiatrist would be consulted if either doctor would have any doubts.

“It is a victory for all New Zealand as we become a more compassionate and humane society,” said lawmaker David Seymour, of the libertarian ACT Party. “Thousands of New Zealanders who might have suffered excruciating deaths will have choice, dignity, control, and autonomy over their own bodies, protected by the rule of law.”

But Dr. John Kleinsman said the vote put vulnerable people on a dangerous path. He said the mere option of euthanasia would be a burden and pressure for many ailing people and their families, as well as for health care and religious workers.

In 2 Timothy Chapter 3, the apostle Paul describes to us what the character of mankind would be like in the last days. These characteristics would serve as a sign that Jesus’ return is fast approaching. Among this list is a “Loss of Natural Affection,” A society is required to have this characteristic to be able to murder the weakest among them.

But we are not just animals! We—every one of us—are all made in his image and therefore all human beings have lives of special value to God, so much so that Jesus Christ, God’s Son, gave his own life for us (John 3:16; 1 Corinthians 15:22; Hebrews 2:9–10). God’s account of creation recorded in the Bible is consistent with what we see in the physical world and validates his ownership of humanity and his right to set our standards. And apart from a source of truth from someone greater than man, no person’s moral judgments are more valid than another’s. Human beings have many ideas about right and wrong, but as described in the biblical book of Judges, when God’s Word is ignored, everyone does what is right in his own eyes (Judges 21:25), and that is a recipe for disaster as much now as it was during the days described in the book of Judges. Only God who created mankind is justly in a position of moral authority over all mankind. 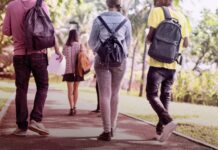