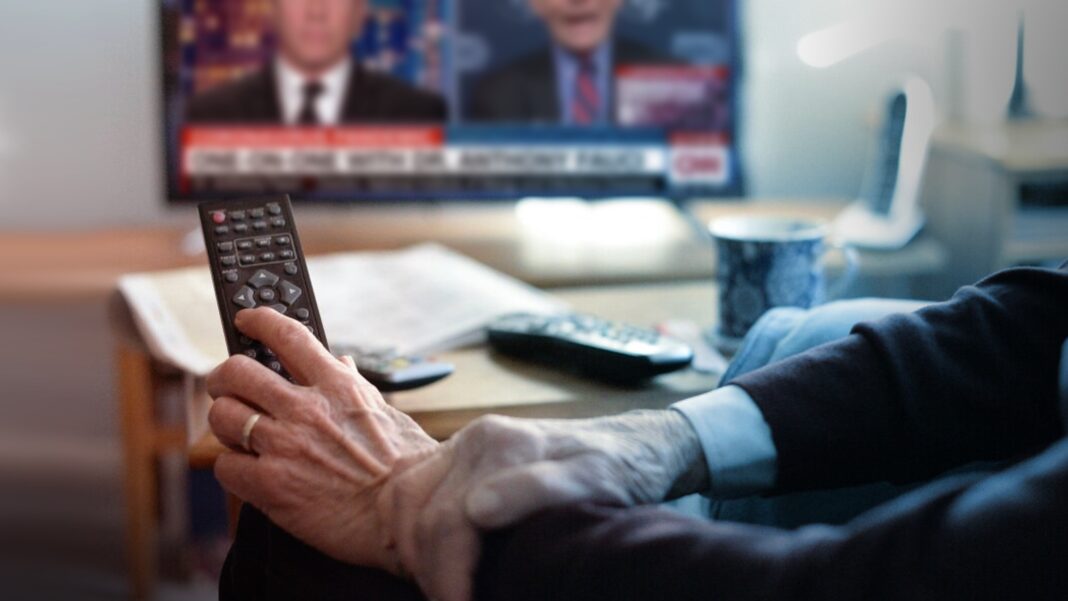 In a news report that is, as talk radio host Erick Erickson called it, “unbelievable,” a CNN journalist claimed there “is no consensus criteria for assigning sex at birth.”

Despite the fact the article is a news report and not an opinion piece, Cole, who held internships at both CNN and the BBC prior to becoming a politics reporter for the network, claimed the phrase “biological sex” is “a disputed term that refers to sex as listed on students’ original birth certificates.”

“It’s not possible to know a person’s gender identity at birth,” the reporter added, “and there is no consensus criteria for assigning sex at birth.”

The CNN journalist was immediately met with internet scorn.

Andrew Walker, an ethics and public theology professor at The Southern Baptist Theological Seminary, asked, “How are we supposed to take this seriously?”

Washington Examiner political columnist Tim Carney responded to Cole’s article, writing, “We know how to assign sex at birth. CNN is literally lying to you in asserting otherwise. The writer and editor know the difference between a baby boy and a baby girl. It’s rank dishonesty in service of culture war.”

Jay Caruso, managing editor of the Examiner, noted the sentence in question “has zero business appearing in a ‘news’ story.”

Ryan T. Anderson, author of the banned book, “When Harry Became Sally: Responding to the Transgender Movement,” concurred with Carney, writing he is “entirely correct about CNN and that ridiculous ‘news’ story.”

“One minor note about language, though,” he wrote. “We don’t ‘assign’ sex — we recognize and acknowledge a natural identity. I recognize my son is a boy — I didn’t assign it. ‘Assign’ implies convention/choice.”

“The gender activists use ‘sex assigned at birth’ to create conceptual space for sex to be ‘re-assigned’ by hormones and surgery,” Anderson added.

The claims made by the reporter, who studied journalism at The George Washington University, are in line with the message from the leftist American Civil Liberties Union, which, in February, argued it is a “myth” to suggest “sex is binary, apparent at birth, and identifiable through singular biological characteristics.”

Cole’s CNN article centered on Noem’s back-and-forth with the South Dakota legislature, whose members rejected her request for changes to a bill, H.B. 1217, that would have required students to only join sports teams that correspond with their biological birth sexes.

Earlier this month, Noem issued a so-called “style and form veto,” in which she asked state lawmakers to revise the legislation to apply only to elementary and secondary school athletics in South Dakota. As it’s written, the law would apply to state universities, too.

The governor expressed concern the original bill’s language could cause “significant unintended consequences” that might trigger “punitive” actions by the NCAA against South Dakotan athletes.

Noem has explained she is putting together what she hopes will become a coalition of states that can then — together — take on the NCAA and ensure biological females are protected at the college level.

State legislators rejected Noem’s request by a vote of 2-67, sending it back to the governor’s desk. She ultimately vetoed the bill and instead issued executive orders accomplishing the same thing.

Noem said her orders are a “temporary” fix. She is calling for the legislature to reconvene for a special session in May or June.

Ken Ham in an article about a “Biologist ‘Canceled’ for Saying Male and Female Exist”, explained that today’s scientists have rejected science for gender ideology:

As we’ve said before, the ideology of the transgender movement, masquerading as “science,” is nothing more than a massive medical (and I would add “malpractice”) experiment—and many children are victims of this experiment.

Genesis 1:27 teaches that God has created us male and female. There are only two biological sexes—male and female—created by God, separate and distinct, but both equally created in his image. Gender is not on a spectrum and it’s not some social construct, as so many today would have us believe.

Hormonal transition and the mutilation of perfectly healthy organs (known as sex reassignment or confirmation surgery) aren’t the answer to gender dysphoria. The truth of God’s Word and the life-changing message of the gospel are the answer. In Christ, we have a new identity not grounded in how we feel but in who Christ is and what he has done for us.

An additional Answers in Genesis article on the “Transgender” movement reminds us:

Genesis 1:27 says God made them “male and female.” No matter how hard some people try, they can’t wish away this fundamental physical reality—and that’s a good thing.