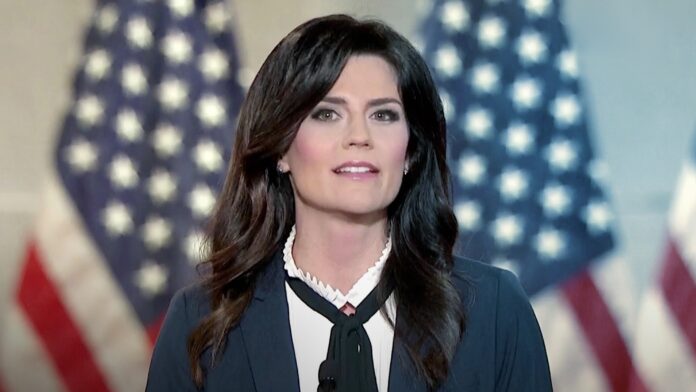 During the second night of the 2020 Republican National Convention, Cissie Graham Lynch, daughter of Franklin Graham, and Abby Johnson, former Planned Parenthood director, urged Americans to consider religious liberty and the sanctity of human life when voting in November.

“In the words of my grandfather Billy Graham,” Lynch said, “‘Let us stand for political freedom, moral freedom, religious freedom and the rights of all Americans. And let us never give in to those who would attempt to take it from us.’”

Lynch reminded listeners of the first line of the First Amendment, particularly the phrase “free exercise of religion.”

“That means living out our faith in our daily lives—at our schools and at our jobs. And yes, even in the public square,” she said.

She went on to praise President Trump for the actions he has taken to protect religious freedom over the last four years.

“He appointed judges who respect the First Amendment,” Lynch said. “He supported religious beliefs in court. He ensured that religious ministries would not be forced to violate their beliefs. He reversed the policies that placed our little girls at risk.”

“And on the world stage,” she continued, “President Trump became the first president to talk about the importance of religious freedom at the United Nations, giving hope to people around the world.”

Lynch warned that leftists will force Christians to choose between their Biblical beliefs and a progressive agenda, because the “radical left’s god is government power.”

Johnson issued a similar warning through her personal story of working at Planned Parenthood.

She shared about how the organization recruited her at a volunteer fair while she was in college.

“They talked about helping women in crisis,” Johnson recalled, “and their commitment of keeping abortion safe, legal and rare.”

She began working at a clinic as a volunteer and was later offered a full-time job as a medical assistant before being promoted to director of the clinic.

“I truly believed I was helping women,” she said.

But her perspective began to change when her boss assigned her an “abortion quota.”

“I was expected to sell double the abortions performed the previous year,” Johnson said. “When I pushed back, underscoring Planned Parenthood’s public-facing goal of decreasing abortions, I was reprimanded and told, ‘Abortion is how we make our money.’”

It all came to a head in September 2009 when she was asked to assist with an ultrasound-guided abortion.

“Nothing prepared me for what I saw on the screen,” Johnson told viewers. “An unborn baby fighting back, desperate to move away from the suction.” She said the calloused words of the doctor just before the baby was suctioned away—“Beam me up, Scotty”—have haunted her to this day.

It was then that she decided to leave the clinic, becoming a fierce pro-life advocate.

Johnson said that she supports President Trump because “he has done more for the unborn than any other president.”

She cited his actions to restore and expand the Mexico City Policy, blocking federal funding for international organizations that participate in abortion services or abortion referrals, as well as his appointments of a record number of pro-life judges, including two Supreme Court justices.

“Life is a core tenant of who we are as Americans,” Johnson said. “This election is a choice between two radical, anti-life activists and the most pro-life president we have ever had. That’s something that should compel you to action.”

She ended by imploring Americans to vote in November and to “do it with our … most vulnerable Americans in mind. The ones who haven’t been born yet.”