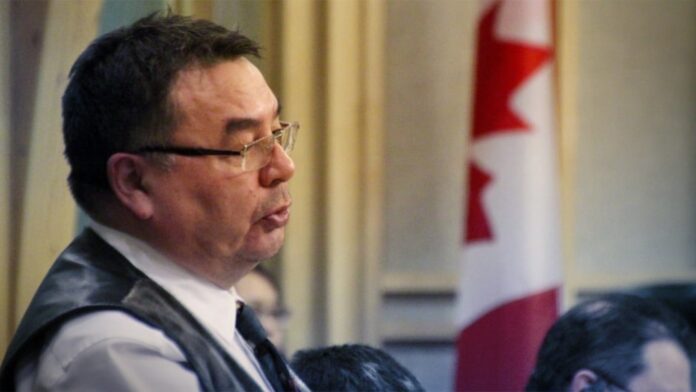 The premier of the Canadian province of Nunavut stripped a cabinet member of his portfolios this week for making a comment on Facebook that referenced Black Lives Matter and opposed abortion.

In his post, Patterk Netser had stated: “All lives matter.”

“Just thinking out loud,” he wrote. “I wonder how many Black ladies go through abortion and at what stage of the gestation? Are they not lives too?”

Now, Netser, a Member of the Legislative Assembly (MLA) for Aivilik, is no longer the minister responsible for Arctic College and the Nunavut Housing Corporation, CBC reported.

Nunavut Premier Joe Savikataaq announced his decision in a statement Thursday, saying he had been made aware of the MLA’s “unacceptable social media post.”

“There can be no tolerance for disrespectful, hurtful remarks or actions, and we must uphold our government’s principles and values,” he said.

Savikataaq gave Netser the option to resign or lose his portfolios, a spokesperson from the premier’s office told CBC.

However, Netser was clear in interviews with local media as well as the CBC that he does not regret his post and that he has a Charter right to express his views.

A Christian, Netser was also adamant that he did not intend to target any group, but was expressing deeply held convictions on the sanctity of human life.