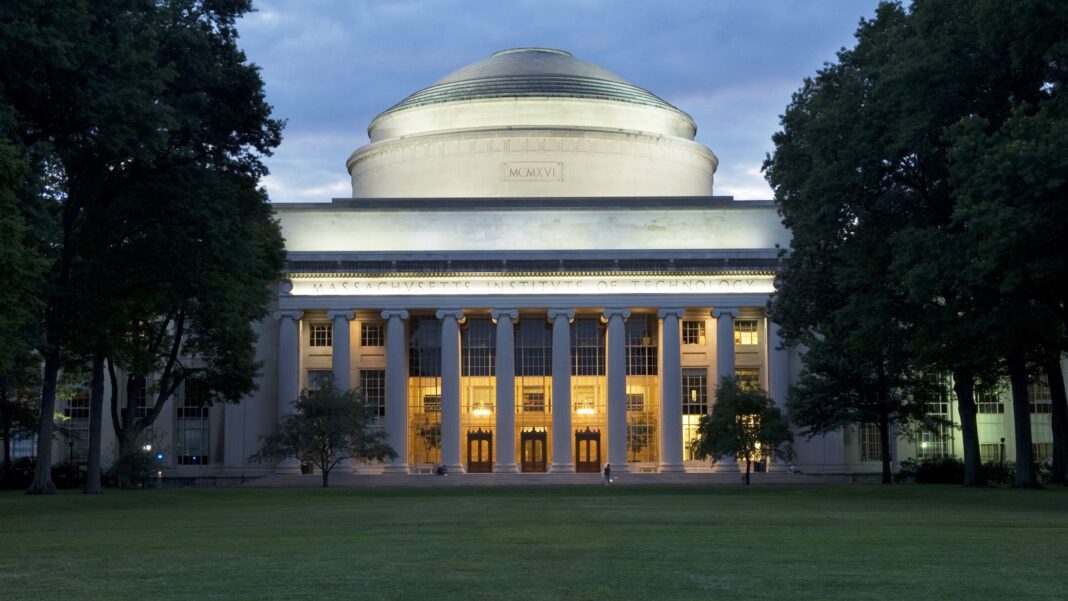 “Thousands” of people have signed up for an online alternative lecture featuring the University of Chicago professor Dorian Abbot after the Massachusetts Institute of Technology (MIT) canceled his lecture and booted him from its expert series following complaints from alumni and students who noted that Abbott had criticized diversity, equity and inclusion initiatives in higher education.

“The associate geophysics professor, Dorian Abbot, said activists and MIT academics were outraged by comments he made in an August Newsweek opinion piece, wherein he criticized current diversity, equity, and inclusion standards in higher education,” Fox News reported. “In the piece, Abbot proposed an alternative framework called ‘Merit, Fairness, and Equality,’ whereby university applicants are ‘treated as individuals’ and ‘evaluated through rigorous and unbiased’ processes based on merit and qualifications.”

The idea that candidates should be admitted to institutions of higher education on their individual merits was so outrageous to MIT’s alumni and students that they banded together to pressure the top school to cancel his [lecture] — the school’s annual Carson Lecture — even though his studies — and the subject of the lecture — are completely unrelated to DEI.

“Dorian Abbot, an associate professor of geophysics at the University of Chicago, wrote in an op-ed on Bari Weiss’ Substack on Tuesday that MIT contacted him last week to say his Carlson Lecture was being canceled to ‘avoid controversy,’” the New York Post noted. “Abbot accused MIT of ‘quickly’ relenting to a Twitter campaign led by MIT students and recent alumni that demanded he be uninvited from the annual public lecture because he’d recently argued that academic evaluations should be based on merit.”

“A small group of ideologues mounted a Twitter campaign to cancel a distinguished science lecture at the Massachusetts Institute of Technology because they disagreed with some of the political positions the speaker had taken. And they were successful within eight days,” Abbot wrote. “The fact that such stories have become an everyday feature of American life should do nothing to diminish how shocking they are, and how damaging they are to a free society. The fact that MIT, one of the greatest universities in the world, caved in so quickly will only encourage others to deploy this same tactic.”

It appears, though, that Abbot may have the final word. In response to the controversy, Princeton decided to host Abbot for a Zoom lecture in place of his MIT lecture, and “thousands” have now signed up to hear Abbot speak.

“Now, Princeton has opted to take the reins and host Abbot’s lecture remotely on October 21, the very same day it was scheduled to take place at MIT,” Fox News noted. “A Princeton professor, Robert P. George, said in a Sunday tweet that the ‘Zoom quota’ for the lecture had already been expanded to accommodate more attendees after the web conference limit was reached.”

(This article is in no way an endorsement of Dorian Abbot’s lecture on “climate science and life on other planets.”)

Writing on Twitter, Abbot who has not been shy in speaking out about “woke” politics specifically in academia, stated, “Trying to ban speakers you disagree with and intimidate everyone else into silence is a bizarre strategy if you are trying to convince people that your ideology has absolutely nothing in common with the totalitarianisms of the 20th century.”

Abbott is not the only professor who has been forcibly “canceled” for disagreeing with the diversity, equity, and inclusion initiatives pushed by universities.

Recently a professor at UCLA was suspended for refusing to grade black students more leniently than non-minority students.

Furthermore, professor Gordon Klein also denied a request to postpone the final exams of black students following the death of George Floyd. When Klein was questioned on his denial of the request, he stated: “Remember that [Martin Luther King] famously said that people should not be evaluated based on the ‘color of their skin. Do you think that your request would run afoul of MLK’s admonition?”

Last month, Kein filed a lawsuit following the backlash and repercussions he faced from the school, stating that the suit is not only to “redress the wrongful conduct he has endured but also to protect academic freedom.”

Many have also been outraged over the racist insinuation by universities that black students “need more help” than white students.

Even those who are black don’t seem to be immune from the anti-racist-racism. Samuel Sey, a Christian who is vehemently against critical race theory, was scolded by Ambrose University after he spoke there in February, and an apology was sent to students for allowing him to speak.

“Ambrose University—a supposedly Christian university in Calgary—made it known I wasn’t useful for their agenda. They released a public statement suggesting they aren’t allies with black people like me,” he said.

Sey further pointed out that the universities own “statement on Freedom Of Expression” which encourages advancing truth and diversity of opinion, evidently “didn’t apply to a (black) man speaking on the biblical definition of racism.”

“I don’t deny that my talk is offensive,” he continued. “Biblical truth is offensive to people who disagree with the Bible. But that shouldn’t include a supposedly Christian university like Ambrose. And according to messages I’ve received since their statement, many of Ambrose’s students and their parents agree.”

“If Ambrose University sincerely wants to be allies with black people, they should align themselves with the Bible,” he underscored.

In his talk “What Is Racism?” at the university in February, Sey explained:

RECOMMENDED: Why ‘Critical Race Theory’ Is Incompatible With Scripture