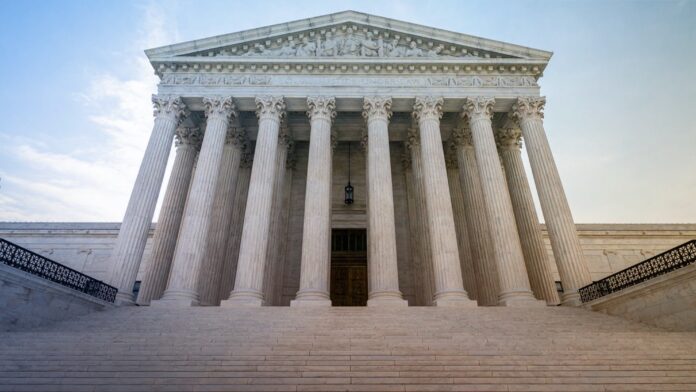 The Harvest Rock Church in California is turning to the Supreme Court for an emergency injunction blocking an order from Gov. Gavin Newsom restricting the number of people who are legally permitted to gather at houses of worship during the coronavirus pandemic.

California has a tiered system that places different levels of restrictions on different counties, but as of Nov. 21, 41 counties in the state — representing 94% of the state’s population — were under the most restrictive regulations that include the prohibition of all indoor religious services. Services in other counties have strict caps on the number of people permitted. The state issued specific guidance to places of worship earlier this year.

“For over nine months, the Governor has continued to discriminate against Churches’ religious worship services while permitting myriad nonreligious entities to continue to gather without numerical restrictions inside the same house of worship and in other external comparable congregate assemblies,” the church said in its filing, referring to essential businesses and services that are permitted to operate.

The church went on to accuse Newsom of “publicly encouraging and supporting mass protestors, rioters, and looters to gather without numerical restriction in blatant disregard for his own Orders[,]” and of personally disregarding prohibitions, including an image taken of Newsom with a large group at a restaurant, seemingly against indoor dining restrictions.

Fox News reached out to Newsom’s office for comment but they did not immediately respond.

The church’s legal argument is based primarily on the First Amendment. Under the amendment’s Free Exercise Clause, the church claims, Newsom’s order is illegal because restricts the size of religious gatherings while treating non –religious groups and activities differently.

The church also cites case law surrounding the First Amendment’s Establishment Clause that says that the government cannot “force or influence a person to go to or remain away from church against his will.” The church claims that imposing criminal penalties on people who go to a house of worship influences them to stay away.

The church’s request goes to Justice Elena Kagan, who may rule on it herself or refer it to the fill court. Similar emergency requests were recently made regarding restrictions in New York and are currently pending before the court. One challenge was from the Catholic Diocese of Brooklyn and the other was from various Jewish organizations.