Bible Bite: The Name That Stands Alone & Above All Others 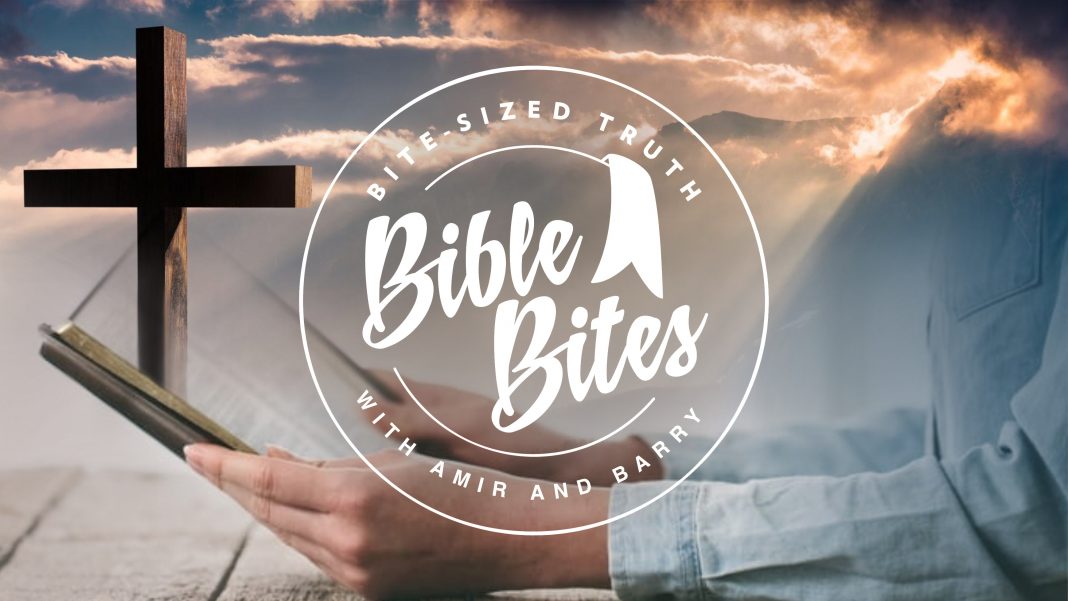 “Yeshua is in fact the Son of God. He is the very Word of God come to tabernacle amongst us, full of grace and truth. God became flesh and dwelt among us. Yeshua, the Messiah. That’s not Moses.

In most, if not all, cultures around the world great care is given to the selection and preservation of the family name. Surnames are held in high esteem by family members. Even given names are carefully selected in honor of other family members or some other criteria that makes a name endearing.

Yet there is one name that is exclusive in its meaning. It stands above all others names in history and even associates the owner of that name with His Father, who is known universally as God.

Acts 4:12 KJV – “Neither is there salvation in any other: for there is none other name under heaven given among men, whereby we must be saved.”

In this verse in Acts, Peter tells his listeners that this one name stands alone and above all others. It is not simply a random identifier of an individual. It is a name of power, and not just power in the sense of earthly names of renown like Rothschild, Rockefeller, Bezos, or Musk. This name has soul saving power!

Philippians 2:5-11 KJV – “Let this mind be in you, which was also in Christ Jesus: Who, being in the form of God, thought it not robbery to be equal with God: But made Himself of no reputation, and took upon Him the form of a servant, and was made in the likeness of men: And being found in fashion as a man, He humbled Himself, and became obedient unto death, even the death of the cross. Wherefore God also hath highly exalted Him, and given Him a name which is above every name: That at the name of Jesus every knee should bow, of things in heaven, and things in earth, and things under the earth; And that every tongue should confess that Jesus Christ is Lord, to the glory of God the Father.”

The name we are referring to is Yehoshua, often abbreviated as Yeshua. Translating the Hebrew to English gives us Joshua. Jesus is the English translation of the Greek, Iesous (pronounced ee-ay-soos)

We find His glorious name frequently paired with His title of Christ, which means “anointed”. This identifies Him as the Messiah.

The fact that Acts says that His name stands alone as the name that saves and that Philippians says His name is the one name to which every knee will bow and confess that He is the Lord to His Father’s glory, tells us that there is but one Savior of the world and He is the Savior of both Jews and Gentiles! There is and will be no other!

Isaiah 43:1-3 KJV – “But now thus saith the Lord that created thee, O Jacob, and he that formed thee, O Israel, Fear not: for I have redeemed thee, I have called thee by thy name; thou art mine. When thou passest through the waters, I will be with thee; and through the rivers, they shall not overflow thee: when thou walkest through the fire, thou shalt not be burned; neither shall the flame kindle upon thee. For I am the Lord thy God, the Holy One of Israel, thy Saviour…”

Since we have established that there is only one Savior and here Isaiah describes Him as the Holy One of Israel, and since we know that the one Savior, the Holy One of Israel, is the Lord your God, then the conclusion must be that Jesus is God. This is why His name is above all others. This is why all knees will bow and all tongues will confess His name as that of the Lord.

John 1:14 KJV – “And the Word was made flesh, and dwelt among us, (and we beheld his glory, the glory as of the only begotten of the Father,) full of grace and truth.”

There are a lot of names that are instantly known in our world, names like those we mentioned a moment ago. Others, like Moses, David, and Daniel immediately draw a Biblical association.

His name is a name of power. In it is power to break chains, power to set captives free, power to heal, power to restore, power to provide, power to protect for His name – that wonderful name that alone is full of grace and truth. It is because of the power of the name of Jesus that Satan has been working hard to silence or demean the church by elevating other religious systems to equal status with the name of the true and living God.

Many will argue that Jesus never claimed to be God. This argument reveals a significant ignorance of the meaning of His name, for His very name declares that He is what only God can be – the Savior of the world.

God is salvation and Jesus is God, as is the Father and the Holy Spirit. The Father sent His Son into the world to save sinners. The Son came into the world as One sent by the Father to do His will. The Son lived, died, rose again, and ascended into heaven. The Holy Spirit then came as a helper and guarantee of our future inheritance in heaven.

There is no other name under heaven given among men that can do those things. Only one. His name is the very gospel itself. God is salvation!

Don’t let the world bully or intimidate you or silence your proclamation of the Gospel and the name of Jesus. His is the only name that can save!