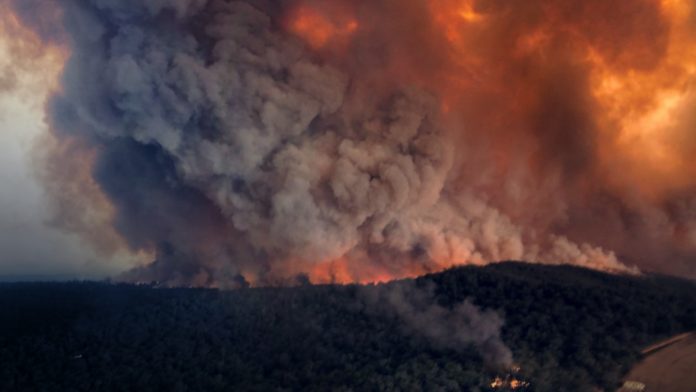 Australia ordered residents and tourists out of the path of raging bushfires Thursday as the country braced for a weekend heatwave expected to fan the deadly inferno.

“We don’t take these decisions lightly but we also want to make sure we’re taking every single precaution to be prepared for what could be a horrible day on Saturday,” she said.

It came as the NSW Rural Fire Service declared two “tourist leave zones” stretching almost 186 miles from the town of Nowra along the picturesque coast to neighboring Victoria state, where people are also being urged to flee.

Residents and visitors in two inland areas — which include popular holiday resorts in the Snowy Mountains — were also told to leave, with people given less than 24 hours to evacuate before a heatwave brings gusting winds and temperatures above 40 degrees Celsius (104 Fahrenheit).

That weather will create conditions officials say will be as bad as — if not worse than — Tuesday, the deadliest day in a months-long bushfire crisis.

At least 18 people are now known to have died in one of Australia’s most devastating bushfire seasons yet, and there are growing fears the toll could rise dramatically, with officials in Victoria saying 17 people were missing in the state.