Is Amazon’s New ‘Pay By Hand’ Pre-Conditioning for the Mark Of The Beast System? 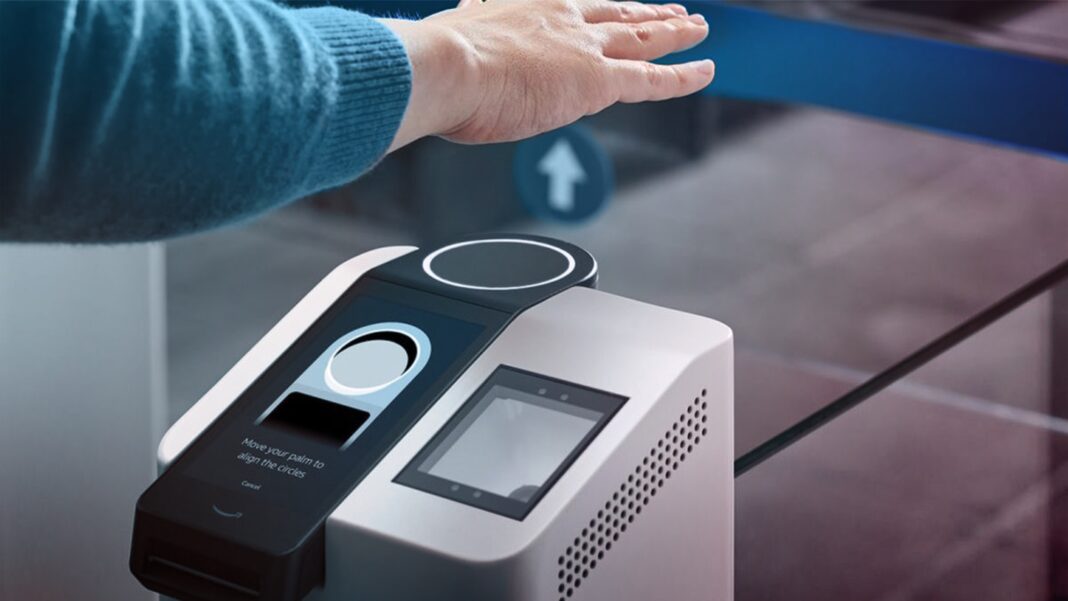 Amazon has created a new way for customers to make purchases with just their palm. The new hand recognition technology called “Amazon One” is currently available in two of its Amazon Go stores located in Seattle, Washington.

By holding their palm above the device, patrons can enter secure areas and pay for items without cash or credit card.

The amount of personal information that the company will receive from the scans is also an important concern with this latest development in cashless payments.

Like fingerprints, every palm is unique and Amazon contends the data will be secured, stored in a special cloud created by Amazon, and that customers can wipe out their Amazon One-related hand data at any time.

The company expects to roll out the system in other Amazon stores in the months ahead including Whole Foods grocery stores, which it owns.

The world’s largest online retailer believes the palm technology could be used for many other types of purchases and transactions like retail stores, stadiums, and office buildings, touting the fact that its process is “touchless” which makes it perfect for avoiding diseases like COVID.

CBN News previously reported that Amazon was working on a way to link credit card information to your palm print. Now it’s a reality. Amazon One appears to be just the latest option in the ever-expanding business of biometric scanning and micro-chip implanting.

Meanwhile, social media users have begun posting their concerns over the recent announcement.

One user tweeted, “Amazon One – a way for people to give away their entire palm print to be stored in a ‘secure’ server where nobody can/ will access that data. what happened to contactless debit/credit cards? what am I missing? why do I feel this is unnecessary?”

Another Twitter user wrote, “I’m so NOT a conspiracy theorist & I left my fire-&-brimstone childhood behind a long time ago, but Amazon One, where you hold your palm over a scanner to pay, is straight-up 666, y’all. The Bible Belt pulpits are gonna eat this up.”

Some Christians say body scanning like this is another step toward the fulfillment of the End Times “Mark of the Beast.”

Others worry about the harmful impact these technological advancements can have on the way we discern good from evil or how to follow our moral compass.

In an article previously reporting the developing “Amazon Pay By Hand,” PNW wrote that although this is not the “mark of the beast” it very well may be pre-conditioning for the anti-christ system:

If this sounds like something you have read in the Book of Revelation you are correct.

The Book of Revelation warns that during the Tribulation every person will be required to accept a mark which will signify worship of a one-world leader and be necessary for commerce:

Most Christians recognize that current [hand scans] are not the actual “mark of the beast”, yet there is concern that acceptance of such technology is conditioning people for when the real one does come along.

What often starts off as voluntary can just as easily become mandatory [we witness that during the COVID-19 ‘pandemic’] and whereas tech itself may be neutral, in the hands of the wrong person it could be extremely dangerous.  Imagine the technology of today in the hands of Hitler.

Christians have long debated the meaning of the “mark of the beast”.  It still remains to be seen if the mark will be microchipped under the skin or some other form of payment using the hand such as Amazon Pay, but there is no denying it, our generation appears to be the first in history to have the technology to fulfill this prophecy.