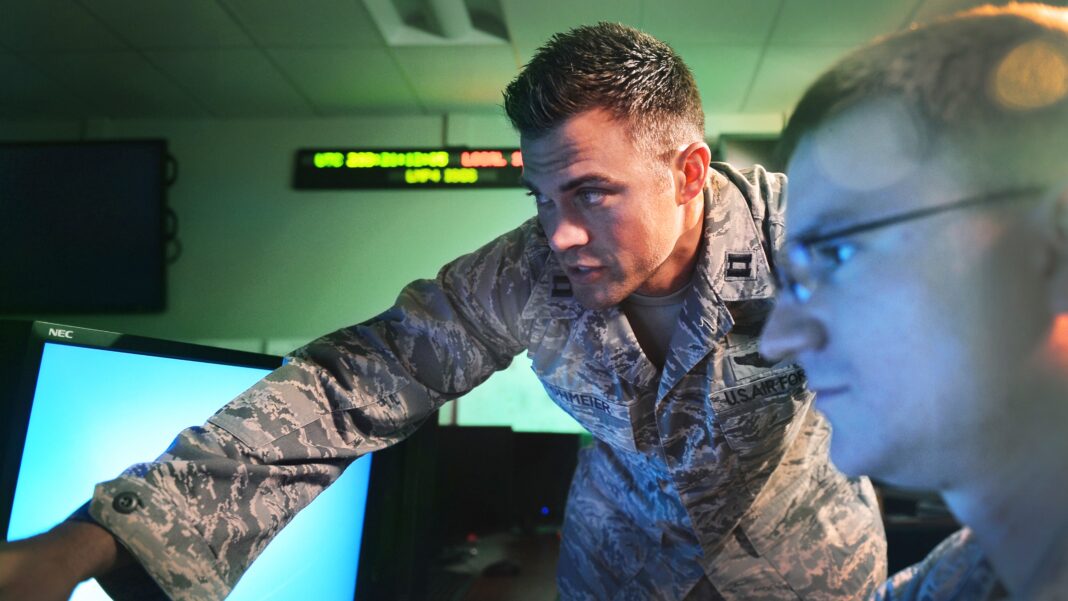 A United States Air Force lieutenant colonel was fired from his command at Space Force after he gave interviews about his new book in which he said Marxism and critical race theory (CRT) are spreading in the military.

Air Force Lt. Gen. Stephen Whiting, the head of Space Operations Command, fired Lt. Col. Matthew Lohmeier from his post as commander of 11th Space Warning Squadron at Buckley Air Force Base, Colorado, after at least two interviews in which he discussed his new book, Irresistible Revolution: Marxism’s Goal of Conquest & the Unmaking of the American Military, according to reports.

Lohmeier, an Air Force Academy graduate, gave an interview on May 7 on the podcast Information Operations with host Air Force veteran L. Todd Wood, and he said critical race theory is rooted in Marxism and “our diversity, inclusion, and equity industry and the trainings we’re receiving in the military are rooted in critical race theory.”

“The language of the training, which most people don’t understand but I help lay it out in the book, was devised by Marxists,” he said. “It’s intended to be divisive and yet we spread it about the military services pretending it’s going to unify everyone.”

Lohmeier complimented Air Force and Space Force senior leaders, but said, “especially because of the climate at the moment, people that sense that something is off with all of the diversity and inclusion trainings and the language and the coerced speech and all this kind of stuff, they’re unwilling and perhaps because they don’t understand it. They’re unwilling to take a stand against it because they fear perhaps they might be in the wrong.”

“Or they might not get promoted,” he added. “We spend a lot of time talking about Great Power Competition … but we face our greatest threat here at home.”

Lohmeier criticized the Air Force’s materials he was given to conduct the stand-down on extremism ordered by Defense Secretary Lloyd Austin to discuss extremism with his troops. He said the training materials began with a vignette about the January 6 Capitol breach. “That context painted the entire discussion and all the talking points.”

He said all of the examples that were given in the training did not mention riots during the summer of 2020 but only had to do with “various odd examples of white nationalists that had been caught at some point in the last decade and had been punished for it and kicked out of the military, or a radical Islamic terrorist.”

Lohmeier said he did not accuse senior leaders of “ill motives” but said, “if we pursue this agenda, it will divide us. It will not unify us.”

He said he does not care what political views his troops have, but he opposes senior leaders politicizing the military. “That’s not what the American people expect, and that’s not our obligation,” he said.

He called the work environment “hyper-politicized,” where “diversity and inclusion initiatives are being pushed constantly.”

He said at his base, troops were reading a book called, So You Want to Talk About Race?in which there are suggestions about where they should donate money and what politicians they should be donating to, and the U.S. is referred to as a “white supremacist nation” throughout the book.

“It has no place in the military whatsoever,” he said.

He said neo-Marxist thought has found a welcome home in the Democrat Party. “What you see happening in the U.S. military at the moment is that if you’re a conservative, then you’re lumped into a group of people who are labeled extremists if you voice your views. If you’re aligned with the left, then it’s OK to be an activist online because no one is going to hold you accountable.”

He advised new troops to push back against critical race theory because it is “discriminatory” and is a form of extremism, according to DoD Instruction 1325.06. “People need to be courageous,” he said.

Lohmeier said it is his personal opinion that Chinese President Xi Jinping would love nothing more than to watch “us rot like this from the inside because that means there will be no great power competition between the United States and China. There will not need to be.”

He said other active-duty troops have reached out to thank him for writing his book, saying they had no voice.

Wood had joked to Lohmeier during the interview, “You’ll probably be removed after this interview goes live.”

A Space Force spokesperson told Military.com, which first reported Whiting’s decision to fire Lohmeier, the decision “was based on public comments made by Lt. Col. Lohmeier in a recent podcast.”

Breitbart News contacted the Air Force for more details on Sunday but did not receive a response by publication.

Lohmeier also appeared May 12 on The Steve Gruber podcast to discuss his book, according to CNN. During that interview, he criticized the New York Times‘ 1619 Project as “anti-America” and said, “it denies America’s founding philosophy and insists that the whole purpose for the founding of the country was to institute slavery [inaudible] and it’s a teaching that I heard at my base.”

Lohmeier said during the interview he has tried to push back against these narratives using official chain-of-command processes and the Air Force inspector general’s office. “The most important thing is that people need to be courageous,” he said. “We need to reject critical race theory.”

Lohmeier told Military.com, “My intent never has been to engage in partisan politics. I have written a book about a particular political ideology in the hope that our Defense Department might return to being politically non-partisan in the future as it has honorably done throughout history.”