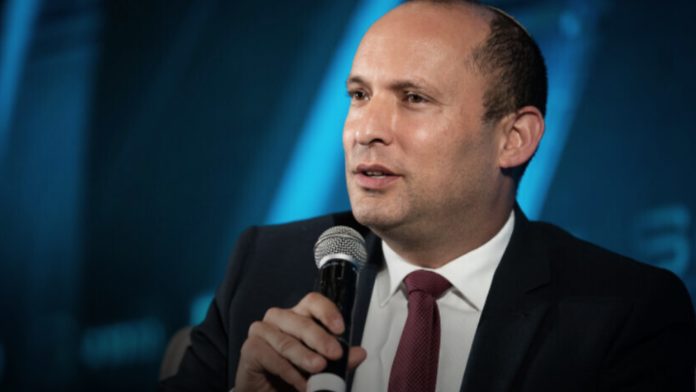 Newly-appointed Defense Minister Naftali Bennett will be sworn in Tuesday, at a ceremony marking the end of Prime Minister Binyamin Netanyahu’s service as Defense Minister, and the beginning of Bennett’s term.

The ceremony is set to take place at 11:00 a.m. Tuesday, when Netanyahu’s resignation as Defense Minister will go into effect.

The transfer of the Defense Ministry portfolio will take place without the usual honor guard reception which traditionally accompanies such ceremonies, as per Bennett’s request: “So that I can get to work right away addressing the serious challenges that lay ahead of us.”

Bennett spoke with senior security officials Sunday ahead of his swearing-in, and is slated to continue the talks Monday.

Over the next few days, Bennett is slated to meet with members of the IDF’s General Staff, headed by Chief of Staff Aviv Kochavi, after which he will meet with the heads of the various branches within the Defense Ministry, along with the ministry director-general.

Of the ministers present, only Yoav Galant voted against approving the appointment.

Later on Sunday, Bennett spoke with IDF Chief of Staff Aviv Kochavi, who congratulated Bennett on his appointment.