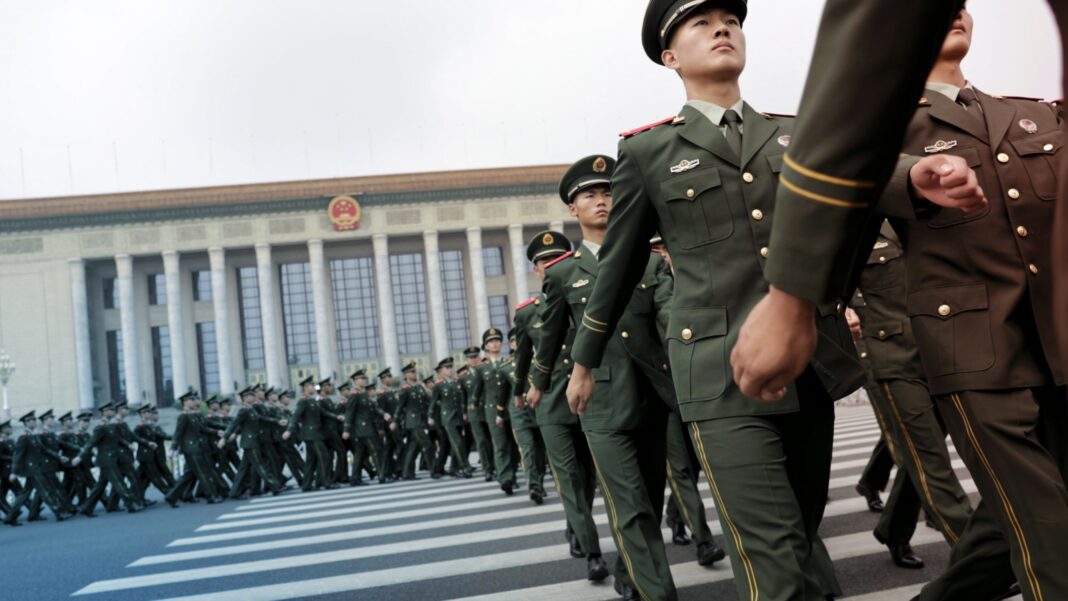 Chinese leader Xi Jinping is telling the military to focus on strengthening combat readiness over the next five years as he warns of uncertainties domestically and abroad.

“The current security circumstances of our country are largely unstable and uncertain,” he said. He instructed the armed forces to “heighten their sense of urgency” and “hurry up” to accomplish the annual military objectives as outlined in the 14th Five Year Plan, the country’s latest policy roadmap.

Unveiled in Beijing on March 5, the proposal calls for the cooperation between military and civilians, or what it termed “civil-military fusion,” to equip the military with artificial intelligence-powered weapons and other cutting-edge technologies.

“The Chinese military as a whole must make ready to meet with various complex and difficult circumstances, and resolutely defend national sovereignty, safety, and development interests,” Xi said.

Xi’s order built upon his January command, in which he called on the regime’s military to “focus on preparing for war, deepen the transformation of military training, build a new type of military training system, and comprehensively improve the level of combat training and ability to win.”

Years of continual spending growth have made Chinathe world’s second-largest military spender after the United States. In the 2020 report [pdf], the U.S. Department of Defense described both the Chinese army and navy forces as the largest in the world, noting that the Chinese military, known as the People’s Liberation Army, “is developing capabilities to provide options for the PRC [People’s Republic of China] to dissuade, deter, or, if ordered, defeat third-party intervention during a large-scale, theater campaign.”

Over the coming year, Beijing plans to spend more than 1.38 trillion yuan ($212 billion), an increase of about 6.8 percent from 2020, according to Wu Qian, the spokesperson for China’s Ministry of National Defense.

In an interview with Chinese media on Sunday, Wu justified the hike in military expenditure as necessary for both “self-defense and protecting world peace,” saying it was “beyond reproach.”

“The world is far from peaceful, therefore our national defense must scale up,” he said.

While the Chinese regime has denied its seeking to pursue hegemony, it has grown more aggressive in the Taiwan Strait and the South China Sea.

Beijing is currently holding a month-long military exercise through March 31 in a zone with a radius of roughly 3.1 miles in the South China Sea, vowing that they “will not lose an inch of the land that our ancestors left to us.”

Chinese warplanes have intruded into the air defense identification zone of Taiwan, a self-ruling island that the regime claims as part of its territory, on a near-daily basis since the start of this year. Last week, it abruptly banned the import of Taiwanese pineapple on accounts of pests. More than 90 percent of Taiwan’s pineapple exports went to China last year.

He reiterated the same position in the March 7 interview, saying that the Chinese Communist Party “reserves the option to deploy all necessary measures” to bring Taiwan under its fold, including using military force.

Adm. Philip Davidson, head of U.S. Indo-Pacific Command, expressed fears that the Chinese military may be making “vast advances” in both its size and capabilities to supplant the United States on the world stage.

He described the Indo-Pacific region as the “most consequential region for America’s future,” where the United States’s deterrence posture “must demonstrate the capability, the capacity, and the will to convince Beijing unequivocally the costs of achieving their objectives by the use of military force are simply too high.”

“They’ve long said they want to be that by 2050. I’m worried about them moving that target closer,” he said.

With the current global state of turmoil amongst the nations, and we can’t help but recognize the distress of nations Jesus describes in Luke 21 and Matthew 24, matching what we see today.