What the Future Holds for the Nation of Israel 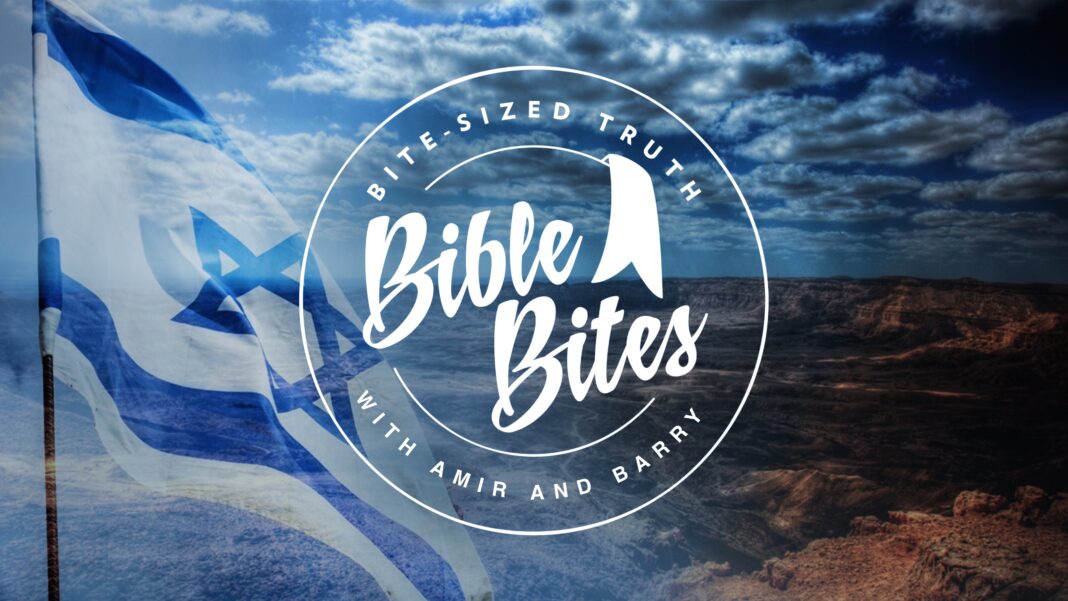 “Is there any indication of Israel’s salvation during the millennial kingdom? Of course! Zechariah 12:10 says, “And I will pour on the house of David, and on the inhabitants of Jerusalem the spirit of grace and supplication; then they will look on Me whom they have pierced.” When Jesus returns, Israel will be the one that says, “Blessed is He who comes in the name of the Lord.” Jesus said, Jerusalem, you will not see me until you say, “Baruch haba b’Shem Adonai”. You will have to invite Me.

Hosea 5:15 says, “In their affliction they will earnestly seek My face.” So, after the tribulation that is designed for their salvation, they will earnestly seek Him and will cry, “Baruch haba b’Shem Adonai”. They will mourn for Him as one mourns for his only son and grieve for Him as one grieves for their first-born. They will understand that for the last 2,000 years they were wrong. Jesus is our Messiah. He’s the One whom we’ve pierced, He’s the One whom we condemned, He’s the One we thought was not our King, not our Messiah, not our Deliverer. He truly is the Messiah, truly is the deliverer, truly is the king of kings, the Lord of Lords. Oh, how I wish we would have believed in Him before. We would have been spared from this whole tribulation.

And you, also, before the tribulation starts, have the privilege to choose Him.

Then, after the tribulation and the second coming of Jesus, will arrive the millennium. Jeremiah pictures the millennium as the time when Israel and Judah will once again be united in peace. The city of Jerusalem will be called the throne of the Lord. Jesus, the righteous Branch, will reign as the King, act wisely, and do justice and righteousness in the land. Because of His new role as King, Jeremiah 23:6 tells us that the name of Jesus will be changed to “Adonai Tsidkenu” – “Yahweh Tsidkenu” – which means the Lord is our righteousness.

Jesus will not be the only King in the land. David in his glorified body will serve as king of Israel. Jeremiah 30 says that in that time all the enemies of Israel will be destroyed. The city of Jerusalem and the temple will be rebuilt, the population will be multiplied, and the mourning of the Jewish people will be turned into joy. The Jewish people will repent of the rejection of the Messiah. They will enter into a new covenant with God and it will be written on their hearts. Jeremiah 31:31 talks about the new covenant, the new testament, that the Jewish people were promised. The streets of Jerusalem will be filled with a voice of joy and of gladness.”

In a world filled with uncertainty and hopelessness, what a privileged people we are as those who know God. It is because of that relationship that we not only know what the future holds for the world, we know what lies beyond the grave and into eternity.

We know in the last days perilous times will come (2 Timothy 3:1). These days will be as they were in the days of Noah, exceedingly violent and man’s thoughts and intents will be only evil continually (Genesis 6:11 and 6:5 respectively). We also know that in the last days there will be a rejection of sound doctrine and a preference for myths and fables within what is called “the church”. We also know that Jerusalem will be the focus of world attention, and that someday the Jews will see that the Holy One of Israel is none other than Jesus Christ.

1 Thessalonians 5:1-5 KJV – “But of the times and the seasons, brethren, ye have no need that I write unto you. For yourselves know perfectly that the day of the Lord so cometh as a thief in the night. For when they shall say, Peace and safety; then sudden destruction cometh upon them, as travail upon a woman with child; and they shall not escape. But ye, brethren, are not in darkness, that that day should overtake you as a thief. Ye are all the children of light, and the children of the day: we are not of the night, nor of darkness.”

While the world around us lives in uncertainty and many inside the so-called church have rejected sound doctrine and denied the importance of Bible prophecy – and while others have rejected the modern nation of Israel as the Israel of the Bible – we, as Bible-believing born again Christians are not in the dark about the present troubles or the future of world events.

In this world of uncertainty and hopelessness, the Lord is performing that “good thing” that He promised to the house of Israel and the house of Judah. As a privileged people living in such a time as this we need to note that it is “in those days and at that time,” meaning within the season of history when Jerusalem and Judah are again inhabited by Jews. It is then that the Branch of Righteousness (a Messianic title) will rise up from the house of David and rule and reign in righteousness.

Matthew 24:32-35 KJV – “Now learn a parable of the fig tree; When his branch is yet tender, and putteth forth leaves, ye know that summer is nigh: So likewise ye, when ye shall see all these things, know that it is near, even at the doors. Verily I say unto you, This generation shall not pass, till all these things be fulfilled. Heaven and earth shall pass away, but my words shall not pass away.”

Not only do Joel 1:7 and Hosea 9:10 both use the fig tree as an idiom for Israel, but the word translated as “generation” would be contextually consistent with the “in those days and at that time” phrase used in Jeremiah 33.

All of this tells us that we need to be looking up for our redemption is near!

Soon, in a moment and twinkling of an eye, we will “put on immortal incorruptibility” and forever be with the Lord. While we do not know exactly “how soon”, and we should not be dogmatic about the length of a generation, what we do know for sure is that the Jews are back in the land, the times are perilous, sound doctrine is not endured, Jerusalem is a burdensome stone to all nations, and the moral climate of the world is as it was in the days of Noah.

That means the tribulation is not far off, the salvation of Israel is at hand, and the rapture of the church could happen at any moment!