US: Iran Could Have Nuclear Bomb In Weeks 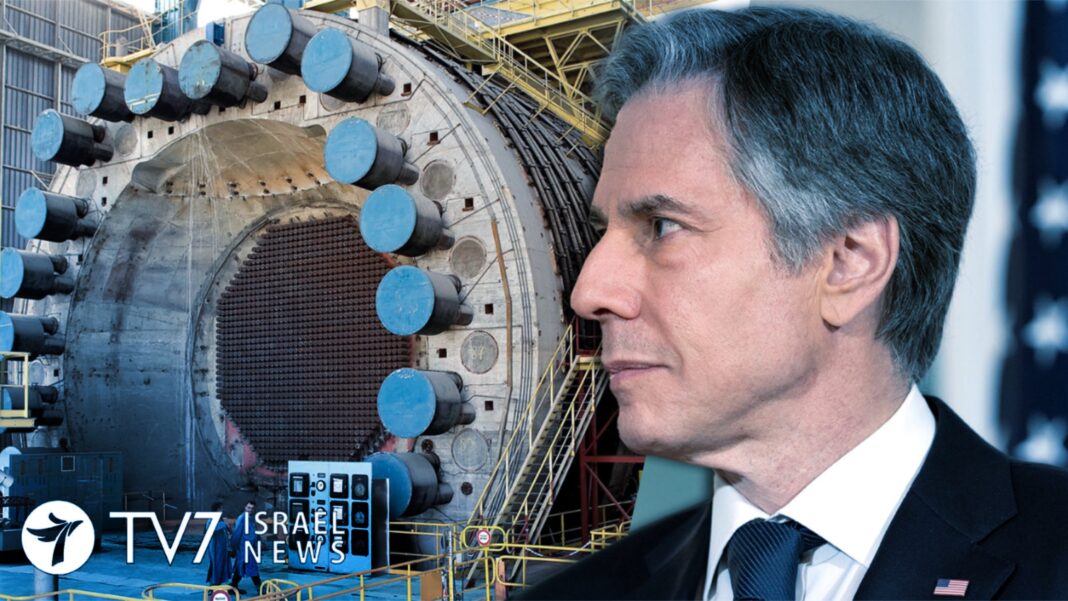 The United States is warning that the current pace of Iranian nuclear development indicates it could soon amass enough fissile material to produce an atomic weapon.

“Its program is galloping forward. … The longer this goes on, the more the breakout time gets down … it’s now down, by public reports, to a few months at best. And if this continues, it will get down to a matter of weeks,” US Secretary of State Antony Blinken testified before the Congressional House Foreign Affairs Committee yesterday.

The top US diplomat added that, “It remains unclear whether Iran is willing and prepared to do what it needs to do come back into compliance” with the 2015 Joint Comprehensive Plan of Action nuclear deal.

Washington and Tehran began indirect talks in Vienna last April to discuss what steps need to be taken to bring both sides back to the nuclear accord.

In 2018, former US President Donald Trump withdrew from the JCPOA after insisting it was too weak to to prevent Iran from developing atomic weapons, and re-imposed harsh sanctions on Iran; after which the Islamic Republic openly began to violate its nuclear obligations. The Ayatollah regime insists it will not reverse course until the punitive international economic measures have been lifted, while US President Joe Biden wants Tehran to first resume compliance with the JCPOA.

During a May meeting with the visiting-US Secretary of State  in Jerusalem, Israeli Prime Minister Benjamin Netanyahu stressed his hope that Washington would not go back to the old JCPOA, because we believe that deal paves the way for Iran to have an arsenal of nuclear weapons with international legitimacy.”

The Islamic Republic of Iran has long vowed to obliterate Israel. Netanyahu has long accused Tehran of violating curbs imposed by the 2015 JCPOA accord in its pursuit of nuclear weapons, a goal Israel has vowed to obstruct by any means necessary.

Prime Minister Netanyahu also underscored to Secretary Blinken that, “Whatever happens, Israel will always reserve the right to defend itself against a regime committed to our destruction, committed to getting the weapons of mass destruction for that end.”

The 5th round of the Vienna Talks ended on 2 June, and diplomats say the 6thsession may open this Thursday.

The European Union chief coordinator of the talks Enrique Mora said last week that he was “sure that the next round will be the one in which we will finally get a deal.”

Senior diplomats from the E3 nations of France, Germany and the United Kingdom said that while “We have continued to make progress and important parts of a future deal have now been fleshed out” that “the most difficult decisions lie ahead.”

“We have of course worked based on the principle of nothing is agreed to (until) all is agreed,” said a joint E3 statement.

“Together we understand that time is on nobody’s side. Decision time is coming up. We will reconvene next week,” they added, in reference to Iran’s 18 June presidential election, which is expected to usher in a hardline president.

While delegates say that while a deal is possible by then, it appears increasingly unlikely.