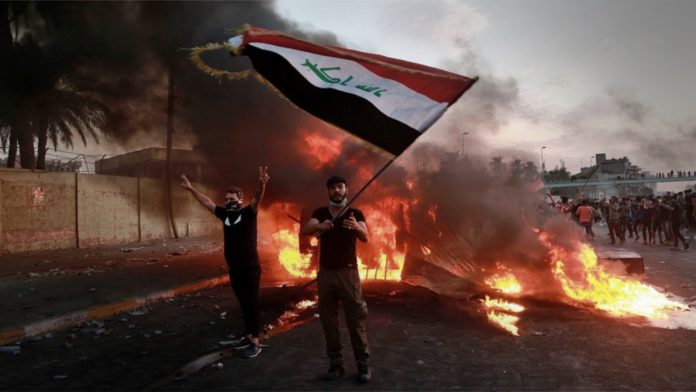 With blessing from Iraq’s top Shiite leader, protesters take to the streets again

US State Secretary Mike Pompeo slammed Iraq over the death toll in the security crackdown on the protests, with official count halted after it hit 300 killed.

Pompeo called on Baghdad on Tuesday to protect the protesters and address their “legitimate grievances.”

On a similar note, the UN representative in Iraq told the AFP on Wednesday that Iraqi officials must step up their reform efforts in order to resolve the ongoing public unrest.

“They are elected by the people, they are accountable to them,” Jeanine Hennis-Plasschaert, the head of the UN’s Iraq mission told the agency.

Wednesday saw fresh rallies by striking students and teachers after the protest activity slowed for a few days following a deadly crackdown by security forces in Baghdad and major southern cities.

In the southern port city of Basra, around 800 students returned to camp outside the provincial government headquarters, days after they had been pushed out by riot police.

The UN has put forward a phased roadmap, backed by Sistani, calling for an immediate end to violence, electoral reform and anti-graft measures within two weeks.