‘Trust In Science,’ They Say… But What Happens When Science Gets Fused With Imagination? 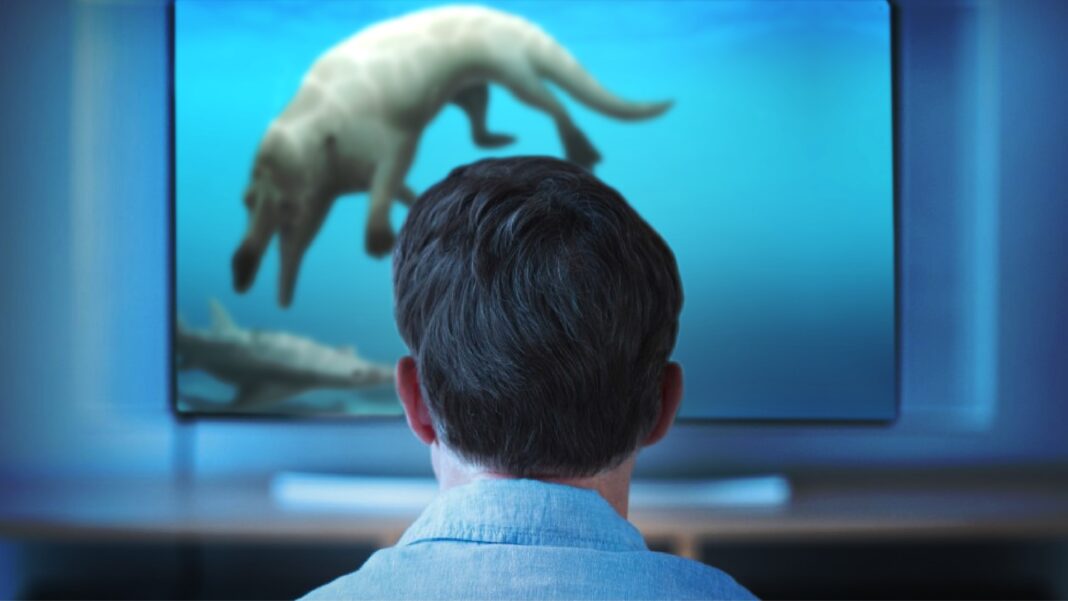 The Journal of Experimental Social Psychology recently published the results of a study that tested whether or not people who say they “trust in science” might be susceptible to believing and disseminating falsehood. Researchers conducted four experiments that involved putting forth false claims with and without references to science. Steven Novella, president of the New England Skeptical Society (NESS) broke it down at NESS’s NeurologicaBlog:

The study focuses on the effect of trust in science as an independent variable, and [as a variable in combination] with the ability to critically evaluate scientific evidence.

In other words, if the false claim being put forth included references to science or scientists who had supposedly conducted research, then those subjects who “trusted science” were more likely to passively accept it than those who scored lower on the “trust in science” scale. This demonstrates human susceptibility to manipulation, as Novella noted:

All you have to do is make a claim seem sciency by quoting an alleged expert or citing a study (regardless of the quality, relevance, or representativeness of that study), and those with trust in science will see that as a cue to trust the claims being made.

Other phrases that boost the sciencey quotient include “evidence-based,” “research-backed,” and “data-driven.” Certainly, evidence, research, and data are necessary components of the scientific enterprise. But what gets lost in too much “trusting science” is that these things must all be interpreted by people. And people will interpret incoming information according to what they already believe is true about the world, philosophically. Some do it knowingly. Others do it unknowingly.

Casey Luskin showed how this effect played out with respect to a recent fossil discovery in Egypt. First, take a look at the opening of this NPR news report. Does it sound more like science news or like a prologue to the next rendition of Jurassic World:

We regret to inform you that your nightmares are about to get worse.

A team led by Egyptian scientists have dug up a 43 million-year-old fossil in the Sahara Desert in Egypt of a now-extinct amphibious four-legged whale.

The headline, Scientists Discover Fossil Of A 4-Legged Whale With A Raptor-Like Eating Style, like several others reporting the August announcement, referred to the fantastical four-legged whale. Reporters and science journalists pointed out the significance of the discovery in that it closed an evidential gap in the fossil record. From the beginning, one major problem with evolutionary theory has been the absence of transitional forms in the fossil record. And so, the fossil of a whale with legs would constitute hard evidence that whales did in fact transition from land animals to sea. That’s why the news was all abuzz about this four-legged whale.

Except that, well, Casey looked beyond the reports to the technical paper itself.

Guess what, folks? The fossil didn’t have any legs. Not four. Not two. Not even one. Casey explained:

That’s right, folks — they didn’t find any of the fossil’s legs. Everything you just read about this fossil is the product of imagination. In fact, if you check the technical paper you’ll learn that they found very little of the fossil at all. Figure 1 from the paper, which can be seen online here, shows the bones that were discovered shaded in red. Zoom in and look at the drawing in the middle. You may notice, as I said, a curious absence of red-shaded leg bones. …

Perhaps this organism had four legs. Perhaps it had flippers. Perhaps it was closely related to whales. Perhaps it has nothing to do with whales. No one really knows. The simple fact of the matter is that we know hardly anything about this creature because, again, so very little of it was found. Forcing this species into an evolutionary paradigm to fit preconceived ideas about cetacean evolution, and promulgating headlines about a “four-legged whale,” is beyond belief. Actually, I take that back. Belief — belief in an evolutionary paradigm — is the thing that’s driving these headlines.

In other words, prior acceptance of the full-on Darwinian paradigm lay behind somebody’s interpretation of the evidence. Interpreting incoming data according to worldview presuppositions is not, in itself, a bad thing. Everyone has a point of view. It can become problematic, though, when it’s unstated or, worse, invisible to the one doing the interpreting.

We love imagination in the arts, but I’ll leave it to you to draw your own conclusion about the ethics of adding four legs into the interpretation of the data regarding the fossil. The image above (attributed to geologist Robert W. Boessenecker, one of the co-authors of the paper) is an artist’s depiction of what the whale is believed to have looked like.

Notice that word believed. Returning to the “Trust in Science” study, the fourth experiment tested the effect of suggesting critical evaluation and found that subjects with a critical thinking mindset fared better at filtering out falsehood (imagine that…), and Casey’s examination of the data behind the news is an excellent example of healthy critical thinking and a good model to follow.

Ironically, Steven Novella had also weighed in on the fossil at NeurologicaBlog. In a post titled Four-Legged Whale Described, he did not actually describe the whale or the fossil, but rather thumbed his nose at ID theorist Michael Denton and creationist Duane Gish (lumping them together as “creationists” as ID critics are wont to do) with an (albeit politely worded) schpiel that basically said, See? We do too have transitional whale species!

Forty years ago we did lack any transitional fossil whale species. Today we have a wealth of such fossils –

To prove his point, he linked to other sites depicting whale evolution. How does he know the fossils behind those depictions represent transitional species? He tells us:

– because evolution is true.

And how does he know that evolution is true?

Might it have anything to do with “trust in science”?

Answers In Genesis detailed in an article the history scientists have using artist renderings to make their own data when they fail to find evidence showing the “transitions” of evolution.

“When all else fails, there are always artists who will make a picture or model of any missing link the evolutionist might desire,” biologist and AiG author and researcher, Dr. David Menton, explained. “Sadly, laymen are often strongly influenced by such fanciful illustrations.”

“Consider the famous ‘March of Progress’ monkey-to-man drawing commissioned by Time Life Books, one of the most famous and recognizable science illustrations ever produced. This drawing presumed to compress 25 million years of imagined human evolution into a row of progressively taller and more erect primates until finally a human walks away with a marine drill sergeant posture and gait,” he wrote. “Many evolutionists have expressed their disapproval over this illustration showing a triumphalist linear progression of evolution that simply does not exist. Nonetheless, this “March of Progress” illustration has probably done more to convince uncritical laymen of the bestial origin of man than any other evidence.”

“Several years ago, the popular evolutionist Carl Sagan was on a television program where he showed a video clip of a rapid series of cartoon illustrations purporting to show amoeba-to-man evolution while a harpsichord solemnly played in the background,” he continued. “At the conclusion, the audience applauded enthusiastically, seemingly convinced that they had actually seen the whole sweep of amoeba-to-man evolution in a few minutes. We are living in an age where many are careless in distinguishing artistic license from scientific evidence.”

Vast corruption has permeated the scientific community, as they have sought to deceive people into believing an atheistic view of Earth’s history. As Ken Ham explained, evolution must be exposed for what it is: “the pagan religion of this age that attempts to explain life without God.”

Ham, pointing to a new study which showed that more than 50% of Americans believe in evolution, wrote:

A new study has found that acceptance of evolution—specifically the affirmation of this statement: “human beings, as we know them today, developed from earlier species of animals”—is now “solidly above the halfway mark” at 54% of Americans. Is this surprising?

No, it’s certainly not surprising, given the following:

What Should You Do If Federal Agents Arrive At Your Door Asking About Your Personal Health Decisions?