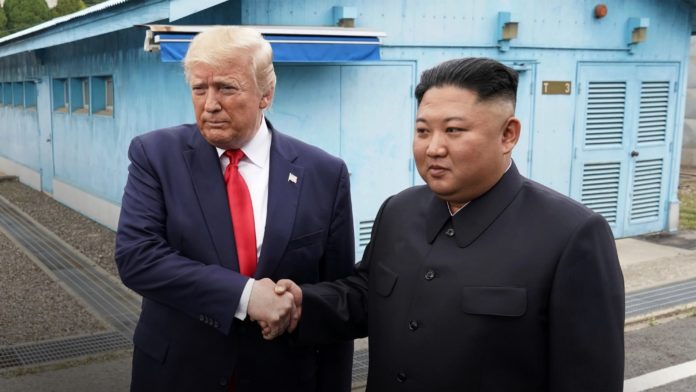 President Trump said Sunday that North Korean leader Kim Jong Un has “everything” to lose after Pyongyang reported a “very important test” at a rocket site.

“Kim Jong Un is too smart and has far too much to lose, everything actually, if he acts in a hostile way,” Trump tweeted.

“He signed a strong Denuclearization Agreement with me in Singapore. He does not want to void his special relationship with the President of the United States or interfere with the U.S. Presidential Election in November,” he added.

“North Korea, under the leadership of Kim Jong Un, has tremendous economic potential, but it must denuclearize as promised. NATO, China, Russia, Japan, and the entire world is unified on this issue!” he wrote.

A North Korean spokesman said in a statement carried by the official Korean Central News Agency earlier Sunday that Pyongyang had carried out a successful test on Saturday, adding that it was of “great significance” to Pyongyang.

“The results of the recent important test will have an important effect on changing the strategic position of the [Democratic People’s Republic of Korea] once again in the near future,” the spokesman added.

Experts said the test appeared to be a static test of a rocket engine rather than a missile launch.

North Korea’s ambassador to the United Nations said just a day earlier that denuclearization talks between North Korea and the U.S. were off the table.

“We do not need to have lengthy talks with the US now and the denuclearization is already gone out of the negotiation table,” the ambassador, Kim Song, said in a statement, according to CNN.

Kim also claimed that the “sustained” dialogue pursued by the U.S. was just part of an effort to benefit a “domestic political agenda.”

The comments came as an end-of-year deadline for the countries to reach a denuclearization deal inches closer. Ri Thae Song, a North Korean vice foreign minister handling U.S. affairs, said in a statement last week that Trump was running out of time to salvage the negotiations.

“What is left to be done now is the U.S. option and it is entirely up to the U.S. what Christmas gift it will select to get,” Ri said in comments relayed by North Korean state media.

“I have a very good relationship with Kim Jong Un,” Trump told reporters on Saturday, Reuters reported. “I think we both want to keep it that way. He knows I have an election coming up. I don’t think he wants to interfere with that.”

“He’s somebody I’ve gotten along with very well for three years,” he added.

Kim Jong Un has issued a warning about taking a “new path” next year, Reuters reported, engendering fears that it could mean the country again starts testing nuclear bombs and long-range missiles.