Pres. Trump Announces New hard-hitting Sanctions that ‘will have a major impact on the Iranian Economy’ 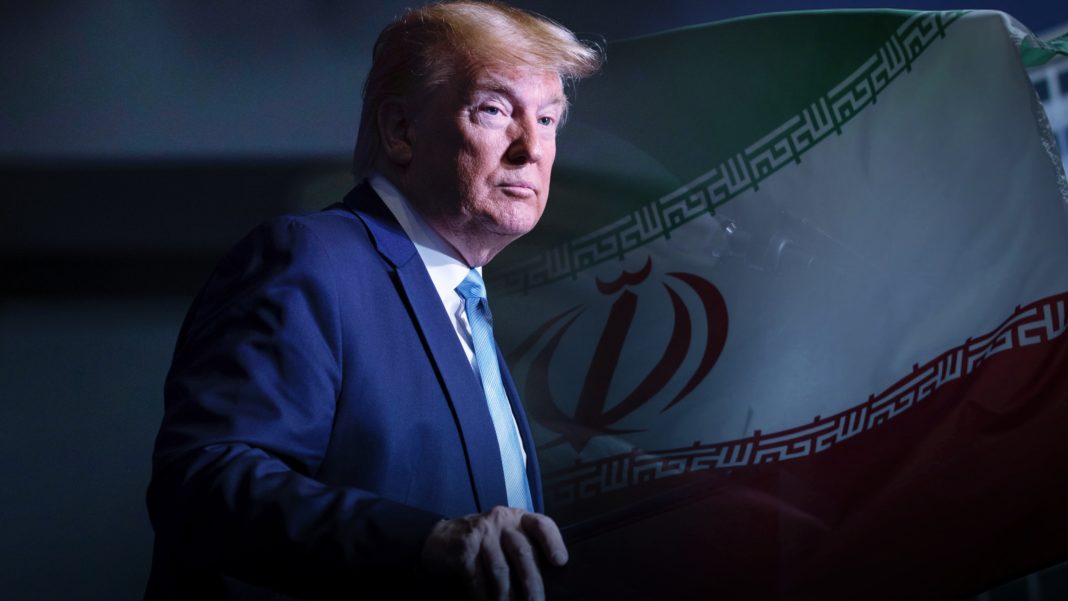 The President released a statement Friday announcing he has issued an executive order to impose new sanctions on the Iran regime. Sanction the President says “will have a major impact on the Iranian economy.”

“Iran will never be allowed to have a nuclear weapon,” Trump’s statement reads. “These punishing economic sanctions will remain until the Iranian regime changes its behavior. The United States is ready to embrace peace with all who seek it.” (read the full statement below).

“Sanctions are part of our commitment to stop the Iranian regime’s global terrorist activities. The President has been very clear,” Mnuchin stated. “We will continue to apply economic sanctions until Iran stops its terrorist activities and commits that it will never have nuclear weapons.”

Munichin explained that sanctions would be placed ‘against any individual owning, operating, trading with, or assisting sectors of the Iranian economy including construction, manufacturing, textiles and mining.’ Additionally, ’17 specific sanctions against Iran’s largest steel and iron manufacturers’ and ‘against 8 senior Iranian officials who advanced the regime’s destabilizing activity and were involved in Tuesday’s ballistic missile strike.’

“Today President Trump is delivering on the pledge that he made the day after Iran attacked American forces in Iraq. There will be a series of new sanctions,” Pompeo reiterated. “We want Iran to simply behave like a normal nation. We believe the sanctions that we imposed today further that strategic objective. Our campaign is composed of diplomatic, economic components that have deprived the regime of billions in revenue, that the regime has used to fuel death and destruction across the Middle East and all across the world. Sadly, the previous administration had opened up these revenue streams or Iran.”

“As long as Iran’s Outlaw ways continue, we will continue to impose sanctions,” Pompeo added.

Today, I am holding the Iranian regime responsible for attacks against United States personnel and interests by denying it substantial revenue that may be used to fund and support its nuclear program, missile development, terrorism and terrorist proxy networks, and malign regional influence.

I have issued an Executive Order authorizing the imposition of sanctions against any individual or entity operating in the construction, manufacturing, textiles, or mining sectors of the Iranian economy or anyone assisting those who engage in this sanctioned conduct.  This order will have a major impact on the Iranian economy, authorizing powerful secondary sanctions on foreign financial institutions.

Iran continues to be the world’s leading sponsor of terrorism.  The Iranian regime has threatened United States military service members, diplomats, and civilians, as well as the citizens and interests of our allies and partners, through military force and proxy groups.  The United States will continue to counter the Iranian regime’s destructive and destabilizing behavior.

Iran will never be allowed to have a nuclear weapon.  These punishing economic sanctions will remain until the Iranian regime changes its behavior.  The United States is ready to embrace peace with all who seek it.