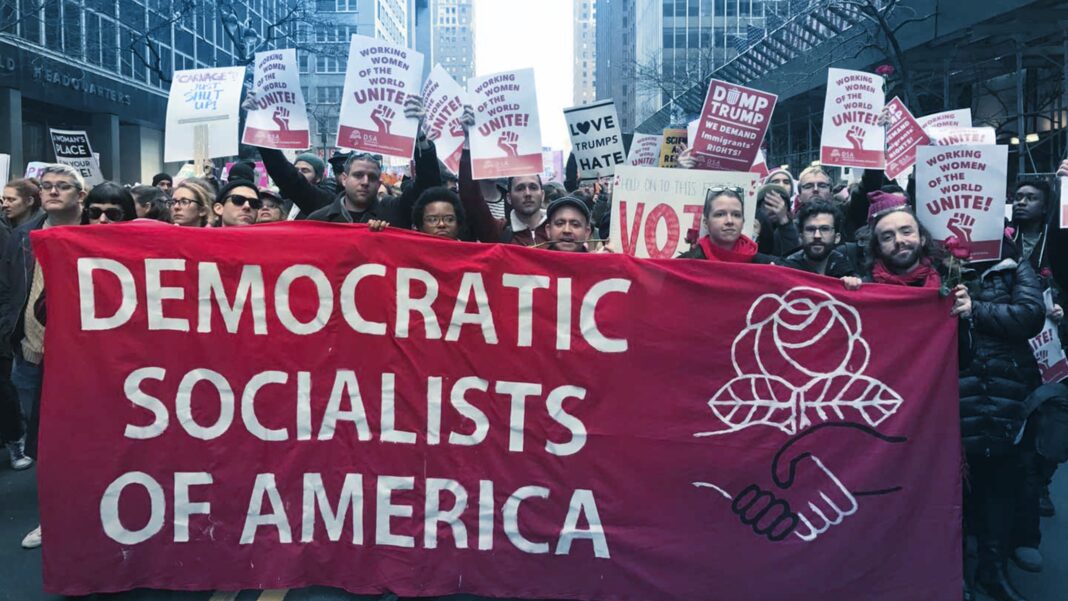 It’s back. Socialism, declared dead and buried in the ash heap of history, is back. Thoroughly discredited by the end of the 20th century, it has returned with fervor. In reality, socialism never died, because it was never merely an economic theory—it was a dogmatic creed. It never went away, and its devotees were just awaiting their opportunity.

“Socialism was the faith in which I was raised,” wrote scholar and professor Joshua Muravchik. “It was my father’s faith, and his father’s before him.” Of course, it is a false faith. Its roots are in Marxism, and Karl Marx hated Christianity even more than he opposed capitalism. Religion, he said, is the “opiate of the people.”

Socialism would prove to be one of the deadliest and most destructive ideologies ever to afflict humanity. It produced poverty, not wealth. It undermined human dignity and destroyed economies. Promising utopia, it delivered disaster. And yet, it is back.

Visit your local college campus, and you will find unprecedented numbers of middle-class American students claiming to be socialists. Almost half the young people responding to a Harris Poll early in 2020 said they would prefer to live in a socialist economy. Sen. Bernie Sanders, a self-proclaimed Democratic Socialist, led at one point in the race for the 2020 Democratic Party’s presidential nomination. Sanders is now the sage of the Democratic Party. He lost the nomination, but he may well have won the argument. The rising stars in that party, like Rep. Alexandria Ocasio-Cortez of New York, also proudly wear the socialist label. Socialism is back, and the cool kids on campus identify as socialists, acting as if the 20th century never happened.

Socialism never produces wealth; it destroys value. True socialism requires state ownership of the means of production, the means of distribution and the assignment of labor. As Iain Murray notes in “The Socialist Temptation,” “There is one single, unifying feature shared by every version of socialism: subjugation of the individual to the collective.” Socialism sacrifices liberty as it promises equality. But that equality never comes. The only winners in a socialist system are the bureaucrats in the vast, all-powerful government that socialism requires.

The Bible reveals several important economic principles. Scripture affirms the dignity of work (Ephesians 4:28) and the fact that those who refuse to work should not eat (2 Thessalonians 3:10). The Bible clearly affirms private property (Exodus 22:7) and condemns theft (Exodus 20:15) and covetousness (Exodus 20:17). Saving (Proverbs 13:22), thrift (Proverbs 21:20), land ownership (Acts 4:34-37) and investment (Matthew 25:27) are all honored in Scripture, and the Bible teaches that the laborer is worthy of his wages (Luke 10:7). Socialism contradicts or subverts every one of these principles.

The father of socialism is Karl Marx, who, along with Friedrich Engels, gave birth to one of the most heinous ideas ever to afflict humanity. Marx and Engels promised a communist revolution that would lead to utopia, with abundance and eternal peace. Instead, where the communists ruled, land was barren, wealth was destroyed, freedom evaporated and death ensued. The total victims of the communist death cult number in the untold millions, stretching from Russia and China to Eastern Europe and Cuba. Murder on a massive scale came in places like the killing fields of Cambodia and the gulags of the Soviet Union. Ideologues like Vladimir Lenin predicted that socialism was just a step on the road to communism.

Of course, Bernie Sanders and the crowds of college students wearing his T-shirts are not demanding Soviet communism. They insist that they want social democracy or democratic socialism. Many will point to Scandinavian nations like Sweden, which feature very generous welfare states. But their claims are either disingenuous or deluded. They may say they only want a welfare state, but the policies they now champion, like the “Green New Deal” or a national health care system, actually require some form of hard socialism, and socialism means taking someone else’s money and sacrificing individual possessions.

The irony, of course, is that these students are organizing themselves using the latest consumer technologies and social media platforms that are the product of market economies unleashing human innovation. They can be forgiven for being born after the collapse of the Soviet Union and the exhaustion of European socialism, but they cannot escape responsibility for demanding policies that would lead to human misery, economic deprivation and the denial of liberty.

These campus socialists actually support proposals that are far more radical than they seem to understand or the mainstream media will admit. The “Green New Deal” would bring about a government takeover of vast sectors of the economy. The stated demands of the Green New Deal really mean a massive extension of the government into every dimension of life, and the plan is actually a cover for the radical transformation of the entire society. Add a national health care system to the Green New Deal, and much of the entire economy of the United States is directly controlled by the government.

But while promising efficiency, socialism produces scarcity. Just consider the actual quality of medical care under a system like Britain’s National Health Service, especially in the treatment of diseases like cancer. Murray comments, “The UK’s survival rates for cancer and other chronic illnesses are among the worst in the developed world.”

Under the leadership of historic figures like Prime Minister Margaret Thatcher in Britain and President Ronald Reagan in the United States, the colossal failures of socialism became fully apparent. Even in nations like Sweden, socialism was replaced by its own version of a market economy. Reagan and Thatcher led a recovery of freedom and human dignity. They reconnected individual labor and the right to property. They advocated for human dignity and freedom. By then, strangulating regulation and stifling taxation were seen to be intolerable in democratic societies. And then, of course, Soviet communism reached the limits of its lies and the Soviet Union collapsed.

Socialism was dead, we were told. Clearly, that declaration was premature.

The central ideas of socialism never actually went away, and the socialist vision continued among the true believers. Bernie Sanders has been some form of socialist his entire adult life, and he is not alone. Still, it is shocking that socialism has returned with such force in today’s politics—and in the United States, no less. In the past year, the advance of Marxist thought on campuses, in boardrooms and in newsrooms, as well as in politics, has become undeniable. Many families have been stunned to hear socialism advocated at the dinner table, when their offspring come home on college break. Nationally, the Democratic Party has veered toward socialist ideas, and the left is increasingly calling the shots in that party. Joe Biden’s name may be at the top of his party’s leadership, but it is Bernie Sanders and Alexandria Ocasio-Cortez and her “Squad” who are in the driver’s seat as the party faces the future. The policies they are proposing are far more radical than most voters realize.

This is not an accident, nor is it a passing phase. The revival of socialism is a major challenge of our age. Christians must recognize that socialism, which is based on a materialist view of the world, comes with a moral urgency. Socialism promises to produce a more just and equitable world, and it advances when its opponents do not meet the socialist moral arguments with superior moral arguments. And superior arguments are readily available. Consider that Christians are called to work for a just society (Isaiah 1:17) and an economy that reduces poverty (Isaiah 58:6-11). But it is market capitalism, not socialism, that since 1990 has lifted more than a billion people worldwide out of extreme poverty.

Christians also need to recognize that socialism thrives on driving antagonism throughout the culture. The very essence of socialism is a theory of class struggle. The socialism that is gaining influence in the United States these days is packaged, often quite attractively, as a movement toward national unity. That is a lie. In “The Socialist Manifesto,” Bhaskar Sunkara, a major socialist intellectual in the U.S., applauds Bernie Sanders and the U.K.’s Jeremy Corbyn for driving “a renewal of class antagonism” in our societies. That means what you think it means—it’s a call for class warfare in the United States.

Do not be fooled when you hear promises of a kinder, gentler socialism—even if its earnest proponents mean it when they make their promise. In his courageous 1978 commencement address at Harvard University, Alexandr Solzhenitsyn declared that “socialism of any type and shade leads to a total destruction of the human spirit and to a leveling of mankind into death.” He had reason to know. He had languished in Stalin’s gulag, but the gulag did not break him.

The coming socialist storm lies before us. The battle of ideas never ceases. The Christian defense of liberty calls us—and there is much hard work for us to do.