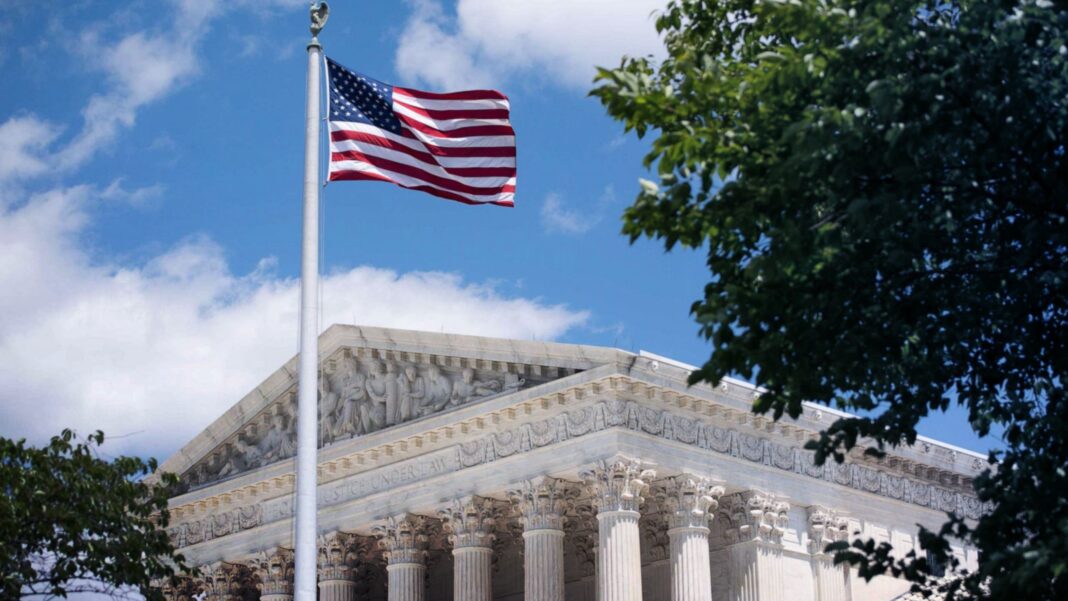 In a pro-life victory, the Supreme Court of the United States ruled 5-4 on Wednesday not to block the new Texas law banning most abortions after six weeks of pregnancy while legal challenges to that law proceed in lower courts.

A narrow majority of justices held that the abortion-provider plaintiffs had failed to meet the high standard required for the Supreme Court to issue an injunction blocking a law before it goes into effect.

Signed in May by Texas Gov. Greg Abbott (R), Senate Bill 8 effectively bans abortions in the Lone Star State the moment a fetal heartbeat is detected, which often occurs after six weeks of pregnancy. Since women do not often detect pregnancy prior to the sixth week, the law effectively bans abortions in the state. Multiple states have tried to implement similar measures only to be blocked by the courts.

The five-justice majority of Justices Clarence Thomas and Samuel Alito, and Trump-appointed Justices Neil Gorsuch, Brett Kavanaugh, and Amy Coney Barrett did not issue a published opinion with their decision, so the precise reasoning of the Court remains unclear, including whether the Texas law would survive a constitutional challenge on the merits when that question is squarely before the Supreme Court.

“The applicants now before us have raised serious questions regarding the constitutionality of the Texas law at issue,” Chief Justice John Roberts wrote in dissent. “But their application also presents complex and novel antecedent procedural questions on which they have not carried their burden.”

Roberts explained that he was dissenting because an injunction would freeze the status quo while the courts work through whether Texas’s law violates a constitutional right to abortion, narrowly leaving open the possibility that he could vote in favor of the law down the road.

Legal proceedings in the lower courts might not move forward until a citizen attempts to enforce it against an abortion provider, leaving the pro-life measure in effect indefinitely. The Supreme Court will also hear a major abortion case this term, Dobbs v. Jackson Women’s Health, and it’s possible that this case and other abortion cases will be held in abeyance until the Supreme Court renders a decision in that case.

The case is Whole Woman’s Health v. Jackson, No. 21A24 in the Supreme Court of the United States.

God bless Texas! At midnight [September 1st] a new law went into effect in the state banning all abortions after a heartbeat is detected from a baby in the womb. Since Roe v. Wade no other law has protected the lives of unborn children in the womb more than this one. I’m thankful that Governor Greg Abbott and the people of Texas stepped up to protect the most basic human right—the right to life.

Live Action, explained that the new law is the first of its kind to be successfully enforced, and further stated it has the potential to stop upwards of 85% of abortions from occurring in the state:

According to the Associated Press, at least 12 other states had previously passed legislation to protect children at the same point in gestation, none had been allowed to go into effect until now, making Texas the first state to successfully enforce such a law.

The Texas Heartbeat Act does not restrict abortion based on gestational age but on the detection of a fetal heartbeat using whatever method the abortionist deems appropriate — likely either an ultrasound or Doppler fetal heartbeat monitor. According to the law, “A physician does not violate this section if the physician performed a test for a fetal heartbeat as required […] and did not detect a fetal heartbeat.” This makes it difficult to determine how many abortions will be prevented, but it will likely be a large percentage, perhaps even greater than 85%.

“Right now in the great state of Texas, every single child with a detectable heartbeat is legally protected from being killed by the violence of abortion. This is a historic step forward for basic human rights,” said Lila Rose, founder and president of Live Action. “I applaud the brave advocates and lawmakers in Texas for passing this innovative law designed to withstand the tidal wave of attacks from abortionists and their apologists. Citizens and lawmakers must be vigilant in their defense of this law because we know that the abortion industry is determined to profit from the deaths of as many children as they can. No matter what happens going forward, today is a day for celebration and a vital reprieve for the precious children scheduled for death behind the doors of a Texas abortion business. Dozens of life affirming pregnancy centers all around the state stand by with the resources and compassion to ensure every mother and father are equipped to care for their children and families. The pro-life movement will continue fighting until every single child is protected in law and supported to live out her full potential.”

The Texas Heartbeat Act is unique in that it allows for civil penalties against those who commit or “aid and abet” an abortion once a heartbeat is detectable. As Live Action News reported in May following the signing of the law, “Though the law does not include punishments for women who undergo abortions after a heartbeat is detected in their child, it does allow private citizens to file lawsuits against a doctor that commits an abortion on such a child” as well as those who are involved in helping a woman to procure that abortion. The abortion industry responded by labeling the civil action portion of the law as an “abortion bounty.”

A preborn child’s heart begins to beat between 16 and 22 days after fertilization, but a unique human life begins at the moment of fertilization.

Abby Johnson, a former abortionist turned Pro-Life advocate who helped work on the legislation, wrote on Twitter Wednesday that an estimated 150 babies per/day will be rescued from abortion thanks to the new law.

“It’s September 1st. Know what that means?? Babies in Texas with a detectable heartbeat can’t be killed by abortion,” she exclaimed. “We are hearing that abortion facilities are cancelling appointments as we speak. We believe that at least 150 babies will be saved every single day from this legislation!! As a prolife Texan, I couldn’t be more excited! A special thanks to Texas Values who championed this bill from the start. It has been a joy to work with them on this piece of legislation!”

Generations of men and women have, through Biblical ignorance, been convinced by a godless world that such evil is acceptable. With a large percentage of churches silent on this important issue, many remain uninformed about what the Bible says about life in the womb.